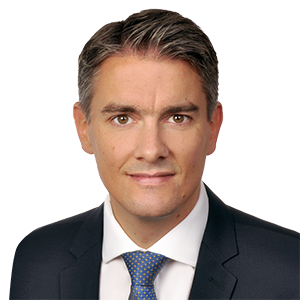 In the past years, Alexander advised and defended numerous banks and industrial companies with regard to investigations and other requests for information by German authorities, including inter alia various public prosecution departments, the German Federal Financial Supervisory Authority (BaFin), and main customs offices. Furthermore, he has a wide-range of experience in advising on investigations conducted by foreign bodies such as US authorities, including inter alia the US Department of the Treasury's Office of Foreign Assets Control (OFAC) and the Department of Justice (DoJ). Alexander has successfully represented a large number of banks and industrial companies in this regard.

Alexander studied at the Johann Wolfgang Goethe University in Frankfurt/Main and took his doctoral degree at the Université du Luxembourg in the field of German and European white-collar crime. Before joining us in 2018, Alexander had been with another international law firm in Frankfurt/Main since 2010, focusing on the areas of white-collar crime and regulatory & compliance.

On a regular basis, Alexander publishes in law journals and also the business press and, in addition, regularly gives lectures on various compliance issues. Furthermore, Alexander is visiting lecturer at different institutions of higher education (inter alia Université du Luxembourg, Frankfurt School of Management and Finance). He is also head of the working group export control at the German Institute for Compliance e.V. (DICO).

Alexander has been ranked in the category "Best Compliance Lawyers" in Germany 2020 by the leading business magazine WirtschaftsWoche.