The Australian Securities and Investments Commission (ASIC) is actively targeting breaches of financial reporting obligations, and those companies who ignore or fail to properly appreciate their rights and obligations are running significant risks.

“We are disappointed that some licensees have not heeded the message that their failure to lodge audited financial statements may result in the cancellation of their AFS licence. We continue to focus on this obligation and will take further action where licensees do not comply”.1

Generally, financial reports must be completed and lodged with ASIC within four months of the end of the financial year. Given most Australian companies operate on a 30 June end of financial year (meaning lodgment no later than 31 October in those cases), this should be at the forefront of the mind of CFOs and their reporting entities right now.

ASIC has been clear that its people are watching, and will act where necessary. To prevent coming under ASIC’s gaze and being targeted for enforcement, it is imperative that directors and officers ensure they understand and are meeting their obligations and understand the options for relief available to them.

The chances are you are likely to be a reporting entity. The Corporations Act 2001 (Cth) (Act) imposes particular financial reporting obligations on a very broad range of entities, including:

On 10 August 2015, Gina Rinehart’s private company, Hancock Prospecting Pty Ltd, and its two related entities, Hancock Minerals Pty Ltd and Hope Downs Iron Ore Pty Ltd, were convicted and fined $130,000 in the Perth Magistrates Court for failing to lodge their annual financial reports on time in contravention of section 319 of the Act.2 The companies were investigated by ASIC after it was discovered that the companies had failed to lodge their annual reports over a five-year period from 2008.

It was speculated by some that the Hancock Prospecting decision was brought about due the ‘high-profile’ nature of the company, however it appears that ASIC’s approach to-date has been across the board, with the focus being on non-conformity as opposed to publicity.

Following this decision, ASIC Commissioner Greg Tanzer stated that ASIC would “continue to take enforcement action against companies who fail to meet their financial reporting obligations.”3

Over the last year, ASIC has actively targeted several companies for financial reporting non-compliance, resulting in a raft of successful enforcement actions being taken (including a number of financial services companies being stripped of their AFS licence).

Since the Hancock Prospecting decision, ASIC has pursued action against nine other companies for failing to meet their financial reporting obligations. These have occurred across a range of business sectors including insurers, wholesale fund managers, responsible entities and providers of general financial advice, with ASIC successfully effecting cancellation of AFSLs of 100 per cent of these entities.

Each of these companies has (or had) the right to appeal to the Administrative Appeals Tribunal for a review of ASIC’s decision. However, we are not aware of any successful appeals for breach of financial reporting obligations since Re ‘SAQ’ and ASIC [2005] AATA 553 (discussed below).

The range of enforcement actions and remedies available to ASIC has the capacity to cripple almost any business.

ASIC has the discretion to impose severe civil penalties on a company and/or its director and officers (which may include deregistering a company or cancelling an AFSL holders licence),4 and may, as has been shown recently, take the further step of issuing court proceedings against a company and/or its directors and officers seeking a court declaration that they contravened the Act by failing to take all reasonable steps to comply with, or secure compliance with, their reporting obligations under the Act.

Depending on the severity of the breach/breaches, a court may also make civil penalty and/or criminal orders against a company’s directors and officers where they have acted dishonestly or fraudulently in breaching their financial reporting obligations under the Act.

A contravention of the Act by a company may also constitute a breach of a covenant or warranty (for example, to comply with all relevant legislation) contained in contractual documents that a company has entered into. Such a breach may constitute a “default event” or breach of warranty under such an agreement, providing counterparties with termination rights or a breach of warranty claim against the contravening company. Companies that are found to be in breach and penalised are made public on ASIC’s website, which may notify a counterparty to the occurrence of such an event.

The consequences for non-compliance can be far-reaching, however it appears many companies are still being caught unawares. Traditionally, the sense was that people felt this was more of an administrative requirement, and treated it as such – whereas now it is firmly under the regulator’s spotlight and is being administered with teeth. Non-compliant companies risk losing their entire undertaking, and given that having an AFSL is a critical requirement for most financial services businesses, this should be of concern and a priority for relevant companies and their directors, officers and advisers.

Failure to comply with reporting obligations can be an indicator of broader compliance concerns. With this in mind, ASIC has the discretion and power to refer a non-compliant company to other regulatory bodies, such as the Australian Prudential Regulatory Authority, the Australian Competition and Consumer Commission, the Australian Taxation Office and/or the Foreign Investment Review Board. This is something we have experienced in practice, and can compound an issue which at first instance seemed discrete.

With better awareness and systems in place, in our view several companies who have been ‘disciplined’ so far could have implemented simple and cost effective measures to address potential non-compliance.

ASIC will often give companies ‘relief’ (either class order or on a case-by-case basis) from complying with financial reporting obligations. In our experience, we have found that a lot of the time people are not even aware of the relief that might be available to them, or are not aware of the continual obligations for the purposes of maintaining such relief.

Where there is an unintended contravention of the Act as a result of conduct that is not inconsistent with the spirit and policy of the legislation, ASIC has some discretion as to how it exercises its enforcement powers. The issuing of a no-action letter is one such discretion.

A no-action letter states ASIC does not intend to take regulatory action in relation to particular conduct, although, ASIC reserves the right to withdraw or revise its position in respect of the conduct (see Regulatory Guide 108 – No-action letters).

From a company perspective (especially, from the perspective of a private company), financial accounts may also contain commercial or price sensitive information which, in the hands of a competitor, could provide them with strategic information. This “competitive disadvantage” argument was successfully used in the SAQ decision, in which the Administrative Appeals Tribunal found that the applicant should be relieved of the requirement to lodge a report under section 319 of the Act on the basis that to do so would impose “unreasonable burdens” on them.5

However, while the applicant was successful in SAQ decision, it is important to note that only in rare circumstances can the “competitive disadvantage” argument be successfully relied on in support of a claim that the financial reporting obligations impose an unreasonable burden upon a company.6 As such, this is generally not a course of action we would recommend.7 Notwithstanding this, “commercial privacy” has presumably been the catalyst for some companies engaging in “blatant and intended breaches”8 of their requirements to lodge their annual reports with ASIC, absent any grounds for doing so.

This is a reminder for the 2,393,568 companies currently registered in Australia9 that ASIC is watching; and that those directors, officers and advisers who choose to ignore or fail to appreciate the importance of their financial reporting obligations run the risk of their company being caught and penalised. 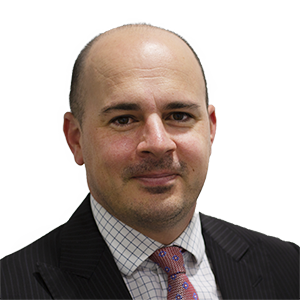 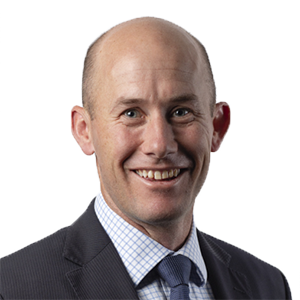