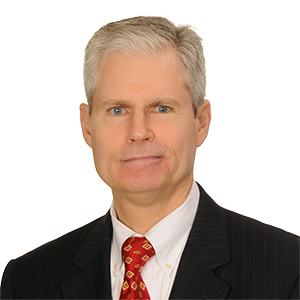 Jack Taylor, an attorney and certified public accountant, has an active practice in tax controversy, including representation of taxpayers in both administrative proceedings and litigation.  Jack has also represented clients in the resolution -- during informal negotiations and formal arbitration proceedings -- of tax sharing agreement disputes.  Over the past several years, Jack has handled numerous cases before the US Tax Court, the US Court of Federal Claims, federal district courts, and Texas district courts, and has tried cases and arbitration proceedings in New York, Washington, D.C., San Francisco, Los Angeles and Houston. A partner since 1985, he has served a wide range of clients, including high net worth individuals and companies in industries such as energy, real estate, telecommunications, transportation and professional services.

According to Chambers USA 2018 sources:  Jack "is recognized by commentators as 'a very experienced and effective trial lawyer; he's both a tax lawyer and a litigator", and "One client notes: 'He was very deliberate, well organized and methodical in his approach'."

Jack was admitted to practice law in Texas in 1978. He is also a member of the District of Columbia Bar.

Jack has actively litigated in Texas district courts, federal district courts, the US Tax Court, the US Court of Federal Claims and predecessors, and respective appellate courts.  His professional background includes Big 8 accounting firm experience prior to attending law school.

Jack's recent and notable representation as lead counsel/attorney in charge includes the following:

Jack has lectured extensively at programs sponsored by the Tax Executives Institute, the American Bar Association's Section of Taxation, the Texas State Bar Association, and the Texas Society of Certified Public Accountants. Some of his recent speeches in the tax litigation area include: