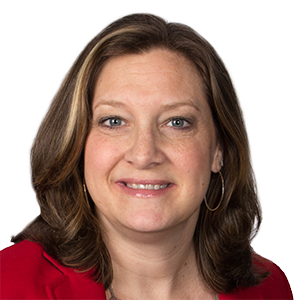 While in law school, Judi was a Commentary Editor for the Fordham Law Review. Judi is admitted to practice in New York and Connecticut and before the Court of Appeals for the Second Circuit, the United States District Courts for the Southern, Eastern and Western Districts of New York and various other federal courts.

Judi represents clients in data breach and privacy matters across a number of industries, including financial services, healthcare and technology. She has handled numerous B2B disputes resulting from cyber incidents.  Judi also handles customer/consumer/employee privacy class actions involving claims including negligence, implied contract, unjust enrichment and invasion of privacy.  One such action was recently dismissed on standing grounds.  She works closely with our cyber breach response team to advise on customer contract requirements, litigation and regulatory risk and strategy, and insurance issues.

Judi also has represented clients in employment disputes and investigations involving claims under Title VII, ADEA and ADA, as well as state employment law. She has also defended clients in connection with whistleblower claims and accessibility challenges.

Judi has worked on a number of securities-related litigations and other cases involving the financial services industry. She is lead counsel for the court-appointed receiver of a large Madoff feeder fund involved in state and federal court litigation, bankruptcy proceedings and arbitrations, and recovering significant sums for investors. Judi also acted as lead counsel for a bank in its role as indenture trustee in an interpleader action, including counterclaims and third party claims involving disputes between bondholders/liquidity providers and others, which resulted in very favorable resolution on the eve of trial. She represented a private equity firm in litigation in two federal District Courts involving investment in real estate projects in the United States and Canada. She represented and advised a large European bank on litigation-related issues arising from its role as a liquidity provider to certain special purpose vehicles in a conduit structure involving subprime obligations.

The ‘privity-like’ requirement for professional negligence

Conduct that falls within the doctrine of “in pari delicto”