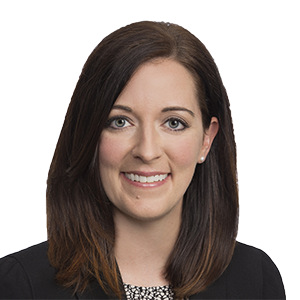 Stephanie's practice focuses on patent litigation and appeals. She is experienced at handling all phases of complex patent litigation, including written discovery and document production, fact and expert witness depositions, Markman briefing and hearings, dispositive motion briefing and hearings, trials, and mediation/settlement. Stephanie also regularly practices in the Federal Circuit, having briefed and argued numerous patent appeals on behalf of a wide variety of clients.

In addition to her patent litigation experience, Stephanie tried seven jury trials to verdict while serving as a Deputy Prosecutor for the City of Austin in conjunction with the firm's attorney loan program. Before attending law school, Stephanie worked as an engineer for a semiconductor equipment manufacturer. Following law school, she served as a judicial clerk to the Honorable Timothy B. Dyk of the United States Court of Appeals for the Federal Circuit.

Stephanie is admitted to practice before the United States Court of Appeals for the Federal Circuit and all United States District Courts in Texas.

While in law school, Stephanie was a member of the Texas Law Review and served as the Managing Director of the Legal Research Board.  Following law school, she served as a law clerk to the Honorable Timothy B. Dyk of the United States Court of Appeals for the Federal Circuit.  Stephanie is admitted as a patent attorney before the United States Patent and Trademark Office, and is also admitted to practice in the U.S. Court of Appeals for the Federal Circuit and all United States District Courts in Texas.