Two recent decisions out of the influential U.S. Bankruptcy Court for the District of Delaware address the interplay of intercreditor agreements in bankruptcy and the importance of careful drafting.  Both decisions come from adversary proceedings between lenders in connection with the massive Energy Future Holdings Corp. bankruptcy filed in 2014.

Provision at issue in Delaware Trust1 and Marathon Asset2

Both Delaware Trust and Marathon Asset concern the relative rights of first lien creditors as governed by an intercreditor agreement ("ICA").3  Both decisions also turn on the same threshold issue of interpreting the language delineating what circumstances activate a waterfall provision within the ICA.  Section 4.1 of the ICA provides the waterfall and states as follows (with emphasis added):

4.1 Application of Proceeds. Regardless of any Insolvency or Liquidation Proceeding which has been commenced by or against the Borrower or any other Loan Party, Collateral or any proceeds thereof received in connection with the sale or other disposition of, or collection on, such Collateral upon the exercise of remedies under the Security Documents by the Collateral Agent shall be applied in the following order . . . .

A related provision in section 4.2 of the ICA limits payment of cash or cash equivalent proceeds of Collateral in an insolvency or liquidation proceeding except in accordance with section 4.1—that is, overriding the default priority rules under the Bankruptcy Code.

Both cases confronted the language of section 4.1 due to the impending distributions to be made on account of the Debtors' confirmed chapter 11 plan of reorganization.  In Delaware Trust, three competing types of first lien lenders disagreed on the calculation, accrual, allocation, and payment of post-petition interest.  2016 WL 944608, at *3–5.  The ICA included post-petition interest within the definition of "Secured Obligation" that was payable as between the parties to the ICA as part of a waterfall notwithstanding the application of 11 U.S.C. § 506.  Id. at *5.  But payment required that the waterfall apply.

Likewise, Marathon Asset involved two competing types of first lien lenders—those that had contributed to a collateral account backing the Debtors' letters of credit and those that had not.  Marathon Asset, slip op. at 1.  The contributing first lien lenders filed an adversary proceeding seeking declaratory judgment that the ICA afforded them priority in the collateral account over non-contributing lenders based on provisions of the waterfall agreement in section 4.1 of the ICA.  Id. at 12–14.  These provisions, the contributing lenders argued, varied the default pari passu relationship between the first lien lenders provided in section 2.1 of the ICA.  Id. at 24–25.

In both cases, the Court honored the provisions of the ICA by acknowledging section 4.1 was enforceable if the threshold requirements were satisfied.  The Court held that the unambiguous language of the ICA, specifically section 4.3, required four elements to activate the waterfall:

These elements were not met in either case.  The Court held that distributions under the Debtors' chapter 11 plan were not amounts collected by enforcing remedies under an intercreditor agreement.  Section 4.1 did not separately designate distributions from a chapter 11 plan of reorganization as a circumstance activating the waterfall, so the only predicate circumstance for payment under the waterfall—the exercise of remedies—did not exist.

Likewise, Judge Sonchi adopted reasoning from persuasive authority that common stock issued to lien holders as a plan distribution did not constitute a return of "Collateral or proceeds thereof."  BOKF, N.A. v. JP Morgan Chase Bank, N.A. (In re MPM Silicones, LLC), 518 B.R. 740, 754–56 (Bankr. S.D.N.Y. 2014).  Thus, even if the plan distributions were on account of remedy enforcement, the distributions were not of the type governed by the waterfall.

Analysis
These opinions will likely produce mixed feelings among the lending community.  On one hand, both opinions are examples of an influential bankruptcy court continuing to honor intercreditor agreements in bankruptcy as subordination agreements pursuant to 11 U.S.C. § 510(a).  But, on the other hand, both decisions involve a court turning a hard eye towards the plain language of an intercreditor agreement.

Many intercreditor agreements follow the waterfall provision in the Model First Lien/Second Lien Intercreditor Agreement (the "Model Agreement"), which by default excepts plan distributions from the waterfall unless on account of exercising remedies.  See The Committee on Commercial Finance, ABA Section of Business Law, Report of the Model First Lien/Second Lien Intercreditor Agreement Task Force, 65 Bus. Law. 809, 845 & n. 41 (2010).  The ICA tracked the Model Agreement waterfall provision—with one important exception.  The ICA omitted a cross-reference and related provision that addresses plan distributions in the form of equity in the new or reorganized entity and that could have changed the result in these cases.

Yet even the Model Agreement contains alternative provisions that either include or exclude equity distributions from the waterfall provision.  Id. at 864 & n.88.  Careful attention to drafting new, or revising existing, intercreditor agreements is important to ensure the predicate events triggering waterfall provisions are setup as desired.  Equally important is making sure those agreements address the increasingly common situation of debt-for-equity swaps in chapter 11 plans, thereby avoiding the single-circumstance trap created by section 4.1 of the ICA at issue in Marathon Asset and Delaware Trust. 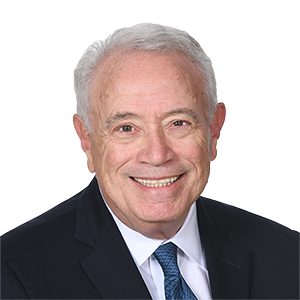