On June 28, 2018, the Securities and Exchange Commission amended the definition of “smaller reporting company” or “SRC,” increasing the number of registrants eligible for reduced disclosure.[1] [2]The amendments aim “to reduce compliance costs for these registrants and promote capital formation, while maintaining appropriate investor protections.”[3] The amendments become effective 60 days after publication in the Federal Register. Assuming timely publication, this will allow qualifying companies with fiscal year ends of September 30 or December 31 to apply the revised rules to disclosure for the 2018 fiscal year.

To qualify as an SRC under the amendments, registrants must either have (1) a public float below $250 million or (2) annual revenues less than $100 million for the previous fiscal year and either no public float or — in a departure from the proposal — public float of less than $700 million. As before, a registrant that qualifies as a SRC under the first public float test will qualify regardless of its revenues. SRC status is determined annually as of the last business day of the registrant’s second fiscal quarter. For the fiscal year following these amendments, registrants can become SRCs if they meet the revised initial eligibility requirements, which means that all existing registrants have been afforded an opportunity to meet the new “initial” thresholds.[4]

The following table summarizes the changes for a registrant making an initial eligibility determination under the amendments:


Under the new definition, a registrant that does not currently qualify as an SRC under the new definition will remain unqualified until it meets one or more lower thresholds (summarized below). Subsequent qualification thresholds are set at 80% of the initial caps. This prevents companies from entering and exiting SRC status due to relatively small fluctuations in public float or revenue.


For now, companies with at least $75 million in public float that qualify as SRCs will remain subject to accelerated filer requirements as these amendments preserve the current thresholds of “accelerated filer” and “large accelerated filer” as defined in Rule 12b-2 under the Securities Exchange Act of 1934, as amended.[5] Qualifying as an SRC will no longer automatically make a registrant a non-accelerated filer.

These amendments will significantly increase the number of companies eligible for classification as SRCs. The Commission estimates that 966 additional registrants will qualify for SRC status in the first year under the new definition.

[2] Some examples of reduced disclosures for SRCs include:

However, Item 404 of Regulation S-K still subjects SRCs to certain additional disclosure requirements, such as identifying the issuer’s parent(s) and basis of control and providing an additional year of related party disclosure.

[4] “For purposes of the first fiscal year ending after effectiveness of the amendments, a registrant will qualify as a SRC if it meets one of the initial qualification thresholds in the revised definition as of the date it is required to measure its public float or revenues (the “measurement date”), even if such registrant previously did not qualify as a SRC.” See the Release at 11.

[5] For example, accelerated filers are required to comply with certain timing for periodic report filing and must provide an auditor’s attestation of management’s assessment of internal control over financial reporting (as required by Section 404(b) of the Sarbanes-Oxley Act of 2002). However, this may soon change. The Release states Commission staff is currently considering “the historical and current relationship between the SRC and ‘accelerated filer’ definitions” and “has begun work to prepare these recommendations.” See the Release at 32. 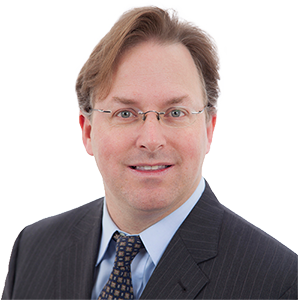