On June 28, 2017, the Supreme Court of Canada released its highly anticipated decision in Google Inc. v. Equustek Solutions Inc. (2017 SCC 34). In a 7-2 ruling, the Court upheld a worldwide interlocutory injunction issued by the Supreme Court of British Columbia and confirmed by the Court of Appeal of British Columbia that requires Google not index certain websites anywhere in the world. Google had agreed to an order on consent to de-index certain web pages from google.ca, but the court concluded that this was not good enough. This decision will be relevant to clients who have difficulty enforcing trademark, counterfeit and other IP-related decisions online, but may cause difficulties for those companies that offer distinct web-based services across multiple jurisdictions.

The majority viewed the granted injunction as “interlocutory,” and therefore discretionary, and entitled to a high degree of deference, which may make similar future injunctions more resistant to appellate intervention. (This characterization was strongly resisted by the minority who was of the opinion that the decision in the circumstances of this case was effectively final.) Based on this finding, the majority decided the case on classic interlocutory injunction principles as set out in the leading case of RJR—MacDonald Inc. v. Canada (Attorney General), [1994] 1 S.C.R. 311. In their view, there was a strong prima facie case against defendant Datalink, continuing irreparable harm to the plaintiff Equustek and a balance of convenience that favoured the grant of the injunction against Google. The evidence was that it would not be particularly onerous for Google to delist the defendants’ website worldwide.

Injunctions can issue against non-parties

Google was not a party to the litigation and the court attached no fault or liability to Google. However, it was common ground that the ability to locate the defendants’ websites by a Google search was indirectly facilitating the defendant in continuing to infringe—the court referred to Google as “the determinative player" in this respect. The majority considered that there was ample authority to order an injunction against a non-party where it was necessary to give effect to a court order. As examples, the majority referred to Norwich orders where information can be obtained from non-parties, where necessary, to assist a plaintiff to locate wrong-doers, and to Mareva injunctions where a court can order the preservation of goods in the hands of third parties. Much like a Norwich order or a Mareva injunction against a non-party, the court considered that the interlocutory injunction in this case “flows from the necessity of Google’s assistance in order to prevent the facilitation of Datalink’s ability to defy court orders and do irreparable harm to Equustek.”

Perhaps the most controversial aspect of the decision was the court’s view of the appropriateness of making an order, which would have extra-territorial effect. Once the court establishedin personam jurisdiction, and where it is necessary to ensure the injunction’s effectiveness, the court decided that it could grant an injunction enjoining that person’s conduct anywhere in the world. By the time this case reached the Supreme Court, there was no longer an issue of the court’s in personam jurisdiction over Google based on the advertising revenue received from Canada in connection with its search service so the principle dispute was over whether the injunction would be effective and was necessary to protect Equustek from irreparable harm pending a final resolution of the case. The court concluded that the worldwide nature of the injunction was necessary in the circumstances of this case.

In this and in the recently released Douez v. Facebook case (2017 SCC 33), the Supreme Court of Canada has shown itself very sensitive to the particular borderless nature of the Internet. In Facebook, the Court was prepared to overrule the parties’ choice of a California forum to settle their disputes to maintain the Canadian action in British Columbia. In Equustek the court acknowledged that the Internet has no borders, saying “it’s natural habitat is global,” and that the problems it creates are equally global. As in Facebook, the Court was prepared to hold global Internet companies to account in Canada whether their actions are specifically tied to Canada and apparently even where they try to restrict the application of Canada law. 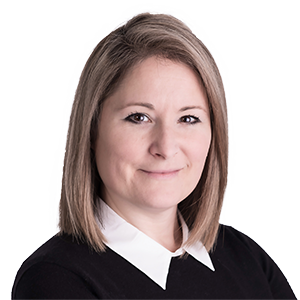 Blockchain law: Can there be law without people?

Robert Schwinger takes a deep dive into the issue of legal responsibility when dealing with “smart contracts.”