The US Securities and Exchange Commission (SEC) proposed new municipal securities regulations last month. The proposal could be a bellwether for the Administration’s ability to prevent unnecessarily burdensome federal regulations and promote increased investment in public infrastructure.

The proposed regulations would (a) require more than 35,000 State and local governments to undertake extensive new reporting obligations when they issue municipal securities and (b) flood investors and brokers with millions of pages of dense financial contracts each year. In proposing the regulations, the SEC enormously understated the expected compliance burden. Based on a survey of its members, a national lawyers association has told the U.S. Office of Management and Budget (OMB) that the SEC understated the compliance burden that it did recognized by a factor of more than 100, and that the SEC failed to recognize even greater burdens. It also asked the OMB to enforce the SEC’s duties under the Paperwork Reduction Act (the PRA), citing the President’s January Executive Order, “Reducing Regulation and Controlling Regulatory Costs.”  The Executive Order is not binding on the SEC (an independent federal agency), but is binding on OMB.

Municipal securities are the principal source of funds for public infrastructure in the US Accordingly, OMB’s reaction to the proposed regulations could be a bellwether both for the Administration’s regulatory reform efforts and also for its commitment to increase investment in public infrastructure.

Proposed amendment. The proposed regulations would amend SEC Rule 15c2-12 to impose additional requirements to produce and collect information, so they are governed by the PRA. Specifically, the amendment requires issuers and other obligated persons (issuers), when they issue municipal securities, to contract to file notices of additional events with the Municipal Securities Rulemaking Board (MSRB) for the life of the securities. The additional events include (a) incurring or amending a “financial obligation,” if material, and (b) a default or similar event under a financial obligation that reflects financial difficulties. For these purposes, the amendment defines “financial obligation” to include a loan, lease, hedge, or monetary judgment, but to exclude securities (like publicly offered bonds) for which an official statement has been filed with the MSRB. In addition, when municipal securities are issued, the amendment requires underwriters to obtain and review official statements that describe the contract and breaches of prior contracts, if material, and to sufficiently review issuer records to conclude that the descriptions are complete. Under other SEC and MSRB rules, brokers must obtain and review relevant event notices before effecting secondary market transactions in municipal securities.

SEC underestimates. The SEC grossly underestimated the burdens imposed by the amendment. Its estimates missed the mark for several reasons. First, it relied on prior SEC estimates without taking into account either changed practices or differences in the currently proposed amendment or substantial prior criticism of the prior estimates. Second, it failed to estimate the time required for 35,000 issuers to identify and evaluate events for materiality, whether or not those issuers are among the 2,000 that the SEC estimates to have to report additional events each year. Third, it assumed that underwriters would use procedures that are far less time-consuming than those the SEC previously said they must follow. Fourth, the SEC failed to recognize that, due to recent SEC enforcement actions and its longstanding refusal to give any other guidance on when an event is “material,” issuers will file notices of many events (and underwriters will review many financial obligations) that are not, in fact, material. (In its so-called MCDC initiative, the SEC made expansive readings of “material” to impose EDGAR-like compliance requirements on issuers, even though the SEC does not have statutory authority to do so directly. It also imposed cease-and-desist orders on underwriters accounting for 96% of the municipal securities primary market, making them understandably reluctant to risk a wrong call on materiality.)  Lastly, the SEC altogether failed to estimate the compliance burdens on brokers operating in the secondary market, which could be the largest burden caused by the amendment.

To test the SEC’s estimates, the National Association of Bond Lawyers (NABL) conducted a survey of its members, the vast majority of whom represent issuers or underwriters in municipal securities offerings and, therefore, are knowledgeable about likely burdens. Based on the survey, NABL estimated that actual annual compliance burdens for issuers and underwriters will be more than 100 times greater than estimated by the SEC, and the annual compliance burdens for brokers acting in the secondary market (which the SEC failed to estimate) will be substantially greater:

“Do as I say, not as I do.” These differences are so great that they suggest either (a) a reckless disregard by the SEC for its duties under the PRA or (b) a gross misunderstanding by the SEC of the municipal securities market that the it proposes to regulate. Had an issuer used similar, seemingly unfounded estimates of future performance in an offering document, the SEC almost certainly would have asserted that they were not made in good faith, or that they did not have a reasonable basis, and as a result that they violated the antifraud provisions of the federal securities laws.

Paperwork Reduction Act. The PRA requires federal agencies to make certain certifications to OMB when they propose regulations that require productions or collections of information. Among others, the agency must certify that the regulations employ “plain, coherent, and unambiguous terminology” and will be “understandable to those who are to respond.” 1 The SEC concluded that “material” must be understandable because that term is used elsewhere in the existing rule. But can a rule be understandable if it is violated by market professionals who account for 96% of the primary municipal securities market?

The PRA also requires federal agencies to publish estimates of burden when they propose new collection and production requirements and to notify the public of its right to comment on the requirements to the agency and OMB. In the past, NABL commented on the SEC’s overly low estimates of burden to the SEC only, out of deference to it. NABL’s comments made very clear, however, that the SEC’s estimates were far off. For example, in a 2009 comment letter, NABL said “The Commission’s estimates of costs and other regulatory impacts so greatly underestimate the likely impact of the amendments that the Commission staff should recompute and resubmit its impact estimates to the Office of Management and Budget for further review.”  Given the SEC’s failure adequately to respond to prior challenges to its estimates, this time NABL filed its comments with OMB.

Executive Order. In addition, since the January Executive Order, “[i]t is the policy of the executive branch to be prudent and financially responsible in the expenditure of funds, from both public and private sources. In addition to the management of the direct expenditure of taxpayer dollars through the budgeting process, it is essential to manage the costs associated with the governmental imposition of private expenditures required to comply with Federal regulations.” 3 While the Executive Order may not be binding on the SEC, due to its statutory independence, it is binding on OMB and may give direction to OMB in discharging its duties under the PRA.

NABL request. Municipal securities are the principal source of funding for public infrastructure in the US It is widely recognized that substantially greater investment in U.S. public infrastructure is needed. The proposed amendment would substantially increase the burdens imposed on state, local, and tribal governments when and after they issue municipal securities. Those burdens would, in turn, decrease resources available to invest in public infrastructure. For these reasons, as well as to enforce compliance with law, NABL asked OMB to require the SEC to comply with the requirements of the PRA in acting on the proposed amendment.

More specifically, NABL asked the Director of OMB to file comments with the SEC to the effect that (a) the amendment imposes ambiguous and overly burdensome paperwork production and collection requirements, and (b) the SEC’s estimates of burden are inadequate and should be reassessed in light of current market practice.

NABL also urged the Director to disapprove the amendment unless the SEC (a) makes careful, well-informed, rigorous, and complete cost estimates in evaluating the benefits and burdens of the amendment and (b) revises it to draw clear lines that eliminate any obligation to provide or collect information that is not sufficiently important to warrant reasonably expected burdens.

While the SEC is empowered to override any disapproval of the amendment by OMB, it seems unlikely to do so, especially if Chairman-Designate Clayton is confirmed before the SEC acts. 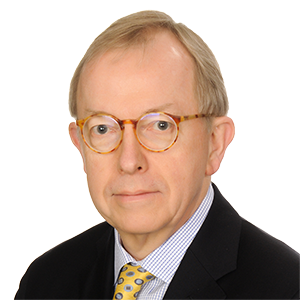