JASTA's stated objective is to "provide civil litigants with the broadest possible basis ... to seek relief against persons, entities, and foreign countries, wherever acting and wherever they may be found, that have provided material support, directly or indirectly, to foreign organizations or persons that engage in terrorist activities against the United States." To accomplish this stated objective, JASTA makes a number of changes to existing US law. In other respects, JASTA makes no changes to existing law.

The Foreign Sovereign Immunities Act (FSIA) provides foreign states and their instrumentalities with immunity from being sued in US courts unless one of the specified exceptions set forth in the FSIA applies.

Prior to JASTA, the FSIA provided that a foreign state could not be sued in US courts for an act of international terrorism unless it had first been designated by the US government as a "state sponsor of terrorism." Currently, there are three such designated states:  Iran, Sudan, and Syria.

JASTA (Section 3) eliminates this limitation.  As a result, any foreign state may now be sued in US courts for acts of international terrorism that cause injury in the United States.

This change narrows the immunities afforded foreign states under the FSIA. This  change does not change any immunities or protections afforded to private foreign individuals or companies. In this respect, to the extent that a foreign individual is a head of state or otherwise qualifies as a "politically exposed person," the FSIA does not provide sovereign immunity per the US Supreme Court's ruling in Samantar v. Yousuf, 560 US 305 (2010). Per Samantar, the FSIA's protections apply only to entities, such as foreign states and their instrumentalities and agencies, not to individuals. In the absence of the FSIA, a "politically exposed person" instead must rely on common law doctrines of sovereign immunity. JASTA does not change any of these common law immunities.

Prior to JASTA, certain US courts had construed the FSIA to allow claims against foreign states for an act of international terrorism only when both the alleged injury and terrorist act occurred within the US. This is known as the "entire tort" requirement. For example, in a case arising from the September 11 attacks, the "entire tort" requirement was relied upon by a court to dismiss claims brought against the Saudi Joint Relief Committee and the Saudi Red Cross Society because their alleged terrorist acts—donations to charities supporting Al Qaeda—"occurred abroad." In re Terrorist Attacks on Sept. 11, 2001, 134 F. Supp. 3d 774, 781 (S.D.N.Y. 2015).

JASTA (Section 3) eliminates the "entire tort" rule and replaces it with a rule that allows for claims to be brought in US courts against foreign states for injuries to persons or property in the US "regardless where the tortious act or acts of the foreign state occurred."

Again, this change applies only to the immunities afforded foreign states under US law. It does not make any change in the law with respect to private foreign individuals or private foreign companies.

JASTA provides for US government control over lawsuits

Counterbalancing its narrowing of foreign sovereign immunity, JASTA contains an important limitation on the lawsuits that can be brought in US courts against foreign states. Specifically, Section 5 provides the US government with the authority to intervene in any such lawsuit, and permits the courts to stay the lawsuit if the US government certifies that it is "engaged in good-faith discussions with the foreign state defendant concerning the resolution of the claims against the foreign state, or any other parties as to whom a stay of claims is sought." These stays, though limited in general to 180 days, "shall" be renewed so long as the US government recertifies that negotiations are ongoing. Effectively, this provision could result in an indefinite delay of any lawsuit brought against a foreign state under JASTA.

JASTA does not change sovereign immunity for assets of foreign states

JASTA, on its face, does not change the attachment immunity provisions of the FSIA. Accordingly, while JASTA now allows a plaintiff to obtain jurisdiction over a foreign state for alleged acts of international terrorism regardless of whether that foreign state is designated as a "state sponsor of terrorism" or the "entire tort" occurred in the US, JASTA does not itself allow for execution against that foreign state's US assets. Instead, to collect on any judgment arising from a JASTA-based case against a foreign state, one of the pre-existing FSIA exceptions to attachment immunity still must apply.

For a foreign state, generally, the FSIA's threshold condition for an exception to attachment immunity is that the property in question be "property in the United States of the foreign state" that is "used for a commercial activity in the United States."  If this condition is satisfied, one of seven specific exceptions then must apply: (1) the foreign state waived its immunity from attachment explicitly or implicitly; (2) the property is or was used for the commercial activity upon which the claim is based; (3) the execution relates to a judgment establishing rights in property taken in violation of international law; (4) the execution relates to a judgment establishing rights in non-diplomatic property acquired by succession or gift or which is immovable and in the U.S.; (5) the property arises from contractual obligations to indemnify or hold harmless the foreign states under a policy of automobile, liability or casualty insurance; (6) the judgment is based on an order confirming an arbitral award; and (7) the judgment relates to a claim for acts of terrorism by a designated state sponsor of terrorism.

Prior to JASTA, courts construed the ATA to prohibit claims against a defendant unless that defendant was the proximate cause of and primarily liable for a plaintiff's injuries. For example, in one case arising from the September 11 attacks, claims against two banks and a number of Saudi investors were dismissed in part because the court held that "a defendant cannot be liable under the ATA on an aiding-and-abetting theory of liability." In re Terrorist Attacks on Sept. 11, 2001, 714 F.3d 118, 123–24 (2d Cir. 2013).

JASTA eliminates this restriction and allows for secondary liability, i.e., claims based on aiding and abetting or conspiracy claims. However, it only does this with respect to acts of international terrorism committed, planned, or authorized by an organization that was, at the time, designated as a "foreign terrorist organization" by the US government. Specifically, JASTA (Section 4) expands the ATA to include claims against any person who "aid and abets, by knowingly providing substantial assistance" or who "conspires with the person who committed" any act of international terrorism by a designated "foreign terrorist organization."

The current list of designated "foreign terrorist organizations" can be found on the US Department of State website. As was the case before JASTA, it is good practice for any person, and particularly a "politically exposed person," to check this list before undertaking any relationship with an unknown person or entity. With JASTA's expansion of the ATA to include secondary liability, it is likely that use of this list will increase.

JASTA applies to any civil lawsuit pending on, or commenced on or after, the date it was enacted (September 28, 2016) and arising out of an injury to a person, property, or business occurring on or after September 11, 2001. 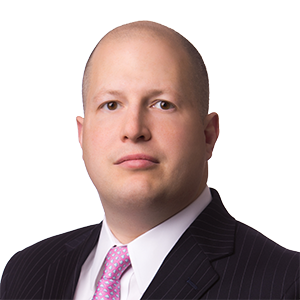