Employers scored a win on Thursday, May 19, 2016, in a unanimous decision by the U.S. Supreme Court that a business sued by the U.S. Equal Employment Opportunity Commission (EEOC) need not prevail on the merits of a case to be eligible for an award of attorneys’ fees where the claim is frivolous, unreasonable or groundless.  The decision will force the EEOC to better investigate and try to settle claims before running to court with a questionable case that is likely to be dismissed either on substantive or procedural grounds.

The justices vacated the Eighth Circuit’s decision that defendant, CRST Van Expedited Inc. (CRST), was not entitled to an attorneys’ fees award of more than $4 million because it did not obtain a favorable judgment on the merits.  The justices stated that the Eighth Circuit’s conclusion was incorrect and that common sense dictated a defendant should be eligible for receiving fees whenever the plaintiff’s claim is rebuffed, even if the court rejects the plaintiff’s claim for a non-merits reason.  However, the Court passed on the issue of whether the EEOC’s claim was frivolous, unreasonable or groundless and remanded the case to the Eighth Circuit to determine whether the fee award should be upheld.

CRST is a trucking company that utilizes a team driving system under which two employees share the duties of driving a single truck.  In order to graduate the training program, a rookie driver must take a 28-day road trip with a veteran driver.  In 2005, driver Monika Starke filed a charge with the EEOC alleging that during her training road trip two male veteran drivers sexually harassed her.  The EEOC conducted an investigation of Ms. Starke’s charge, and a year and a half later informed CRST that it had found reasonable cause to believe that Ms. Starke and a class of employees had been sexually harassed in the training program.  The EEOC offered to conciliate the matter, however, after discussions the EEOC and CRST were unable to reach an agreement.  The EEOC then filed suit against CRST in September 2007, and sought relief for over 250 women allegedly subjected to a hostile work environment based on sexual harassment in the CRST new-driver training program.

The District Court dismissed the EEOC’s claims on a variety of grounds including failure to produce the women for deposition, expiration of the statute of limitations, judicial estoppel, the employee’s failure to timely report the alleged harassment, and the lack of severity or pervasiveness of the alleged harassment.  The District Court also barred the EEOC from seeking relief on behalf of another 67 women on the ground that the EEOC had not made a good faith attempt at conciliation.  The Eighth Circuit upheld the District Court’s dismissal of a majority of the EEOC’s claims but did not uphold the District Court’s fee award because CRST had not prevailed on the merits of the claims.

The Supreme Court found that the Eighth Circuit’s ruling precluding CRST from recovering attorneys’ fees conflicted with precedent in three other circuits where the EEOC’s claims had been dismissed for failure to satisfy its pre-suit obligations.  Though the justices did not spell out a precise test to determine when a defendant is considered the prevailing party, they noted that there is no indication that Congress intended for defendants to only be eligible to recover attorneys’ fees when courts dispose of claims on the merits.

Businesses still have a heavy burden to meet in order to recover fees in a discrimination case, because they must show that the claim was either frivolous, unreasonable or groundless.  However, the Supreme Court’s decision in CRST has somewhat eased the burden and placed the onus on the EEOC to ensure that a thorough investigation has been conducted and all efforts at conciliation have been exhausted. 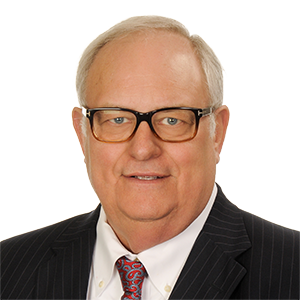