The global climate deal reached in respect of aviation at the International Civil Aviation Organisation’s (ICAO) General Assembly in September and October 2016 has been hailed in the press as a historic first. This briefing looks at the detail of the new scheme, what it will mean for airlines and how this compares with their current obligations under the EU emissions trading scheme (EU ETS).

In 2008, claiming that there had been insufficient progress at an international level to tackle CO2 emissions from civil aviation, the EU passed the Aviation Directive1, which included civil aviation in the EU ETS for the first time. The EU ETS sets a cap on emissions allocating tradeable allowances to aircraft operators within that cap, which applied to all operators flying into or from airports in the European Economic Area (EEA), regardless of their place of incorporation and for the full amount of CO2 emitted during the flight, irrespective of where it started.

The extension of the scheme to aviation was controversial and resulted in some non-EU operators being prohibited from complying with it by their governments, and a number of major US airlines launching legal action to (ultimately unsuccessfully) challenge the validity of the EU ETS with respect to aviation.

In order to give ICAO the opportunity to agree an acceptable alternative global scheme, the “Stop The Clock Regulation2” was passed in 2014 to suspend full compliance for international flights in and out of the EU with the scheme until December 31, 2016, providing that the scheme covered only flights operated within the EEA in the interim.

On 7 October, the delegates of almost 200 countries approved a global market-based measure (GMBM) to limit and offset emissions from the aviation sector under the name of Carbon Offsetting and Reduction Scheme for International Aviation (CORSIA). ICAO estimates that, as at October 6, 2016, 65 States (including EU member states, member states of the European Civil Aviation Conference (ECAC) and the EU itself), representing more than 86.5 per cent of international aviation activity, intend to participate voluntarily in the GMBM scheme from its outset.

CORSIA’s purpose is to offset any annual increase in total carbon emissions from international civil aviation above the 2020 levels while taking into account any special circumstances and the respective capabilities of ICAO member states – addressing particular concerns of developing countries. It is important to clarify that ICAO’s scope is limited to international air transport emissions: therefore, CORSIA is to apply exclusively to international routes (i.e. those flights that originate in one country and terminate in another). Countries’ domestic carbon emission commitments will be addressed under the Paris Agreement (the international agreement, which sets out a global action plan to limit global warming, that is due to enter in force in 2020).

Although the full detail of the scheme is still to be fleshed out, the main points are as follows:

Under CORSIA, the average level of carbon emissions from international aviation covered by the scheme between 2019 and 2020 will represent the basis for carbon neutral growth from 2020, against which emissions in future years will be compared. In any year from 2021 when international aviation carbon emissions covered by the scheme exceed the average baseline emissions of 2019 and 2020, this difference will then represent the sector's offsetting requirements for that given year.

Although the details are still to be set out by ICAO in the coming months, CORSIA will require international aviation to address and offset its carbon emissions through the reduction of such emissions elsewhere (outside of the aviation industry) involving the concept of “emission units” where one emission unit equals one ton of CO2.

CORSIA is to take a route-based approach where all operators operating on the same route will have the same offsetting obligations and therefore be treated equally (i.e. no discrimination based on the nationality of the aircraft) – following a basic principle of the Chicago Convention (non-discrimination on nationality grounds).

In addition, CORSIA contemplates the concept of a “new entrant” where a new aircraft operator will be exempted from the application of CORSIA for a three-year period or until the year in which its annual emissions exceed 0.1 per cent of total emissions in 2020, whichever occurs earlier.

Other important aspects of CORSIA as it is presently set out are that cost safeguards against price hikes in the GMBM will be incorporated and that states that have voluntarily complied with CORSIA will be able to opt-out until 2026.

Reaction of the European Commission

The “Stop The Clock Regulation” states that the European Commission will consider and provide a full report to the European Parliament and the Council on the outcome of the General Assembly’s discussions. No time frame is given, although we can be sure that there will be action ahead of expiry of the derogation on December 31, 2016.

The European Commission has already welcomed the new scheme as “a decisive step”, noting that the EU played an instrumental role in brokering the deal. While some note that the scheme is only voluntary until 2027, its anticipated geographic spread makes it unlikely that the EU will retain its EU ETS scheme with respect to aviation in the long term.

However, there is still the risk of patchwork regulation on carbon emissions where the EU could potentially adopt a separate and different carbon emission scheme. Sources have indicated that members of the European Parliament have already expressed concern over the limited ambition of CORSIA, particularly with respect to the first voluntary implementation phase, as some consider that carbon emission goals will not be met. Moreover, since CORSIA will only affect international routes, states (and presumably the EU) will continue to have the capacity to enact local carbon emission offsetting initiatives and airlines may be forced to comply with overlapping carbon emission offsetting measures. It remains to be seen in the coming months what position the different EU political bodies will adopt before a concerted measure is adopted by the European Commission by the 31 December deadline. 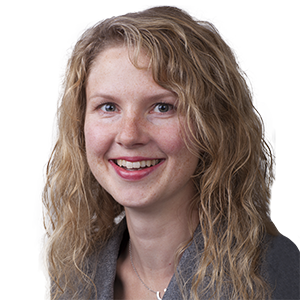