In a recent decision, Mohammad,1 the Ontario Court of Appeal confirmed that an insured’s duty to make full and frank disclosure remains expansive. All facts that are material to the insured risk must be disclosed by the insured when making an application, even in the absence of specific questions about specific risks.

The insured in Mohammad was formerly a member of a terrorist organization. He had participated in the storming of a civilian aircraft in 1968, “throwing grenades and firing live rounds at the occupants,” which resulted in various criminal convictions (including for manslaughter) in Greece. The insured was released from prison and later came to Canada fraudulently, using an alias.

While in Canada, the insured applied for life insurance to obtain a mortgage. The application did not ask any questions about citizenship or residency status, nor about crimes or criminal convictions. However, the application included a general statement to the effect that the insurer “requires complete and accurate answers in order to provide insurance…”

The insured disclosed he had “[j]ust arrived in Canada from Spain,” but he otherwise failed to disclose his past activities.

The insured was deported from Canada in 2013. He died in 2015. His spouse then made a claim against the life insurance policy. The insurer refused the claim, which prompted a claim by the insured’s spouse.

Opposing summary judgment applications were brought and, at first instance, judgment was granted against the insurer. The insurer appealed.

The Ontario Court of Appeal decided the first-instance justice made a palpable and overriding error. The insured failed to reveal facts that were material to the risk (in this case, the fact his prior criminal activity and illegal entry into Canada could result in a serious risk of physical harm if deported) when the insurer had no reasonable basis to suspect material information was being withheld. The insured’s failure to reveal material facts was contrary to both his insurance policy and the applicable statutory disclosure obligation.2

Perhaps most importantly, the absence of specific questions in the application form did not eliminate the deceased’s disclosure obligation. The deceased fully knew that his past activities put his life in jeopardy, and he intentionally and fraudulently concealed his past from his insurer.

Despite its unusual facts, Mohammad addresses an important and broadly applicable principle of insurance law relating to the disclosure obligations of insureds. It is a long-standing principle of insurance law that an applicant must disclose any information that is material to the insurance being applied for, and this case confirms the principle applies regardless of whether a specific question is asked in the application form. 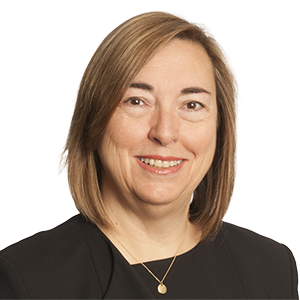