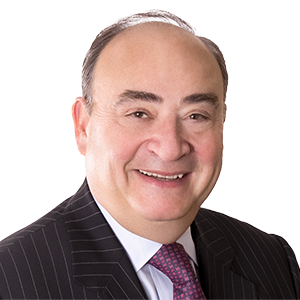 Paul Jacobs is primarily engaged in the practice of corporate and securities law, including mergers and acquisitions, public offerings, private placements, joint ventures and licensing arrangements. He has been consistently recognized by his peers and various publications as a leading corporate lawyer in a number of fields, including private equity and venture capital.  For 15 years Paul was Co-Head of the Corporate, Business and Banking Department at Fulbright & Jaworski LLP.

Paul represents companies and investment groups engaged in mergers and acquisitions activities, leveraged buyouts, venture capital activities and other financing arrangements; foreign companies that have US subsidiaries; and foreign companies selling securities in the US markets. He represents a number of publicly traded companies and has represented several special committees (including audit committees) of the boards of directors of publicly traded companies. He has served as a director of several publicly-traded and private companies and participated on the advisory committee of two different venture capital groups. He has particular expertise in companies focused on technology, all aspects of healthcare and retailing.

Paul was admitted to practice in New York in 1971.

Mr. Jacobs has more than 45 years of corporate and securities law experience representing: