In March 2017, the European Commission (Commission) cleared the $130 billion merger of Dow and DuPont after receiving substantial commitments from the agrochemical companies.

The Commission had two concerns relating to pesticides markets.

The first was that the merged entity would have a very high market share in a number of markets, with few other competitors remaining.

The second, given separate billing in the Commission press releases, was that innovation in pesticides would be significantly reduced, as the parties’ incentives to develop and bring new pesticides to market would be removed.

The emphasis given to this second concern is somewhat novel, and has led to significant criticism of the Commission’s approach. To what extent should an authority concern itself with the possible competitive harm arising where two major innovators merge?

The Commission’s Horizontal Merger Guidelines explain that a merger between an incumbent and a potential competitor can give rise to anti-competitive effects wherethe “potential competitor significantly constrains the behaviour of the firms active in the market.” The Guidelines also list “the effect on innovation” as a factor which must be considered in merger control, noting that effective competition may be “significantly impeded by a merger between two important innovators, for instance between two companies with ‘pipeline’ products related to a specific product market”. This is not the first time the Commission has referred to innovation in a merger decision, with (for example) GE/Alstom, Bayer/Aventis and Glaxo Wellcome/Smith Kline all highlighting the potential negative effects of the mergers on innovation in the affected markets. However, this is the first time that the Commission has peered so deeply into the innovation pipeline. In the cases above, and other cases where the Commission has reviewed anti-competitive effects on innovation in any depth, its analysis has generally been limited to the existing product markets affected and the effects of the merger on innovation within or relating to those defined markets.

In the pharmaceutical industry, where R&D is a key competitive dynamic, the Commission has also commonly reviewed pipeline products where they have reached “Phase III” (the most advanced stage of clinical trials/research pre-marketing/commercialisation) and where the product is likely to compete with either an existing product of the other party or comparable pipeline products. This approach, in line with the Guidelines discussed above, recognises the “lack of precise indications as to the chances of bringing successful products to the markets” makes a proper assessment of merger effects on general R&D “far more difficult” (Pasteur-Merieux/Merck). The rationale for this approach is clear. These pipeline products operate as a similar competitive constraint to existing products, and the merger would allow the parties to internalise that constraint, and either scrap one of the pipeline products or raise prices across both.

In more recent decisions, the Commission has dug deeper, going beyond more late stage pipeline products to analysing products at much earlier stages of development. For example, in GSK/Novartis the Commission considered products in Phase I and Phase II trials despite the parties suggesting that these earlier stage trials “do not provide a reliable indicator of likely future market situations” given the uncertainty of their success. In response to this, the Commission pointed out that “a concentration may not only affect competition in existing markets, but also competition in innovation and new product markets” and that “the effects of a concentration on competition in innovation in this type of situation may not be sufficiently assessed by restricting the assessment to actual or potential competition in existing product markets”.

Similar concerns of a “lessening of innovation competition” were made in Pfizer/Hospira. However, in both of these cases, the Commission’s eye was still firmly on relatively specific markets, with innovation discussed in relation to infliximab and biosimilars in Pfizer/Hospira and MEK and B-Raf inhibitors in GSK/Novartis.

Prior to Dow/DuPont the Commission had started looking more generally at affected R&D markets. In GE/Alstom (2015), the Commission raised concerns about innovation in relation to heavy duty gas turbines. These concerns were not in relation to specific pipeline developments, but concerned the parties’ relative market positions. Among other things, Alstom’s R&D spend and headcount showed it was a strong innovative force. The Commission required divestment to allow the acquirer, Ansaldo, to “replicate Alstom as an important innovator”.

In Dow/DuPont itself, the Commission found that the merged entity would have lower incentives and a lower ability to innovate than Dow and DuPont separately, and that the deal would remove incentives to develop new pesticides to bring to market. The concerns arose not in relation to particular pipeline products, but as regards the general overlap of the parties’ R&D activities in respect of pesticides, where the companies were two of just five globally integrated R&D players. To remedy its concerns, the Commission required the divestment of much of DuPont’s global pesticide R&D organisation.

So to what extent should authorities concern themselves with the possible competitive harm arising where two major innovators merge? The jury remains out.

On the one hand, the economic literature on the effects of mergers on innovation is not clear. It may seem intuitive that the fewer market participants there are, the less any one company feels competitive pressure to innovate. This thinking is supported by some within the Commission with the Commission’s Chief Economist Tommaso Valletti having co-authored a paper published in June 2017 which concluded “A merger tends to reduce overall innovation. Consumers are always worse off after a merger [with regards to innovation]”. However, the counter argument is that innovation only reaps rewards when the innovator stands a reasonable prospect of recouping its investment – i.e. where there are fewer innovators, innovation may be more likely to reap rewards.

On the other hand, increased concentration in the markets subject to assessment may mean that deeper scrutiny is justified to some degree. In GE/Alstom, for example, only Siemens would have been a viable competitor. However, there must come a point at which delving into the pipeline becomes too speculative to be justifiable. There is also a risk that we will see an increasing burden on merging parties to provide documents and information to deal with the Commission’s concerns. Firms and their advisers may have to factor the administrative workload into pre-notification periods, as well as the substantive assessment of any deal.

What is notable is the divergence of approach between competition agencies. In Dow/DuPont the US Department of Justice did not consider issues in innovation merited the remedy identified by the European Commission. These differing approaches, as well as the Commission’s emphasis on the innovation concern, serve to confirm that the innovation concern was not simply a tag-along to the competition issues in the existing product market. Given the influence that the European Commission has among authorities in emerging markets worldwide, it is important that the Commission establishes a robust analytical framework which explains what evidence it will take into account when assessing the effects of a deal on innovation.

For firms, and advisers, the decision in Dow/DuPont will, when published, should shed some light on some of these issues. At the moment, those involved closely in the deal are maintaining their respective party lines. The upcoming decisions in the same sector (Bayer/Monsanto, and ChemChina/Syngenta) will also help demonstrate the Commission’s direction of travel. We expect other competition authorities to be watching closely. For now, firms in industries with intensive R&D programmes ought to be aware of a potentially stricter yet more unpredictable merger control regime in the EU – and the potential for this to influence the approach of other competition authorities globally. 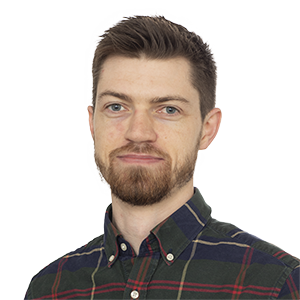