The Rio 2016 Olympics are upon us and will undoubtedly capture the attention, excitement and imagination of the public in the UK and globally.

It is no surprise then that some businesses may seek to capitalise on the opportunity to promote their brands, products and services through advertising that references the Olympics, Team GB and individual athletes.

Earlier this week, our US colleagues described the risks American companies face when advertising or using social media during the Games. Similarly, non-sponsor businesses in the UK must take care to avoid falling foul of the restrictions the British Olympic Association imposes on athletes appearing in non-sponsor advertising without permission.

Rule 40 of the Olympic Charter governs marketing campaigns featuring Olympic athletes. It is ultimately enforced by the International Olympic Committee. Rule 40 prohibits athletes from appearing in advertising linked to non-sponsors between 27 July – 24 August 2016 (the ‘Restricted Period’). The rationale behind the rule is to prevent ambush marketing of the Olympics i.e. non-sponsor businesses capitalising on the hype surrounding the Olympics without having to make the investment to become an official sponsor. It is wide reaching in that it applies to all advertising, including print, digital, online, social media, mobile apps and personal appearances. The Rule was relaxed somewhat in June 2015 to permit athletes to appear in “generic advertising”. Even so, the rule against ambush marketing is strict.

The British Olympic Association has published Guidelines for Non-Olympic Partners, Athletes and Agents in December 2015 (‘Guidelines’) which governs the implementation of Rule 40 in the UK. The Guidelines permit non-sponsor businesses to feature athletes in advertising in the UK during the Restricted Period in two scenarios: (1) Deemed Consent; and (2) Rule 40 Waiver.

Deemed consent will apply if an advert:

With respect to creating an association with the Olympics or Team GB, the Guidelines state that a non-sponsor business must not:

The only reference (express or implied) to the Olympics that is permitted in advertising by non-sponsor businesses is a proportionate, factual statement that the athlete is an Olympic champion/medallist alongside any relevant achievement i.e. in a purely biographical context.

The Guidelines provides examples of advertising that will benefit from deemed consent.

If deemed consent is not applicable, the British Olympic Association can grant a waiver to Rule 40 ‎in certain limited contexts provided that a request is made prior to 27 January 2016. Requests can be made for:

Whilst it is easy to get caught up in the excitement of the Olympics, non-sponsor businesses should take care in featuring Olympic athletes within their advertising in the UK during the Restricted Period. In particular businesses should ensure that they fully understand the limitations imposed by Rule 40 and under the Guidelines (and note that different rules and restrictions may apply for advertising in countries other than the UK, which will depend on the guidelines of the relevant National Olympic Committee).

Non-sponsor businesses may wish to follow the lead of Apple’s ‘The Beautiful Game’ ad campaign timed to coincide with the Euros 2016. The advert was clearly designed to trade off the halo effect of the tournament but was carefully designed so as to avoid falling foul of any tournament marketing restrictions as Apple was not an official sponsor of the event. The ad featured football images in every frame but made no reference to the tournament, contained no images or references to any footballers, professional football teams, national teams or logos or branding relating to the same. 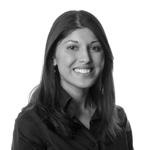