This article was first published in Estates Gazette on April 07, 2021

Much has been written over the past year as to how offices will be used post-pandemic, but changes in the requirements of office occupiers had been brewing for a while before Covid-19 hit. Landlords and occupiers have long recognised the need for the evolution of office space, and Covid-19 has simply accelerated this. The traditional “institutional” lease model is lagging behind the pace of change and is ripe for amendment.

From a business planning perspective, the variable nature of rents under a traditional lease model are unpalatable to occupiers. All-inclusive rents may become more prevalent, with a move away from open-market rent reviews and towards more frequent but fixed, capped or inflation-pegged rent increases. As lease lengths reduce, could we see the retirement of the upwards-only rent review?

More landlords are delivering “plug and play” space as an alternative to the traditional category A offering. This offers shorter lead-in periods for tenants to occupy space, leaves fit-out in the hands of those better equipped to do it and has the added benefit for tenants of more certainty over their reinstatement obligations at the end of the term.

More occupiers may seek to agree dilapidations liability at the commencement of a lease to achieve further certainty. A side benefit is that this should lead to longer use of fit-outs and materials and less wastage, which will support the sustainability agenda that is increasingly important for all involved in the built environment.

Many corporate occupiers seeking space within central business districts are looking for “core and flex” space, namely buildings offering a mix of space held on traditional leases and a flexible workspace element to accommodate expansion. Many of the major real estate companies now have their own flexible workspace brand, recognising that a mix of space is becoming a major selling point.

It remains to be seen whether this will become an expectation for new office developments or whether occupiers will pay a premium for this flexibility. Leases will need to adapt to cover this flexibility. If a flexible element in buildings becomes commonplace, rights can be incorporated into leases; however, this in turn requires changes to the user provisions in a lease and those provisions relating to the sharing of costs.

The apportionment of service charge liability between occupiers of a building has historically been based on the area of each demise. The advent of buildings combining traditional leased and flexible space alongside a wider offering of occupier facilities and services will require a reconsideration of service charge cost weighting.

Flexible space is often occupied at a higher density than traditionally leased space and may place greater load on building systems and services. Managing agents will also need the ability to adjust occupiers’ contributions according to their use of facilities and services. To improve cost certainty, service charge caps may become more frequent and in turn reduce the need for extensive service charge provisions in leases.

Developers of office buildings in the current climate may recognise the market’s needs, but they will need the “buy-in” of their stakeholders, lenders and, in the case of long investment leases, freeholders, whose common concern will be the impact on rental income.

A reduction in the lettable area of a building to accommodate the alternative space will inevitably lead to a reduction in rental income, unless it can be demonstrated that tenants will pay an enhanced rent on the remaining lettable space to reflect the flexibility and amenity offering.

There will also be a delicate balance to be achieved by a developer as to the amount and type of amenity offering, and valuation of buildings offering flexible and amenity space may initially prove to be difficult until they become more prevalent in the market.

An investment lease is likely to require variations to the following provisions to accommodate this type of offering.

Frequently, an investment lease of an office building will have a narrow permitted user. There may be some flexibility within the concept of ancillary uses, but where something more radical is envisaged, developers may also be able to take advantage of recent reforms to the planning system, particularly the introduction of new use class E, to change or mix uses without first having to secure planning permission. While helpful, developer-tenants will still need to ensure they have the requisite permission under their own lease.

Planning and lease requirements aside, we envisage that over time the commercial viability of amenity space may be improved by opening it to the general public. This may, however, trigger other commercial implications. For example, where the costs of maintaining and repairing amenity space are passed to other occupiers through a service charge, service charge provisions may need to be recast as some occupiers may be reluctant to pay if they do not utilise the amenity space to the same extent as other occupiers or (where relevant) the general public.

Some flexibility is also likely to be needed as market trends in the type of amenity space required will change over time. For example, active management of multi-let buildings may necessitate the switching of space dedicated to an enhanced food and beverage offering to more convenience-based facilities such as ”click and collect” units.

Leases generally require space to be sublet at market rents on traditional lease terms and allow sharing of occupation only with group companies. Where flexible workspace or amenity space in a building is to be operated or run by a third-party specialist company, leases will need to include wider rights to share occupation and to sublet on a wider range of terms, particularly where the use of the space may lend itself to alternative contractual arrangements.

With a wider range of such contractual arrangements, for example hotel-style operator agreements and franchise agreements, will come the question of how to capture income from amenity space. Lenders and freeholders of geared investment leases will expect to share in the profits made by an operator of amenity space (the alternative being that the amenity space is treated on a non-profit basis in the same way as a service charge).

Investment leases permitting alternative occupational arrangements will need to include detailed provisions as to the permitted terms of such arrangements and how the value of the amenity space will be captured and passed up to landlords and investors.

An investment lease, particularly one with a geared rent, will frequently contain a tenant covenant to maximise rental income from a property and to keep a property let on market terms.

Specific carve-outs will be needed to ensure that amenity space and communal facilities can be designated within a building without breaching this covenant.

For rent review under a geared investment lease, the lease itself will need to cover how facilities and amenity space are to be treated. Freeholders accepting a reduced income stream to accommodate an amenity offering may prefer to reassess the viability of the amenity space at each rent review and preserve the ability to treat it as lettable space for review purposes.

Occupational tenants considering repurposing their leased space should refer initially to the terms of their leases and may need to renegotiate certain provisions with their landlords. User provisions are the most likely to require amendment, but a landlord will of course be tied by any planning permission and tenants should therefore expect to be responsible for obtaining any new permission if required.

Landlords may also seek to maintain a mix of space and type of tenants within a building and, although many landlords state they are willing to work with tenants as much as possible in the current economic climate, they will generally be under no obligation to agree to renegotiations of existing leases. However, there are limited circumstances in which freeholders or long leaseholders may apply to the Upper Tribunal (Lands Chamber) for modification or discharge of a restrictive covenant affecting the use of property. 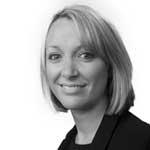