In a January 23, 2019 precedential opinion, the Federal Circuit determined that the US Patent and Trademark Office (USPTO) has been incorrectly determining the length of an additional patent term for which a patentee may qualify. In Supernus Pharm., Inc. v. Iancu, the Federal Circuit panel reversed the US District Court of the Eastern District of Virginia’s grant of summary judgment to the USPTO, finding that the USPTO had incorrectly reduced patent term adjustment (PTA) for applicant delay when, under the circumstances presented, the applicant could not have made any identifiable efforts to advance prosecution during that time period. No. 2017-1357 (Fed. Cir. Jan. 23, 2019). The Federal Circuit held that the USPTO’s calculation of PTA exceeded its authority under the statute governing PTA.1 See 35 U.S.C. § 154. The court held that the USPTO is statutorily authorized to deduct PTA for applicant delay only when the applicant failed to engage in reasonable efforts to conclude prosecution, and remanded the case for further proceedings. Here, there were no reasonable efforts the applicant could have taken, and, therefore, the USPTO incorrectly deducted PTA for that time period.

Supernus Pharmaceuticals, Inc. is the owner and assignee of US Patent No. 8,747,897 (the ’897 patent),2  and United Therapeutics Corp. is the exclusive licensee of the ’897 patent, (collectively, the owner-assignee and the licensee will be referred to as Supernus). A series of events occurred during the prosecution of US Patent Application No. 11/412,100 (the ’100 application; later issuing as the ’897 patent) that were taken into consideration in deciding the amount of applicant delay that should be deducted from the amount of USPTO delay in calculating PTA. The relevant events began when the USPTO issued a final rejection on August 20, 2010. On February 22, 2011, Supernus filed a request for continued examination (RCE). On September 11, 2012, Supernus was notified by its European counsel that the European Patent Office (EPO) had informed European counsel on August 21, 2012, of a competitor’s filing of a Notice of Opposition on a European patent that claimed priority to the ’100 application. Supernus then filed a supplemental information disclosure statement (IDS) with the USPTO on November 29, 2012 (100 days post-EPO notification of the filing of the opposition), disclosing the European opposition and providing the USPTO with the EPO notification, the opposition documents, the documents cited within the opposition, and the letter from its European patent counsel.

On appeal, the Federal Circuit held that the district court erred in finding that Gilead foreclosed Supernus’ statutory interpretation argument. The court stated that Gilead addressed “whether a failure to engage in reasonable efforts requires conduct that actually causes delay.” Supernus, slip op. at 12. Here, Supernus’ argument concerned whether the reduction in PTA can exceed the “‘time during which the applicant failed to engage in reasonable efforts to conclude prosecution of the application.’ 35 U.S.C. § 154(b)(2)(C)(i).” Id. at 11. The Federal Circuit noted that in Gilead, the patent owner could have taken action and filed the supplemental IDS when it filed its response to the restriction requirement, instead of filing the supplemental IDS later. Id. at 12. In contrast, “Supernus could not have undertaken any efforts to conclude prosecution of the ’100 application” in the 546-day period between the filing of the RCE and the EPO’s notification to Supernus’ European counsel of the filing of an opposition. Id.

As a result, for recently issued patents, patent owners with similar circumstances as Supernus may potentially be able to reclaim PTA that had been reduced as a result of a supplemental filing after a reply. However, patent owners will still have to demonstrate that “reasonable efforts” had
been undertaken by the applicant during that time period. Also, patent owners must act quickly to review the USPTO’s calculations of PTA and timely petition for a request for reconsideration of PTA. Patent owners have two months (extendible by up to an additional five months7) after the date the patent was granted to file a request for reconsideration of PTA. 37 C.F.R. § 1.705. If the USPTO has denied a request for reconsideration of PTA, the applicant can then file an appeal in the US District Court for the Eastern District of Virginia within 180 days of the USPTO’s decision. 35 U.S.C. § 154(b)(4).

1   The PTA statute provides for the addition of days to the patent term to account for delays caused by the USPTO during the patent application process. 35 U.S.C. §§ 154(b)(1)(A-C). The statute also allows the USPTO to reduce PTA for applicant delays during the prosecution of the application. Id. § 154(b)(2).
2   The ’897 patent claims an osmotic drug delivery system used in Orenitram®, a medication for the treatment of pulmonary arterial hypertension.
3   Delays attributed to the USPTO: Type A – USPTO’s failure to meet mandated statutory response deadlines; Type B – USPTO’s failure to issue the patent within three years of the application’s filing date; and Type C – application delays due to an interference, appeal, or secrecy order. 35 U.S.C. §§ 154(b)(1)(A-C).
4   “Submission of a supplemental reply or other paper, other than a supplemental reply or other paper expressly requested by the examiner, after a reply has been filed, in which case the period of adjustment set forth in § 1.703 shall be reduced by the number of days, if any, beginning on the day after the date the initial reply was filed and ending on the date that the supplemental reply or other such paper was filed.” 37 C.F.R. § 1.704(c)(8).
5   Chevron U.S.A., Inc. v. Nat. Res. Def. Council, Inc., 467 U.S. 837 (1984).
6   Supernus conceded that it failed to engage in “reasonable efforts” for the 100-day period after the EPO notification.
7   An extension of time of up to five months is available upon petition. 37 C.F.R. § 1.136.
﻿ 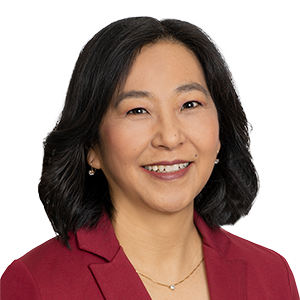 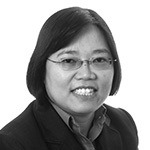