Under the Italian foreign investment regime (set forth in Law Decree No. 21 of 15 March 2012, as amended, and in several implementing measures), the Italian government has the power to impose conditions on, or even veto, investments by foreign persons in Italian companies and assets in strategic sectors when such investment may jeopardize the national security or other public interests (often referred to as “golden power”). In addition, certain actions by companies in strategic sectors require notification before they can be implemented.

In the wake of the first wave of the COVID-19 outbreak, through the so-called “Liquidity Decree” (Law Decree No. 23 of 8 April 2020) Italy adopted measures broadening the government’s powers to restrict investments by foreign entities in certain strategic sectors.

Before the adoption of the Liquidity Decree, the list of strategic sectors included defense and national security, energy, transport and communication, 5G technologies and other high-tech activities. The Liquidity Decree extended the regime to new areas, including the financial, credit and insurance sectors and the categories listed in Article 4 Paragraph 1 of the EU FDI Screening Regulation (Regulation 2019/452) (as specified in the Decree of the President of the Council of Ministers No. 179 of 18 December 2020).

The Liquidity Decree further expanded the government’s powers by:

Moreover, in order to detect potential takeovers of Italian-listed companies, Consob (the Italian securities commission) temporarily lowered (i) the minimum threshold triggering the obligation to disclose significant shareholdings to 1 per cent and 3 per cent for certain large issuers and SMEs, respectively, and (ii) the minimum threshold triggering the obligation to disclose the objectives that an investor intends to pursue to 5 per cent. Both measures – as renewed – apply until April 13, 2021 and in respect of holdings in companies included in a list of 103 Italian listed issuers in various industries in which no shareholder owns a majority of the share capital and that are therefore exposed to hostile takeovers. 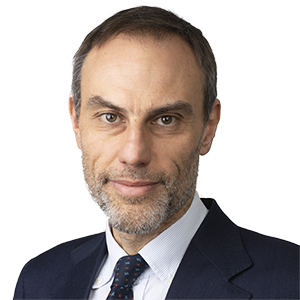