This article is attributed to Maggie Lu Yueyang and Simon Segal and was first published in MergerMarket. It has been republished with permission from MergerMarket.

The key drivers for M&A activity in Australia’s financial services sector will continue to play out after the Royal Commission's final report was handed down earlier this month, according to advisors and industry experts polled by this news service.

Regulatory environment, return to core and higher-margin businesses, and investment in tech are the three key drivers for financial services M&A in Australia, according to Jasmine Sprange, Partner at Norton Rose Fulbright (NRF).

The so-called Hayne report, conducted by Commissioner Kenneth Hayne, is “part of the regulatory burden” that has been driving divestments and will continue to, Sprange said.

It would, however, not significantly change the dynamics of M&A in the sector as limited scope remains for further consolidation, especially among larger groups worth over AUD 1bn (USD 710m), said three M&A bankers familiar with the matter.

Nevertheless, recommendations in the report would lead to further margin compression in some sub-sectors, such as mortgage broking and financial advice, which is likely to steer consolidation and exits in those sectors, Sprange said. Deals in these sectors are likely to be worth a few hundred million rather than mega transactions, the first M&A banker said.

The vertical integration model, where financial institutions both make financial products and provide financial advice, was one of the most targeted areas during the Royal Commission investigation, initiated December 2017, with speculation that the final report would spell the end of the model by requiring separation of products and advice, according to both NRF’s Sprange and the third M&A banker.

It turns out the report focuses on conflicts of interest as a key area of risk, rather than mandating structural separation, Sprange said.

Recommended changes include removing grandfathered commissions, potential reduction of life insurance commission limits, restriction on advice fees paid out of superannuation accounts, etc. “Grandfathered commissions” refers to ongoing payments usually paid to a financial adviser from within a super/investment or insurance account, which was set up before the “Future of Financial Advice” (FOFA) legislation was implemented in 2013.

The fact that the recommendations did not target vertical integration in the final report suggests financial institutions do not have to divest certain business units, the second banker said.

However, KWM’s Bruce argued announced or speculated deals, which would effectively result the separation of products and advice, are still expected to proceed, as financial institutions will need to substantially restructure their business models to accommodate required changes.

At the sub-sector level, the report would accelerate change within Australia's financial advice space, particularly with the recommendation that certain existing grandfathered commission structures be repealed, Sprange continued.

“This will drive margin compression even more, which is likely to result in exits, and small-scale consolidation,” she said.

Among all the players in relation to commissions, mortgage brokers seem to be the most obviously hit, the third M&A lawyer said.

The report proposed a "steady but deliberate" dismantling of the conflicts in broker pay, starting with ending the payment of trail commissions to mortgage brokers on new loans within 18 months. It is unimaginable that mortgage brokers could get paid an upfront fee by borrowers instead of getting paid commissions by banks, which is the current practice in Australia, the same lawyer said.

The mortgage broker business model is “broken” and new ways need to be found to justify it, including perhaps merging scale and synergies, a banking executive told this news service. He said he anticipates consolidations in the mortgage broking space to save cost as margins shrink. In this context, proprietary mortgage distribution channels will clearly become very valuable, KWM’s Bruce said.

CBA already announced it would demerge its mortgage broking business, according to an announcement last June. The Australian multinational lender holds a majority stake in Aussie Home Loans and around 20% in Mortgage Choice [ASX: MOC], as reported.

KWM’s Bruce also pointed out non-bank lending is a sector to watch, as the report’s recommendation regarding responsible lending proposed removal of “point of sale” exemption (POS exemption), which has been relied upon by most car dealers and several retailers to be a loan intermediary without holding an Australian Credit Licence or being appointed a credit representative of a licensee.

The report also will “heighten the impetus” for ongoing investment into fintech to prevent margin erosion, and regtech to assist in managing increased regulatory risk, NRF’s Sprange said. Opportunistic acquisitions in the non-banking and fintech spaces by large institutions are expected to continue, KWM’s Bruce echoed.

In terms of size, tech deals are still at the early stage and are “not talking big dollars at this point”, Sprange said. The majority of fintech and regtech investments in Australia are taking the form of corporate partnering and small equity investments, she added.

Last month, ANZ Banking Group [ASX:ANZ] acquired a strategic stake in domestic online home loan broker Lendi to become the second largest strategic investor in the business, according to a local media report. The investment was reported to be around AUD 40m.

Regtech players are expected to have a lot of growth, given the demand from financial institutions to implement systems to effectively manage product risk, Sprange added.

When it comes to implementation, whether the recommendations will be fully implemented involves politics, both the first banker and the third M&A lawyer said.

The Liberal government has pledged it “will take actions” on all the recommendations in the report, while the opposition Labor accepted “in principle each and every recommendation”, according to local media reports.

“We need to wait and see how it plays out”, noted KWM’s Bruce. 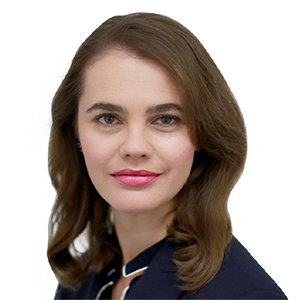