In contrast, almost all other member states of the European Union as well as Switzerland and Norway have corporate criminal laws. However, following various incidents during recent years, including the recent Volkswagen emission scandal and Porsche’s failed attempt to take over Volkswagen in 2008, where in both cases it is unclear if and to what extent criminal liability of individuals can be found, the discussion is now in full swing again.

As a result, the issue is as relevant as ever: would the introduction of a corporate criminal code in Germany support the fight against corporate and white-collar crime, both from a preventive perspective and as a deterrent?

German authorities already have certain powers to sanction companies, although no explicit law on corporate criminality exists. Most of the existing provisions are found in the German Act on Regulatory Offences (Ordnungswidrigkeitengesetz, OWiG). In the case of certain violations fines can be imposed on companies and profits gained from offences confiscated.

Pursuant to Section 30 para. 1 OWiG, regulatory fines may be imposed on a corporate entity where someone representing the entity has committed a criminal or regulatory offence in violation of duties imposed on the company by law, or where the company has been enriched or was intended to be enriched. The fines imposed can be up to €10 million for intentional criminal offences and up to €5 million for negligent criminal offences. In the case of regulatory offences the possible fines depend on the offence in question.

Pursuant to Section 130 para. 1 OWiG, further fines might be imposed on an owner of a company as a result of breaches (including by omission) of supervisory measures required to prevent contravention of duties incumbent on the owner. Such measures include the appointment, careful selection and surveillance of supervisory personnel. Regulatory offences may carry fines as high as €1 million, where the breach of duty carries a criminal penalty. Where the breach of duty carries a regulatory fine, the fine depends on the maximum regulatory fine imposable for the breach of duty.

Where the economic advantage gained through the offence is higher than €10 million, the ostensible ‘fine limit’ may even be exceeded and any profits exceeding the regulatory fine may be confiscated.

While it is clear that the authorities already have the powers to impose considerable fines, under the Act on Regulatory Offences, fines are subject to the authorities’ discretion (known as Opportunitätsprinzip). In contrast, if corporate offences were to be qualified as crimes, prosecution would be mandatory (known as Legalitätsprinzip). Statistics indicate that the present system of penalties apparently lacks efficiency: although a high number of corporate crimes come to the attention of the authorities every year (e.g. 71,000 cases in 2013 and 63,000 cases in 2014), public prosecutors very rarely make use of the powers to impose regulatory fines on corporations. One reason for this situation is that according to the provisions of the Act on Regulatory Offences it is necessary to prove the individual guilt of a member or the owner of the affected corporation.

To overcome this problem, the provisions of the proposed draft corporate criminal code do not require individual guilt to be proved. The draft code addresses the corporate itself and the imposition of a fine does not depend on an individual being accused. For example, the corporate would be liable in cases of corporate-related offences committed by personnel engaged in positions with substantial responsibility, or in cases where responsibilities within the corporate are unevenly distributed. Further sanctions can follow from the violation of supervisory duties by decision-makers of the corporation.

In 2000 a reform commission engaged to evaluate the necessity of a corporate criminal law in Germany stated that no supranational regulations exist according to which it would be mandatory to introduce such laws; and to implement such laws could give rise to various constitutional and criminal procedural problems. Opponents of the introduction of a German corporate criminal code generally doubt the necessity of it. According to many it would not be possible to prevent corporate criminality in any event. Options to sanction violations committed by companies or their members already exist in German law, essentially codified in the Act on Regulatory Offences as described above. Any deficits could be overcome by amending or changing the Act on Regulatory Offences. Further, the prevention of corporate offences could be strengthened by the confiscation of not only the net profit, but also the entire gross income in case of a violation (known as ‘Bruttoprinzip’).

Opponents further argue that a constitutional and dogmatic problem exists, because according to German law criminal liability always requires fault on the part of the offender (known as ‘Schuldprinzip’) whereby fault cannot exist on the part of the corporate itself (societas delinquere non potest). Also, it is questioned whether German law enforcement authorities would be sufficiently equipped and qualified to comprehend operational procedures of corporates and to monitor them adequately.

Proponents of the introduction of a corporate criminal code in Germany argue that the imposition of criminal sanctions against corporates (instead of mere regulatory fines) could have positive preventive effects. A compliance culture would become more prevalent and a different perception as to white collar crimes would be promoted. It is also suggested that options for reducing threatening sentences could be installed in the event that the corporate implemented appropriate compliance measures.

A further argument frequently raised in favour of a corporate criminal code is that liability of an individual under German law is dependent on that individual’s economic situation. Proponents argue that in most cases the punishment bears no relation to the economic advantage gained by the corporate benefiting from the respective offence or action. This is even more true if individuals face a prison sentence, which cannot be compared to a fine imposed on a corporate.

The introduction of a corporate criminal code in Germany would certainly send a positive signal to the public. It would also help Germany regain trust as a country with a sound and reliable investment environment and promote more responsible conduct on the part of corporates. However, its introduction would require a fundamental rethink in German criminal law, since corporates cannot currently face criminal liability. Accordingly, the argument is that any corporate criminal code should include the mandatory prosecution of relevant corporate crimes. In order to avoid constitutional and/or procedural problems such a code would have to consider the principle of Schuldprinzip (the requirement of fault on the part of the offender as described above) or present an alternative solution.

It will be interesting to see how Germany responds to recent corporate scandals involving German corporates. From a legal policy perspective the introduction of certain changes to the system of corporate liability in Germany seem likely to happen and should be welcomed. 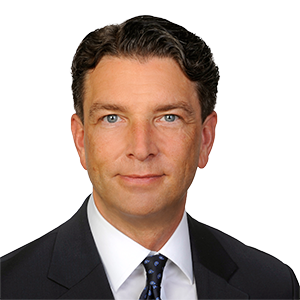