The Hong Kong Arbitration (Amendment) Ordinance 2013 came into force on July 19, 2013. Of most relevance to international arbitration users are changes regarding the enforcement in Hong Kong of emergency relief granted prior to the commencement of arbitration. Another prominent amendment relates to the reciprocal enforcement of awards between Hong Kong and Macao.

The Hong Kong International Arbitration Centre (HKIAC) has amended its own Administered Arbitration Rules (with effect from November 1, 2013) by introducing emergency procedures. The new rules enable parties to apply for the appointment of an emergency arbitrator at the same time, or immediately following, the filing of a notice of arbitration.

The arbitration rules of other arbitral institutions increasingly contain similar provisions for the appointment of emergency arbitrators and the granting of emergency relief.

Under the 2013 Singapore International Arbitration Centre (SIAC) Rules, a party in need of emergency relief may, concurrently with or following the filing of a notice of arbitration but prior to the constitution of the arbitral tribunal, make an application for emergency interim relief. The party seeking emergency relief under the SIAC Rules is expected to state the grounds for making the application and the nature of the relief sought. An emergency arbitrator may be appointed within one business day following the receipt of the application and required fees by the registrar.

The current London Court of International Arbitration (LCIA) Rules do not provide for procedures in relation to emergency arbitrator and emergency relief. However, the rules do have mechanisms for the “expedited formation” of an arbitral tribunal. In cases of exceptional urgency (on or after commencement of the arbitration), a party may submit a written application to the LCIA Court setting out grounds to request the expedited formation of an arbitral tribunal. A similar mechanism for the “emergency formation” of the arbitral tribunal has been preserved in the new LCIA Rules 2014.

Part 3A has been added to the Hong Kong Arbitration Ordinance to deal with the enforcement of emergency relief. All emergency relief granted by an emergency arbitrator, whether granted inside or outside Hong Kong, is now enforceable in the same manner as an order or direction of the Hong Kong courts, with leave of the High Court.

The court may refuse leave to enforce emergency relief granted outside Hong Kong unless the party seeking to enforce it can demonstrate that the relief being sought is a “temporary measure” (including, for example, an injunction) with the aim of doing one or more of the following:

The changes made in the HKIAC Administered Arbitration Rules and the Arbitration Ordinance bring Hong Kong in line with other prominent international arbitration regimes – clearly a necessary step in the continuing development of Hong Kong as one of the world’s foremost arbitration venues.

As Hong Kong and Macao are both Special Administrative Regions (SARs) within the People’s Republic of China, an arbitral award rendered in Macao is not a “foreign” award in Hong Kong (and vice versa) and so is not subject to the New York Convention on the Recognition and Enforcement of Foreign Arbitral Awards. This lacuna was rectified on January 7, 2013, when the Macao SAR entered into the Arrangement Concerning Reciprocal Recognition and Enforcement of Arbitral Awards with the Hong Kong SAR.

This arrangement (which is similar to that in place between the Hong Kong SAR and mainland China) establishes a mechanism for the mutual recognition and enforcement of arbitral awards between Macao and Hong Kong. To implement this arrangement, the Arbitration Ordinance had been amended to include a new Section 98A on the enforcement of Macao awards, which sets out the formal requirements for enforcing Macao awards in Hong Kong and the grounds for refusing such enforcement. The limited grounds for refusing to enforce a Macao award in Hong Kong are identical to those for refusing a mainland China award and also those in the New York Convention. 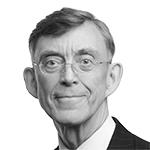