Over the last few years, German banks have faced an increasing number of claims brought by German municipalities alleging that those banks breached their obligation to provide information when advising them on swap transactions. Those swap transactions were typically entered into by highly indebted municipalities and other public institutions, such as health clinics or municipal utilities, in an attempt rapidly to improve their finances. In many cases they suffered significant losses and took legal action against the advising bank. A similar trend has been seen in other European jurisdictions such as Italy and Norway.

The German Federal Supreme Court (Bundesgerichtshof - “BGH”) has, in a series of decisions, sought to give guidance as to the requirements for “investor- and investment-specific advice” (anleger- und objektgerechte Beratung) in respect of a bank advising on the conclusion of swap agreements. Where a bank arranges a transaction for an investor, it will be deemed to have an advisory role. In bilateral arrangements, where the advising bank is also the counterparty to the swap agreement, the BGH has imposed far-reaching information obligations on the advising bank. Notably, this extends in certain circumstances to a duty to inform about “initial negative market value”. An initial negative market value exists if an investor’s objectively determined profit from the swap transaction is negative at the moment of conclusion of the contract.

In the 2011 decision of the BGH discussed below, in which the court defined respective information standards for the first time, the court considered a CMS Spread Ladder Swap (a complex structured interest rate derivative using several different types of leverage). In the most recent 2015 decision considered below, the BGH extended those information standards to all swap agreements, even those that were much less complex.

Judgments of the BGH

In this 2011 decision, the BGH stated that banks advising on swap transactions have to assess the investor’s ability to bear risks, in accordance with the doctrine of “investor- and investment-specific advice” developed by the BGH. This obligation applies except in the context of long-standing business relationships or if the client’s knowledge of the specific risks of complex swap transactions could be assumed. Even if these exceptions apply, the bank has to ensure that the client has sufficient knowledge of the associated risks.

Furthermore, the BGH decided for the first time that the bank must inform the investor of an initial negative market value because this constituted a conflict of interests between the client and the bank. The bank also had to disclose to the investor its profits from arranging the underlying risk structure.

However, banks recommending investment products were not obliged to inform their clients that they would make a profit where this was obvious. A disclosure obligation only arose under additional circumstances, such as advising on a swap agreement with an initial disadvantageous risk structure for the investor – that is, an initial negative market value – which created a conflict of interests.

This case dealt with a Cross Currency Swap. The BGH restated the general principle that a bank had to inform the investor of an initial negative market value since it was an actual, as opposed to merely apparent, and severe conflict of interest which potentially endangered the interests of the investor.

However, on the specific facts, the BGH held that the bank did not have an obligation to inform the investor of the initial negative market value. Although the bank had advised the investor regarding the Cross Currency Swap, it was not the contractual counterparty to the Swap. Therefore, the BGH did not find any conflict of interests that would have required disclosure to the investor.

In conclusion, a conflict of interest creating an obligation on the advising bank to disclose an initial negative market value will arise in any kind of swap transaction where the bank is acting as counterparty to the investor.

Where an advising bank has given improper investment advice according to the criteria set out above, it will be liable for damages. The appropriate measure of damages is for the investor to be put into the position it would have been in if it had not entered into the transaction. This compensation is calculated in a particular case by aggregating the investor’s concrete profits and losses in connection with the swap transaction, that is, the net amount of payments made and received by the investor.

Claims by German municipalities that engaged in swap transactions have attracted much media interest. Typically, in these cases, the municipalities’ treasurers tried to close budget deficits by entering into swap transactions without having properly understood the risks or at least without having properly taken them into account. The decision makers were not themselves personally liable for the generated losses. Municipal budgets were hugely negatively impacted by these transactions with the consequence that municipalities tried to recover their damages from the advising banks. Given the subject matter, the issue is obviously extremely politically charged within Germany, as similar issues have been in other countries. In fact, the whole episode is somewhat reminiscent of the 1990s swaps litigation in the UK involving its local authorities.

In the meantime, ministerial decrees have been issued defining the extent to which municipalities are permitted to engage in financial derivatives. According to these decrees, a municipality entering into a derivative financial transaction for pure speculative purposes is forbidden. However, management of municipal budgets including borrowing and entering into any kind of financial commitment is part of the core area of self-government of municipalities. This grants municipalities a constitutionally protected status to ensure freedom from the interference of higher administrative bodies. Therefore, to the extent that a swap transaction falls within this protected area, these ministerial decrees bind neither the bank nor its counterparty.

Where German municipalities enter into English law governed swaps, the operation of this rule may be unclear. Under English conflicts of law principles, in this situation an English Court would apply German law to determine the capacity of the German municipality but English law to determine the consequences of lack of capacity. Accordingly, an English Court would need to determine whether the rule that a municipality cannot rely on nullity of a swap caused by its own breach of this prohibition falls within the category of rules on capacity or rules on the consequences of capacity, a distinction which is not necessarily apparent within the framework of German law. 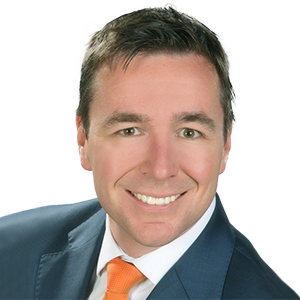