As the UK exited the EU on 31 January 2020, immigration was, arguably, seen as one of the most pressing issues facing the nation (see box "Migration patterns"). Free movement of people from the EU to the UK and vice versa is scheduled to end at 11pm on 31 December 2020. On 19 February 2020, the government published a policy statement which explained that, from 1 January 2021, the government will replace the free movement of people with a points-based system under which EU and non-EU citizens will be treated equally (see News brief "New points-based immigration system: firm and fair?", www.practicallaw.com/w-024-5856).

According to the policy statement, the new points-based system will enable the UK to take back control of its borders, reduce overall levels of migration, and give top priority to those with the highest skills and the greatest talents; that is, scientists, engineers, academics and other highly skilled workers. There will be no general low-skilled or temporary work route, with the policy statement stressing the need to move away from a reliance on cheap labour from Europe.

The new system represents a significant change for employers in the UK.

Migrants will need to obtain a visa, with the exception of Irish citizens, who can rely on the Common Travel Area, and short-term visitors and short-term students who are EU citizens or non-visa nationals. The immigration skills surcharge and immigration health surcharge will be levied on the same basis as now. Applications from EU citizens will be made online using smart phone self-enrolment and most EU citizens will be issued with an e-visa. Non-EU citizens will still need to visit a visa application centre. There will be a firmer approach to criminality across the system when considering applications.

In order to obtain a visa, applicants must:

The mandatory characteristics are non-tradeable and will add up to a total of 50 points. They are to:

Applicants must obtain a further 20 points from tradeable characteristics; that is, a combination of points for salary, a job in a shortage occupation or a relevant PhD. Applicants can only score from one entry from salary and one from other characteristics.

The going rate salary threshold for new entrants, for example, migrants who are switching from a student or graduate route, under the age of 26 on the date of application, working towards a professional qualification or moving directly into postdoctoral positions, will be 30% lower than the going rate for experienced workers in any occupation, though the minimum floor of £20,480 must always be met. In addition, the general salary threshold will be reduced by 20% for new entrants.

A small number of occupations in the health and education sectors will have a going rate salary threshold based on published pay scales and need to pay at least the minimum floor of £20,480.

The government retains the ability to widen the number of tradeable attributes that will score tradeable points to enable it to meet the needs of the economy.

The overall cap on the number of skilled workers who can come into the UK under the skilled worker route will be suspended and the resident labour market test will be abolished. The role will, of course, still need to be genuine and the system cannot be used merely to facilitate the immigration of a specific migrant to the UK. There will be no cooling-off period so the visa holder will not have to leave the UK for 12 months before applying for a new visa. Also, the six-year maximum stay for most migrants under the current system will be removed so applicants can be granted permission to stay for up to a maximum of five years at a time, with unlimited extensions. Many applicants will also be able to switch to this type of visa while remaining in the UK, which is a welcome change.

Under the intra-company transfer visa, transferees will be permitted to switch into the skilled worker route, if eligible. Employers will benefit from a relaxation of the cooling-off period provisions which will allow more flexibility and short-term assignments.

Significant concerns remain about whether the system will create a skills shortage in the UK and it goes without saying that it is much more restrictive than EU free movement rights. The sponsorship system is obligation heavy and very expensive, and the cost will increase further with the increase in the immigration health surcharge.

There is no provision for visas for roles that do not have a corresponding Standard Occupational Classification (SOC) code which meets the relevant skill and salary thresholds. If the job for which a sponsored worker is required is a closer match to one of the SOC codes below the required skill level or if the salary to be paid is too low, then a sponsor would not be able to employ a sponsored worker in the role.

The general salary thresholds cannot be pro-rated for part-time workers as they are viewed as a measure of the economic contribution that an applicant will make to the UK. Going rates can, however, be pro-rated for different work patterns. In addition, only base salary is used to determine if the salary threshold is met; cash allowances and pension contributions are discounted. There are no regional salary thresholds and, to put that in context, the typical full-time annual salary in Scotland is around £24,500 so it might be more difficult for companies to sponsor workers in some regions of the UK because salaries are on average lower than in the South East. The requirement to speak English may also pose an issue for some migrants.

The UK’s Tier 1 (exceptional talent) route was rebranded to Tier 1 (global talent) route on 30 January 2020. This route has no cap in numbers. This route was recently expanded to be more accessible for those from STEM backgrounds. From January 2021, the government proposes to extend the current global talent route to EU nationals on the same basis as non-EU citizens, so these migrants will be able to come to the UK without a job offer if they are endorsed by a relevant body.

UK employers should also note the introduction of the unsponsored graduate immigration route for two years after the award of a degree, as well as the doctorate extension scheme.

In the future, in line with the recommendations by MAC, the UK will also create a broader unsponsored route within the points-based system to run alongside the employer-led system. This will allow a smaller number of the most highly skilled workers to enter without a job offer. This route would be capped and take longer to implement; it is expected to open in 2022.

There will, however, be no dedicated route for self-employed people. These individuals may benefit from the global talent, innovator or start-up routes or, potentially, under the proposed unsponsored route. The UK’s new system may provide employers in the UK with a greater potential pool of highly skilled labour. However, it is not certain whether it will be able to plug the skills shortage that may arise after the end of free movement of people. This is particularly due to: the delayed implementation of any unsponsored route for highly skilled migrants without a job offer; the endorsement process required for the global talent, start-up and innovator categories; and the limited number of migrants that the global talent route is aimed at (only the most talented people from around the world).

The government's decision not to introduce a general low-skilled or temporary work route has received a great deal of press attention. The government’s view is that UK employers should move their focus away from cheap labour from Europe. Employers must adjust, invest in technology and automation, and meet their requirements for low-skilled workers by relying on the retention of the existing workforce through the EU settlement scheme as well as on dependents of points-based system migrants.

One area where the government has permitted low-skilled temporary workers is in agriculture, where the number of places available for seasonal workers has been quadrupled to 10,000.

The decision not to implement a route for lower skilled workers will cause concern for certain sectors in the UK that are heavily reliant on lower skilled EU migration, such as the food and drink, manufacturing, warehousing, accommodation and hospitality, construction and retail sectors. Many UK companies are asking whether there will be enough low-skilled labour in the UK. It is unlikely that the removal of the migration cap, and the lowering of the salary and skills thresholds will ease this for employers to the extent which may be required. The government’s view is that the gap can be plugged by training the 8.5 million people who are currently categorised as economically inactive.

Employment costs may also rise as companies are forced to increase the wages of lower skilled roles to attract local, settled workers for roles that were previously filled by EEA nationals who were more willing to accept a lower wage. This could increase the risk of illegal working and unscrupulous working practices, particularly among smaller employers as they struggle to meet demand and cannot afford to increase wages, increasing their reliance on a vulnerable and unstable workforce.

It remains to be seen whether the new immigration measures will provide UK companies with easy access to migrant workers, both in terms of numbers and skill levels once free movement of people ends and, in turn, what impact this will have on the UK’s economy.

It remains to be seen whether the new immigration measures will provide UK companies with easy access to migrant workers, both in terms of numbers and skill levels once free movement of people ends and, in turn, what impact this will have on the UK’s economy.

Figures from the Office for National Statistics reveal that, notwithstanding the government’s stated intention to reduce net migration to below 100,000 per annum, in the year ending March 2020, long-term international migration continued to add to the UK population by 313,000. Since 2016, overall migration levels have remained broadly similar; the recent increase is explained by an increase in non-EU student arrivals, mainly from China and India.

Lauren Pullen-Stanley is counsel in the employment team at Norton Rose Fulbright LLP.

This article first appeared in the December 2020 issue of PLC Magazine: http://uk.practicallaw.com/resources/uk-publications/plc-magazine. 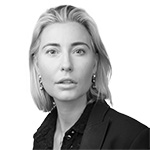