As of December 31, 2020 (the Withdrawal Date), the United Kingdom (UK) is no longer a member of the EU Aviation Safety Agency (EASA) and the EASA regulatory framework ceased to apply from such date. However, all substantive EASA requirements current and valid on the Withdrawal Date have been retained in the UK’s domestic regulation.

This article explores certain aspects of UK aviation regulations following the Withdrawal Date and how the new UK / European Union (EU) regulatory framework might impact UK operators. It focuses initially on the Trade and Cooperation Agreement before outlining the rules and guidance for different aspects of the continuing airworthiness requirements post-Brexit and concludes on how some of these might impact UK airlines going forward.

The TCA entered into by the UK and the EU sets out the terms of the UK’s future cooperation with the EU and includes the following statement that “the parties reaffirm the importance of close cooperation in the field of aviation safety”.

This statement of intent is supported by Articles 21, 26 and 27 of the TCA, which set out that product certificates and export certificates of airworthiness from each of the UK and the EU will be mutually recognised by the other party.

Prior to the Withdrawal Date, aircraft of UK and member state airlines alike required a CofA together with an ARC. That system supported the relatively straightforward process of moving an aircraft from one member state register to another. Subject to compliance with local law registration requirements, member states recognised the validity of each other’s EASA registers’ documentation. The TCA does not focus on CofA’s and ARCs. However, the United Kingdom Civil Aviation Authority (CAA) has issued guidance that new CofAs and ARCs are not required for UK operators following the Withdrawal Date, and that current certificates issued by EASA will continue to be recognised by the CAA until expiration.

Replacement CofAs will be issued during 2021 and ARCs will be updated at the next issue of the certificate.

If the CAA had not taken this approach the administrative burden on airlines and the CAA alike would have been huge so their pragmatic decision is welcomed. However, as we consider later in this article, this reciprocity has not been reflected in the context of aircraft moving between UK and EU member states.

All EASA certificates, approvals and licences in effect on the Withdrawal Date for use in the UK aviation system and on UK-registered aircraft will be recognised by the CAA for up to two years.

Previously, EASA Form 1s were issued by UK organisations to confirm that a product, part or component was manufactured in accordance with approved design data. Following the Withdrawal Date, CAA-approved organisations will now issue a CAA Form 1 in place of an EASA Form 1.

A CAA Form 1 is nearly identical in content and layout to the EASA Form 1 and is to be completed in accordance with the existing instructions -  the Acceptable Means of Compliance and Guidance Material - used for EASA Form 1s.  The CAA adopted the latter as its policy with regard to compliance with the relevant UK law from January 1, 2021. The only difference is the authority information in the header has changed and the form reference itself is now a CAA Form 1.

Importantly, any used parts destined for UK registered aircraft to be bought or maintained from now on must either be received on a CAA Form 1 or an EASA Form 1 issued by an organisation with EU/EASA/EEA/FOCA competent authority approval.

Whilst the two year grace period is a helpful relief, there are questions over the compliance requirements following this period; the principal question being what will happen after December 31, 2022 when the two year validity period for EASA Form 1s is up. There is currently no guidance from the CAA on what the position will be when the recognition period is over and how EASA Form 1s will be validated.

Whilst it is highly unlikely - if not commercially impossible - that parts already installed on a UK registered aircraft would need to be “re-tagged”, one potential approach is that, similar to the current process for CofAs and ARCs, the CAA will continue to recognise such forms (including the references to EASA), and either (i) issue replacement CAA Form 1s during 2023 or beyond, or (ii) permit the existing EASA Form 1s to remain valid until they are renewed. The latter would seem to be the most sensible and manageable solution for both airlines and the CAA alike but there is no certainty that that will be the approach taken, which leaves airlines unable to plan for the future.

Whilst Article 18 sets out that the UK and the EU will cooperate closely, the introduction of a requirement that a UK registered aircraft being exported to the EU will need an Export CofA  and not just a Certificate of Registration, CofA and ARC, places an additional burden on airlines when it comes to returning leased aircraft.

Whilst Articles 26 and 27 of the TCA provide for a mutual recognition of Export CofAs, there is currently no clarity from the CAA on the process to obtain an Export CofA in the UK. Will this process be based on EASA regulations or will the CAA place further obligations on airlines? One would hope that the CAA takes the view that the EASA regulations are sufficient. However, it is possible in the future that the CAA and EASA’s view diverge therefore placing additional tasks on UK airlines.

We have seen divergence between the respective parties positions in other areas of the TCA specific to aviation, for instance, rights relating to wet leasing UK/community aircraft. Whilst both the cooperation and mutual recognition set out in the TCA and the CAA’s recognition of EASA certificates for a period of two years following the Withdrawal Date are all positives for the UK aviation industry, there is some uncertainty as to what may lie ahead.

The mutual recognition period is effective until December 31, 2022 and the obligation to recognise each other’s product certification only applies to products already subject to the system as at the Withdrawal Date.

Interested stakeholders will hope that the CAA and the EASA, in accordance with Article 18 of the TCA, will continue to be closely aligned and, at the time of writing, this seems to be supported on account of the CAA Form 1 replicating the EASA Form 1. However there is a risk that the UK, no longer being a member of EASA, will be unable to impact the future regulatory decisions EASA make and there may well be some divergence in the CAA and EASA’s approaches to product certification.

This rests uneasy with airlines who are now unable to clearly state that their UK registered aircraft will be EASA compliant at the end of the term of a lease. Airlines may therefore agree to complying with EASA regulation solely to the extent incorporated in to UK law at redelivery and returning the Aircraft with a UK Export CofA.

One would hope that there would be limited scope for political point scoring in the context of aviation safety regulation and on that basis it would seem illogical for the CAA to diverge from EASA regulations to any material extent. That is borne out by the reciprocity on the certificates discussed above.

This approach should hopefully provide airlines with a measure of comfort when being asked to agree that UK registered aircraft will be EASA compliant at the end of a lease term. However, there is always the risk for some regulatory divergence in the future, particularly given the UK chose to leave EASA when they could have remained as a member.  The regulatory landscape is likely to remain a grey and challenging area for UK airlines over the coming months, and possibly years. 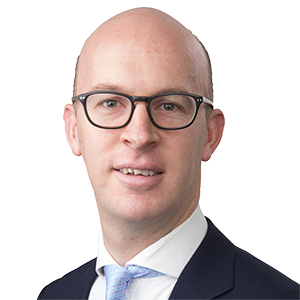 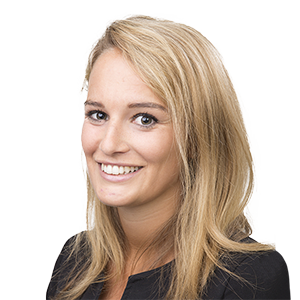