After a protracted dispute in the courts below, and a ruling from the Federal Court of Appeal suggesting that secured creditors were at risk of having their debt repayments clawed back by tax authorities in a bankruptcy, the Supreme Court decided that no such right of action exists. This issue has potentially wide-ranging implications for secured creditors of tax debtors who are either insolvent, or nearly so.

Section 222 of the Excise Tax Act (the ETA) creates a deemed trust in favour of the Crown for collected but unremitted goods and services and harmonized sales taxes (GST and HST), and provides that such a deemed trust extends to “property held by any secured creditor that, but for a security interest, would be property of” the debtor. However, the ETA also expressly provides that this deemed trust does not apply at or after the time a tax debtor becomes bankrupt.

The extinguishment of the ETA deemed trust upon bankruptcy is consistent with Canadian bankruptcy law, which provides that, with certain exceptions, statutory deemed trusts do not survive bankruptcy.

Canada Revenue Agency commenced an action, asserting a personal right of action against Callidus for receipt of funds impressed with a deemed trust that should be returned to the Crown. Callidus argued that the bankruptcy of Cheese Factory extinguished the deemed trust, and with it any personal right of action by the Crown against Cheese Factory’s secured creditor. The trial level court sided with Callidus.

The majority of the Federal Court of Appeal, in a split decision, sided with the Crown. The majority concluded that the obligation to remit sales taxes and the deemed trust for those sales tax amounts in favour of the Crown arose prior to bankruptcy at the time the sales taxes were received from customers, and thus survived the bankruptcy of the tax debtor.

On November 8th, in reasons delivered orally from the Bench, the Supreme Court of Canada unanimously rejected the decision of the Court of Appeal. The Supreme Court concluded that any liability of a secured creditor for receipt of trust funds depended on the continued existence of the trust, and that Canadian bankruptcy law is clear that the deemed trust for unremitted sales taxes ceases to exist following a bankruptcy, regardless of the time at which that trust was created. With that, the Supreme Court of Canada has finally determined that the Crown’s personal right of action against a secured creditor of a tax debtor for unremitted GST and HST is extinguished by the tax debtor’s subsequent bankruptcy.

The ruling of the Federal Court of Appeal created significant uncertainty and concern for secured lenders who wished to work with distressed debtors outside of bankruptcy through forbearance agreements or similar “soft restructuring” tools. The Court of Appeal would have required a tax debtor’s unpaid GST and HST amounts to be reserved for and guaranteed by its secured creditors, despite the practical reality that the actual amounts of those arrears can be difficult to determine even by Canada Revenue Agency, often requiring an audit.

The Court of Appeal’s ruling would also have created a strong disincentive for a secured creditor to work with a distressed borrower outside of bankruptcy to resolve its balance sheet issues. An asset-based lender or other secured creditor would have been well advised to adopt the practice of petitioning all insolvent debtors into bankruptcy prior to accepting any proceeds from receipts or the sale of assets, absent certainty that nothing is owing to Canada Revenue Agency in respect of unremitted GST or HST.

The Supreme Court’s ruling will thus come as welcome news to secured lenders in Canada, who may rest assured that post-bankruptcy at least they will not be expected to make Canada Revenue Agency whole for unremitted GST or HST obligations of borrowers.

The issue of the enforceability of the ETA deemed trust outside of bankruptcy has been left to be decided another day.
﻿ 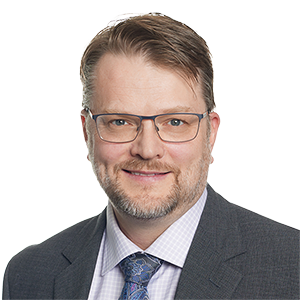