Spanish gaming company Codere proposed an English scheme of arrangement to restructure over €800 million in existing note debt. As a part of the scheme, Codere agreed to pay fees and provide benefits to an ad hoc sub-committee of noteholders that were not available to all noteholders. The High Court held that those fees and benefits were not so material as to fracture the single voting class of noteholders. Re Codere Finance 2 (UK) Limited) [2020] EWHC 2441 (Ch) and [2020] EWHC 2683 (Ch).

The court also considered Codere’s incorporation of a new English subsidiary and the assumption by that subsidiary of the note debt in order to obtain jurisdiction for the purpose of proposing the scheme, finding that such “forum shopping” in this context is permissible. The scheme was sanctioned on October 6, 2020.

Codere is an international gaming operator with operations in Spain, Italy and Latin America. The group’s financial position deteriorated as a result of the COVID-19 pandemic and the group was facing liquidation if a scheme was not implemented.

The group’s financial liabilities were nearly €1 billion and included €85 million of interim emergency notes (issued less than 2 months before the launch of the scheme) (the Interim Notes) and two series of notes with face values of €500 million and $300 million maturing on November 1, 2021 (the Existing Notes). The scheme proposed to extend the term of the Existing Notes by 2 years and increase the interest payable. It also provided for the issue of €165 million of new senior notes (offered to all existing noteholders) that would rank above the Exiting Notes and would be used for working capital purposes and repayment of existing senior debt. The relevant scheme creditors were the holders of the Existing Notes.

As is common in restructuring transactions involving widely held notes, an ad hoc committee of noteholders (the AHC) was formed which negotiated the terms of the scheme with the company.

The restructuring proposal provided for the following fees and benefits:

A dissenting noteholder (Kyma) challenged Codere’s proposed composition of a single class of Existing Note creditors, arguing that the scheme creditors should vote in separate classes with AHC members voting in their own class. Kyma argued that the AHC had negotiated benefits in return for its agreement to the scheme that were not available to other creditors.

On the issue of class composition, the court found as follows:

However, when considering: (a) the cumulative effect of the fees and other benefits; (b) the value provided in return for those benefits; and (c) the likely alternative of liquidation, the court held that the differences in rights were not so material as to make it impossible for the AHC and the other Existing Note creditors to consult together with a view to their common interest, and as such the single class was not fractured.

On the issue of jurisdiction, the court did not hesitate to find that it had jurisdiction to sanction the scheme on the basis that the applicant was an English company. The fact that the company became a co-obligor under a consent solicitation process with the express purpose of being in a position to propose the scheme did not undermine the court’s jurisdiction. Expert evidence was adduced that the accession of the company to the Existing Note indenture was effective as a matter of its governing law.

Notwithstanding the sanction of the scheme, the difficulty the court had in reaching its decision should provide a warning to stakeholders to take care as to the structure and value of benefits provided to any ad hoc or coordinating committee or other sub-set of creditors.

Thank you to Caitlin Jenkins, a Trainee Solicitor in the firm’s London office, for her contributions to this article. 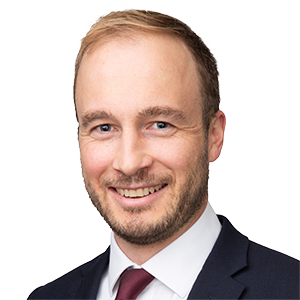