This was first published in Mining World.

‘Alternative finance’ has long been a buzz term for the mining industry. The scarcity of capital due to the absence of traditional sources of funding for mining companies (read, debt and equity) has meant that mining companies have had to look elsewhere for financing. Enter the royalty providers, streaming companies and a myriad of other players offering a variation on the typical funding model. While this is no longer a new phenomenon, interesting dynamics are emerging.

Historically, mining companies used a mixture of equity and debt finance to raise capital for the construction, expansion and development of their assets. For single-asset junior mining companies that process followed a fairly well-trodden path while commodity prices were high; an IPO in London, Toronto or Australia, followed by a project financing by well-established mining banks. While these processes were complex and time-consuming, there was a great deal of liquidity in the market and there appeared to be little need to look elsewhere.

Since the global financial crisis in 2008 and the downturn in commodity prices, those funding sources have been significantly constrained and, in some cases, have dried up altogether. Sensing opportunity, a new breed of financier entered the market offering new forms of finance. The likes of Franco-Nevada, Silver Wheaton, Sandstorm and Royal Gold gained market-share by offering a mixture of streaming and royalty products. Specialist ventures also emerged, such as London-listed Anglo Pacific Group, which focusses exclusively on mining royalties. The trend has had an undisputed impact on the industry; the total value of royalty and streaming transactions topped $20bn in 2015. The companies accessing what were once new and innovative financing techniques now include many long-established players, such as Vale, BHP and Glencore.

What is mining royalty finance?

A royalty is a right to receive payment based on a percentage of the minerals or other products produced at a mine or of the revenues or profits generated from the sale of those minerals or other products at a mine. In the context of alternative finance, a royalty typically involves a one-off up-front payment from the royalty holder in return for which it receives a contractual undertaking from the mining company to pay a specified percentage of future revenue. Mining companies can use the up-front payment for a variety of purposes; funding capital expenditure, general working capital, making acquisitions and even (as is the case for the recent Anglo Pacific/Denison Mines transaction) funding exploration of other unconnected assets.

Royalties can be granted at various stages of a mining company’s lifecycle, and for a variety of purposes. For example, they have been used as a substitute for seed-equity in order to fund feasibility studies and have been provided as a substitute to debt in order to fund the development or construction of assets. That being said, the royalty companies appear to have had greatest appetite to invest in mining companies with operating assets and which can demonstrate a proven source of production and/or revenue in order to justify the investment.

While royalties have been used frequently in the mining industry, there isn’t generally a 'standard form' of royalty and all tend to be fairly bespoke depending on the nature of the underlying asset. However, royalties typically fall into four general headings: profit based royalties, net smelter return royalties, production royalties and royalties in kind.

Attractions of royalty finance for the mining company

Drawbacks of royalty finance for the mining company

Attractions of royalty finance for the royalty holder

Drawbacks of royalty finance for the royalty holder

The royalty finance market is clearly no longer a new phenomenon. There are a growing number of companies willing to offer this form of finance and a proliferation of deals involving a royalty component. So what are the emerging issues?

Concerns around capital-adequacy and the growing cost of providing project finance debt means that banks have not returned to the mining sector in the same volume as was prevalent before the commodity crunch. In their place is a growing band of ‘non-bank lenders’, including specialist mining funds. Like all funds, they have an internal hurdle rate which needs to be achieved before they can make any investment. However, they are willing to be creative in order to achieve that hurdle rate and that often means offering a debt-piece alongside another form of alternative finance, such as a royalty. In some respects it allows them to fill the void left by debt and equity and become a one-stop-shop for finance.

For mining companies this continues to offer an important source of potential capital, but it is not without its drawbacks. Because of the internal hurdle rate, the cost of borrowing from these entities is invariably higher than traditional bank lending. In addition, mining companies need to carefully consider their long-term goals ahead of entering into a composite financing. Tying up future revenue for life of mine (in the form of a royalty) is often just a ‘bolt-on’ to the debt financing, but it can have significant implications if the mining company intends to refinance the debt further down the road with a more traditional form of finance. Voluntary prepayment rights under a loan agreement won’t count for much if the royalty remains and serves as a ‘poison pill’ for future lenders.

The mining funds are alive to these issues and, based on this author’s experience, are willing to look at creative solutions that cater for potential refinancing needs. One option is to agree detailed intercreditor arrangements with the royalty holder up-front which contemplate a lender coming into a transaction. This can prevent a mining company being held to ransom by an incumbent royalty holder, while offering the debt fund/royalty holder some protection against its internal hurdle rate being eroded.

The interface between a royalty holder and a traditional financier (whether providing debt or equity) presents an interesting dynamic, and one which is likely to become increasingly important if there is a resurgence in the rest of the mining sector. Indeed there have been recent signs of life; Mining Indaba had a more positive mood than in recent years; gold has consistently remained above $1200 per ounce; the world’s largest miner, BHP Billiton, recently returned to the black and paid a better-than-expected dividend; and new greenfield mining projects are attracting investment. If these signs do lead to a sustained recovery then traditional players are bound to return, as are more traditional forms of debt and equity finance.

It will be interesting to see whether increasing competition and liquidity in the market forces the royalty companies into new investment strategies. These could include, for example, a growing willingness to take construction risk or a move into emerging markets. Regardless of developments in the coming months and years, it is plain for all to see that royalty finance is here to stay. Indeed, in years to come it may no longer be seen as an ‘alternative’ source of finance, but rather as a customary part of a mining company’s financing toolkit. Dangerous words in the world of mining, but this could well be the new normal. 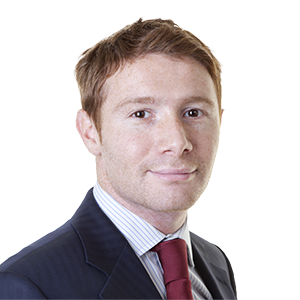