Skip to main content
Use of cookies by Norton Rose Fulbright
We use cookies to deliver our online services. Details and instructions on how to disable those cookies are set out at nortonrosefulbright.com/cookies-policy. By continuing to use this website you agree to our use of our cookies unless you have disabled them.
OK
In this edition we take a look at the Queen’s Speech from a real estate perspective; two pandemic- related landlord and tenant cases; significant property tax developments; and pre-pack sales.

The Queen’s Speech on May 11, 2021 set out the Government’s legislative programme for the 2021-2022 session, with the Prime Minister promising to: “fulfil our pledge to unite and level up, and build back a better Britain”. Real estate highlights include:

A notable omission was any mention of business rates reform, but please see our property tax update below for the Government’s proposed next steps in this respect.

The Chief Executive of the British Property Federation commented that: “This year’s Queen’s Speech was one of the most significant in recent history for the property sector. With the Government focused on ‘levelling up’ the UK and bringing forward new legislation to modernise the planning system to achieve this, the property sector will undoubtedly play a fundamental role in supporting communities across the country to build back better.”

COVID case law on the rise

It appears that the pandemic rent arrears case reported in last month’s Real Estate Focus may be the tip of the iceberg.

Bank of New York Mellon (International) Ltd v Cine-UK Ltd and others [2021] EWHC 1013 (QB) is on a similar theme, with a similar outcome.

The claimant landlord sought a summary judgment to recover accrued rent arrears from three of its substantial commercial tenants, contending that rent continued to fall due and payable during the pandemic despite the temporary restrictions on access to and use of the leased premises.

The tenants disagreed on several grounds but failed on each count.

The tenants argued that the rents were suspended under rent cesser clauses in their leases. The clauses were in a standard form, providing that rent would be suspended if premises were rendered unfit for occupation or use or inaccessible due to being "damaged or destroyed". The judge held that this did not extend to non-physical damage, nor could such a term be implied.

Further, the rent arrears could not be recovered under the landlord’s insurance, as this did not cover loss of rent unless rent had ceased to be payable under the rent cesser clauses.

The judge also held that there was no basis for saying that rent should be suspended because of short-term frustration – there was no such thing in law. Arguments that the circumstances of the pandemic were supervening events which temporarily suspended the obligations to pay rent, and that the inability to operate from the premises resulted in a partial failure of consideration, also failed.

Finally, the existence of the Government’s voluntary Code of Practice for commercial property relationships during the pandemic did not obstruct landlords from seeking summary judgment for rent arrears. The Code is clear that it does not restrict landlords from requiring tenants who can pay their rents to do so and no evidence was adduced to show that the tenants could not pay their rent. Parliament had enacted specific limitations upon various legal rights and remedies which are otherwise generally available to landlords but there was no such limitation in relation to simply suing for rent.

Also of interest is the decision in WH Smith Retail Holdings Limited v Commerz Real Investmentgesellshaft MBH [2021]. The case concerned an unopposed lease renewal under the Landlord and Tenant Act 1954. Most of the terms of the new lease had been agreed, including a “pandemic” rent suspension clause, but one of the outstanding issues before the court was the nature of the trigger for that clause.

The landlord’s proposed trigger was the compulsory cessation of trading. The tenant, on the other hand, considered that the trigger should be the closure of non-essential retailers. This was on the basis that the tenant’s premises, being a newsagent and Post Office in a shopping centre, had remained open during the compulsory lockdown while surrounding premises, being non-essential, had closed resulting in the tenant’s sales dropping by over 90 per cent.

The court came down in favour of the tenant, with the judge stating: “It seems to me that the advantages to the tenant of being able to remain open when non-essential shops are closed…are more notional than real”, although adding that matters might be different on the high street, as opposed to in a shopping centre.

Interestingly, on the question of the rent under the new lease, the landlord argued that a lease without a pandemic rent suspension clause was worth less than a lease with such a clause, which should result in a rent uplift in this case. The judge disagreed: “A pandemic clause has become something that all tenants want, and the market has now priced it in. I do not think that there is any basis on which I can properly find that any uplift should be made”.

While this is a County Court decision and therefore not binding, is it a sign of things to come?

Following earlier announcements, on April 29, 2021 the Government launched a consultation in relation to a proposed residential property developer tax (RPDT or “cladding tax”). RPDT is designed to raise revenue to support the replacement of defective cladding on residential property over 18m tall and to provide a low cost finance facility to enable the replacement of cladding on buildings between 6 and 18m tall.

The Government is consulting on two models for identifying the tax base:

RPDT would not be reduced by any pre-April 2022 losses, group relief, or funding costs to ensure that the profits of residential property development business would be “ring-fenced”.

Key to the scope of the tax are the concepts of “residential” and “profits”. It is proposed that exclusions would apply for certain ‘communal dwellings’ such as hospitals, hotels, hospices, boarding schools and prisons. The Government is also considering to what extent purpose-built student accommodation and retirement living should fall within scope. While the overriding intent seems to be for RPDT to apply to the largest residential property developers, depending on how key terms are defined, it could also have an impact on investors who build to rent, and this is something to watch closely.

To date, there has been no indication of the likely tax rate applicable to the ring-fenced profits.

The deadline for responses to the consultation is July 22, 2021 and we will keep you updated.

On May 12, 2021, HMRC launched a consultation to seek views on the current VAT rules relating to land and property and to explore potential options for simplifying them.

It is acknowledged that the VAT rules concerning land and property in the UK are complex. While the starting point is that most land transactions are exempt from VAT, there are a number of exceptions to this rule and taxpayers can spend a disproportionate amount of time determining the correct VAT treatment of supplies in relation to UK land transactions. A range of rates and/or exemptions can apply, depending on particular facts and circumstances, and it is not always clear what the correct analysis is. The option to tax, which enables a person with an interest in certain types of property to treat supplies in respect of such property as subject to VAT, is also complex and subject to wide ranging anti-avoidance provisions.

The Office of Tax Simplification is considering a range of options to simplify the VAT treatment of land and property. These include:

Interested parties are invited to make comments and suggestions by August 3, 2021. This is the first step in a five stage process, so any changes are not likely to be imminent.

Respondents have raised a broad range of issues with the business rates regime, many of which echo responses to the 2015 review and the 2019 Treasury Select Committee inquiry. These include the need for a general simplification of the regime, a call for more frequent property revaluations, reducing the business rates multiplier, the introduction of targeted plant and machinery relief in connection with investment in digital and ‘green’ infrastructure, increased sharing of valuation information with the valuation office agency, improving the ‘check, challenge, appeal’ and billing systems, and alternative taxes to business rates.

In terms of potential alternative taxes, respondents generally rejected the introduction of a capital value tax and were divided on whether supplementing business rates reductions with an online sales tax would have the intended result of ‘levelling-up’ traditional high street businesses with online offerings.

The Government has announced that it will publish a final report in autumn 2021 “when there is more economic certainty”.

Please contact Real Estate Tax partner Julia Lloyd for further information on any of the topics covered in this property tax update.

There is no legal definition of a “pre-pack sale”. However, it is generally understood to be an arrangement for the sale of all, or a substantial part, of a company’s business that is put in place before the company enters formal insolvency (administration), after which the appointed administrator completes the sale.

There have been well-publicised concerns about the transparency of pre-pack sales – in particular those to connected parties such as the existing management or owners, where creditors are often unaware of the sale until the transaction has completed – and whether they represent best value for creditors.

The Administration (Restrictions on Disposal etc. to Connected Persons) Regulations 2021 are intended to address these concerns.

In summary, they impose conditions on disposals in administration, including that an administrator cannot dispose of the property of a company to a person connected with the company within the first eight weeks of the administration without either the approval of creditors or an independent written report on the reasonableness of the proposed disposal. The Regulations also require that, if the report concludes that the proposed disposal is not reasonable, this must be disclosed to the company’s creditors.

The Regulations apply to administrations that commence on or after April 30, 2021. The British Property Federation comments that the Regulations “will provide much-needed transparency and provide reassurance that a sale has been completed in a fair manner”. 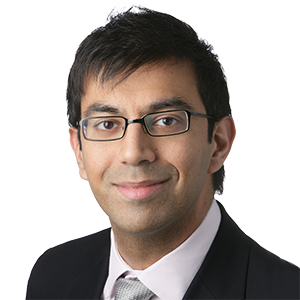 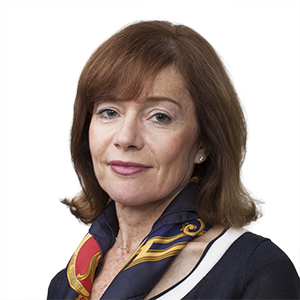