Contract for sale of bonds was not sufficiently connected to England to displace a presumption that New York law applied.

The Claimant, Molton Street, negotiated with the First Defendant, Shooters Hill, to purchase bonds held by a New York hedge fund.  Both Molton Street and Shooters Hill were small London-based brokers.  Although negotiations were carried out between the two London brokers, Shooters Hill was not sufficiently capitalised to trade as principal on the deals it negotiated.  As such it had an arrangement with the Second Defendant, Odeon - a broker based in New York, which meant that for buy and sell transactions negotiated by Shooters Hill, Odeon would step into its shoes as contracting party with the buyer and seller and they would share the profit.

Molton Street was aware of the arrangement between Odeon and Shooters Hill, confirmed the transaction with Odeon and requested a trade ticket from Odeon.  Odeon’s emails and trade ticket contained a disclaimer that trades could not be considered “good trades” without express consent of the principals.  After being told by its seller that the bonds would not be delivered, Odeon cancelled the contract. This transaction was one of a chain and Molton Street had already contracted to sell the bonds on to Morgan Stanley before it had received them.

A number of issues were in dispute, including the proper law of the contract, which contained no governing law clause.  The parties agreed that this issue was to be decided with reference to Article 4 of Regulation (EC) No 593 on the law applicable to contractual obligations (“Rome I”).  Odeon asserted that New York law applied either as the residence of the seller of ‘goods’ (pursuant to article 4.1(a) of Rome I) or, failing that, as the residence of the party required to effect characteristic performance of the contract, i.e., to transfer the bonds  (article 4.2). Molton sought to rely on the “escape clause” at Article 4.3 of Rome I to assert that English law applied as it was clear the contract was manifestly more connected with England.

Popplewell J did not decide whether or not the bonds were ‘goods’ under Article 4.1(a), as it was accepted that Article 4.2 would have the same effect. He held that the proper law of the contract was New York law and that the ‘escape clause’, Article 4.3, did not apply.

Popplewell J compared the test under Article 4 of Rome I with that set out under Article 4 of its predecessor, the Rome Convention, and concluded that the text and architecture of the two were very different.   Under the Rome Convention, in the absence of a choice of law, the test in Article 4.1 was the country with which the contract was most closely connected.  Article 4.2 then set out various presumptions to assist with the test, but these were subject to Article 4.5 which provided that the presumptions should be disregarded if “it appeared” from the circumstances as a whole that the contract was “more closely connected” with another country.

In contrast, under Rome I the test is no longer one of closest connection, and is instead contained within the various rules set out in Articles 4.1 and 4.2.  The closest connection test has become an “escape clause” to be applied only where it is “clear” that the connection is “manifestly” closer to a country other than determined by the tests in Articles 4.1 and 4.2.  Popplewell J concluded that “the new language and structure suggests a higher threshold, which requires that the cumulative weight of the factors connecting the contract to another country must clearly and decisively outweigh the desideratum of certainty in applying the relevant test in Article 4.1 and 4.2.”

In addition to it being Odeon’s place of business, there were considerable connecting factors with New York, including:

Consequently, the remainder of the issues in dispute were decided under New York law and the Claimant’s case was dismissed.

The decision provides useful guidance on the scope of the escape clause under Article 4.3 of Rome 1. It will only be triggered in very limited circumstances, where connecting factors decisively outweigh the choice that would otherwise apply. Although the contract was one of a chain all governed by English law, this was not enough to engage the escape clause – the conclusion might be different if all the other contracts in the chain contain an express choice of English law. 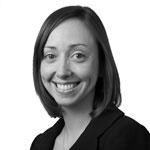