The number of UCIs taken into consideration is 3,719 compared to 3,746 the previous month1. 2,434 entities have adopted a multiple compartment structure, representing 13,529 compartments. Adding the 1,285 entities with a traditional structure, a total of 14,848 units are active in the financial centre2.

The Commission de Surveillance du Secteur Financier (CSSF) issued on January 31, 2019 a press release (CSSF Press Release 20/03, hereinafter referred to as the Press Release) which follows the formal adoption of the Withdrawal Agreement by the Council of the European Union on January 30, 2020, and the fact that the UK has left the EU at midnight January 31, 2020.

According to the terms of the Withdrawal Agreement, a transition period will last until December 31, 2020. During the transition period, EU laws and regulations continue to apply in the UK and UK entities can continue to conduct business in Luxembourg on the basis of their passporting rights.

The scenario of a hard Brexit, under the assumption of which previous communications have been issued by the CSSF (reference is made to CSSF Press Releases 19/05, 19/18, 19/33, 19/34, 19/41, 19/43, 19/48 and 19/54), is therefore no longer relevant and the CSSF’s individual decisions granting the 12-month transitional regime to UK entities and all notifications made in that context are lapsing.

The CSSF also stressed the fact that impacted entities should continue to take all necessary steps to prepare and anticipate the end of this transition period.

On December 20, 2019, the CSSF published Circular 19/733 with the objective to implement into Luxembourg regulation, the International Organization of Securities Commissions’ (IOSCO) recommendations and good practices on liquidity risk management for UCIs.

The IOSCO recommendations are intended to ensure that liquidity is managed to safeguard and protect the interests of investors, including in stressed market conditions.

The IOSCO recommendations address in particular the following elements of the liquidity risk management process:

CSSF Circular 19/733 defines the scope of application of the IOSCO recommendations and underlines the immediate and mandatory compliance by in-scope entities with the recommendations and related IOSCO good practices for each of their managed open-ended UCIs.

The in-scope entities are:

In order to link the NRA to the entity-level ML/FT risk assessments that the CSSF performs annually of investment fund managers operating in Luxembourg, and to develop a perspective on the risks faced by the collective investment sector, in 2019, the CSSF began an analysis of ML/FT risks affecting the aforementioned industry in Luxembourg.

This risk assessment takes a closer look not only at ML/FT inherent risks, but also at risk-mitigating factors applied by IFMs and competent authorities, as well as their impact on inherent risk and the resulting residual risk level.

The CSSF expects supervised entities involved in the collective investment sector to reflect the findings and conclusions from this sub-sector risk assessment into their frameworks to ensure they remain appropriate to effectively mitigate ML/FT risks.

The CSSF reminded the industry that UCITS management companies and self-managed UCITS have to incorporate the necessary changes into KIIDs by February 19, 2020 at the latest (i.e. 35 business days after December 31, 2019). The updated KIIDs should be transmitted to the CSSF via the usual transmission channels.

Considering that, further to the European Securities and Markets Authority (ESMA) Q&A on UCITS, the information disclosed in the UCITS KIID should be consistent with the UCITS’ objectives and investment policy of its prospectus, UCITS management companies have to: (i) assess whether a change to the prospectus is necessary; (ii) verify that the KIID and prospectus’ disclosures are aligned; and (iii) where applicable, proceed with a filing of an updated prospectus with the CSSF at the earliest of: (i) the next revision of the prospectus or (ii) the end of the year 2020.

Regulation (EU) 2017/1131 of the European Parliament and of the Council of June 14, 2017 on money market funds (MMF Regulation) requires, among others, the filing from the managers of money market funds to competent authorities, of periodical information within a frequency depending on their assets under management. The reporting obligations are set out in Article 37 of the MMF Regulation.

CSSF Circular 20/734 of January 28, 2020 aims to clarify technical details that managers of MMFs need to know in order to fulfil their reporting obligations. Information regarding the operational issues on this reporting (for instance the reporting frequency, the reporting periods and the first reporting period) can be found either in the ESMA MMF Regulation reporting guidelines or in the relevant CSSF Q&As. CSSF Circular 20/734 provides practical information on filing reporting information with the CSSF. Reporting files must be submitted electronically using only the channels accepted by the CSSF. The deadline for the submission of each report is 30 days after the end of the relevant quarter/year. Further details regarding legal reporting can be found at http://www.cssf.lu/en/supervision/ivm/money-market-fundsmmf/legal-reporting/. Specific technical aspects of this reporting are included in the appendices to CSSF Circular 20/734.

Finally, CSSF Circular 20/736 of January 28, 2020 aims to implement the ESMA guidelines on reporting to competent authorities under Article 37 of the MMF Regulation (Ref. ESMA/34-49-168). These guidelines provide guidance on the content of the fields of the reporting template laid down in the annex of Commission Implementing Regulation 2018/708, including the fields on stress tests.

The ATAD 2 law extends the scope of existing anti-hybrid rules to transactions involving third party countries. These rules will apply for fiscal years starting on or after January 1, 2020, except for the reverse hybrid rules which will apply only as of fiscal year 2022.

These rules are designed to neutralise the tax impacts of hybrid mismatches (defined as double deduction or deduction without inclusion) resulting mainly from the use of hybrid financial instruments or hybrid entities.

These rules may increase the tax base of Luxembourg taxpayers either by denying currently deductible payments or requiring to include income that was so far not subject to tax.

The CSSF has published statistics on UCITS risk reporting covering the period from July 1 to December 31, 2018. In the context of UCITS risk reporting, all Luxembourg-domiciled UCITS are required to provide some general information data, including the global exposure calculation method and the realised level of leverage, as well as, for UCITS under a value at risk (VaR) approach, the expected level of leverage.

In addition, detailed information on risks is requested for UCITS falling in the full reporting scope, i.e. UCITS fulfilling at least one of the following two criteria:

On March 23, 2020, the CSSF issued version 2 of its FAQ CSSF – Swing Pricing Mechanism. The CSSF has added questions 6.a), 6.b) and 6.c) regarding the “Use of swing pricing (applied similarly to dilution levy) by UCIs (UCITS, UCI Part II & SIFs)”

“Question 6.a): Can UCIs (UCITS, UCI Part II & SIFs) increase the swing factor to be applied on the NAV up to the maximum level laid down in the prospectus?

Yes, this can be done without prior notification to the CSSF.

Question 6.b): Can UCIs increase the applied swing factor beyond the maximum swing factor laid down in the fund prospectus in the following situations:

In the first case, the Board of Directors of the UCI or, if applicable, the Management Company can decide to increase the swing factor in accordance with the provisions and conditions of the prospectus. The decision must be duly justified and take into account the best interest of the investors.

In the second case, the CSSF permits on a temporary basis the Board of Directors of the UCI or, if applicable, the Management Company, given the current exceptional market circumstances involved by the COVID-19, to increase the swing factor beyond the maximum level mentioned in the UCI prospectus. This decision must again be duly justified and take into account the best interest of the investors.

In both cases, the Board of Directors must communicate this decision to current as well as new investors through the usual communication channels as laid down in the prospectus.

The UCI has to provide the CSSF (case officer in charge of UCI) with a detailed notification of the resolution, including a specific explanation on the reasons for such resolution.

In addition for the second case, an update of the UCI prospectus to formally provide for the possibility for the Board of Directors of the UCI or, if applicable, the Management Company to go beyond the maximum level under certain predefined conditions, has to be performed at the earliest convenience.

Question 6.c): To what extent can a UCI increase the applied swing factor beyond the maximum swing factor disclosed in the fund prospectus?

The CSSF usually observes that the maximum swing factors laid down in the UCI prospectus vary between 1 per cent and 3 per cent.

In accordance with question b) above, the maximum swing factor could be raised beyond the maximum level laid down in the UCI prospectus on a temporary basis provided the following minimum elements are observed:

For a swing factor adjustment going beyond the maximum swing factor laid down in the UCI prospectus in force, the CSSF can ask the UCI to justify on an ex-post basis the level of the swing factor applied and to provide documentary evidence that such factor was at any time representative of the prevailing market conditions.

Respective sources either directly indicated or taken from the relevant law, regulation or other document to which reference is made

Welcome to the fourteenth edition of Global asset management quarterly. Back to main page
﻿ 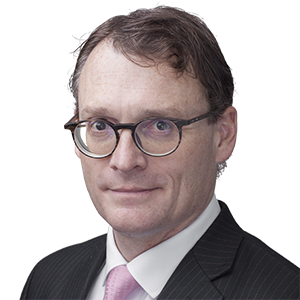 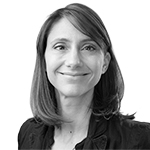