Who owns the joint venture company?

Who appoints the directors of the joint venture company?

In the UK, the day-to-day operations of the joint venture company will usually be overseen by a single board of directors with each director appointed by a shareholder. Shareholders may have fixed director appointment rights or their right to appoint a director may be dependent on holding a particular percentage of the issued share capital of the joint venture company. In the case of appointment rights tied to shareholding, if the shareholder reduces its shareholding so that its entitlement to appoint directors reduces, usually the last director appointed by that shareholder will automatically vacate his/her office. Quorum requirements at board meetings will usually be set on the same basis as quorum requirements at shareholder meetings (see above).

There is usually a maximum number of directors who may be appointed to the board of the joint venture company. Particularly where there are multiple shareholders, it may be advisable to consider carefully whether each shareholder should have board representation or whether that may make the board too unwieldly to be effective. If there are shareholders who do not have board representation, it may be worth considering whether those shareholders should be able to appoint board observers (who can attend board meetings but not vote) for information purposes.

Who runs the joint venture company on a day-to day basis?

Subject to the size of the joint venture’s operations and its ability to operate independently of its shareholders, the joint venture company is likely to be run on a day-to-day basis by a management team who may have specific delegated authority from the board to make certain decisions. A majority shareholder may retain the right to appoint key executives (CEO, CFO, etc.) or the appointment of such executives may be a reserved matter (see below).

How are key decisions made by the joint venture company?

If unanimity is not appropriate, the voting threshold required to pass a reserved matter may be fixed at a certain percentage or a particular shareholder may be granted veto rights over certain key matters. Reserved matters may be confined to especially sensitive issues and/or fundamental issues such as activities relating to the company’s constitution, share capital, regulatory matters, material contracts, appointment of key personnel and material litigation but may cover a more extensive range of matters where the circumstances of the deal make this appropriate. Reserved matters are usually intended to protect the interests of a minority shareholder but may also operate to protect a majority shareholder in cases where the minority shareholder’s interest is sufficient to achieve a result e.g. seeking to wind up the company or taking other actions designed to put pressure on the majority shareholder.

There may be tax considerations around where key decisions are made as this can influence the tax residence of the joint venture company.

How do the joint venture parties address conflicts of interest?

When parties agree to a joint venture there is usually a reasonable basis to believe that the parties have similar or well-matched interests which will facilitate decision-making at shareholder level. In the case of an incorporated joint venture, the directors will have a duty to promote the success of the company for the benefit of its members which, in principle, should align decision-making at board level with decision making at shareholder-level.

The parties should consider whether it is appropriate to allow a shareholder/their appointed director to vote where there is a clear conflict, whether certain conflicts may be authorised and the adjustments to quorum requirements which may need to be made where shareholders/directors are not permitted to vote. It may also be worth considering whether to appoint any independent directors to the board of the joint venture company as an independent director may be helpful in combating uncertainty arising from a conflict situation as well as having the potential to reduce the potential for the board to become deadlocked.

How can the governance of an unincorporated joint venture work? 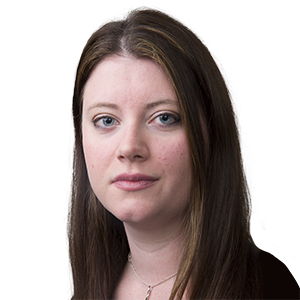