The right to limit liability has long been considered by shipowners to be a central tenet in their risk management considerations. The fact that small print in standard form documentation presented to a master can result in owners waiving their right to limit liability, will come as a surprise to some owners. Despite this, there are a number of steps that owners can take to mitigate against this risk.

On 25 May 2012 the tanker Cape Bari (Vessel) collided with a Sea Berth at Freeport in Grand Bahama. The Sea Berth was the property of the Bahamas Oil Refining Company International (BORCO). As a result of the damage caused by the collision, BORCO claimed damages totaling US$22 million plus interest against the owners, Cape Bari Tankschiffahrts GmbH & Co KG (Owners).

Owners claimed that they were entitled to limit their liability (if any) to 11,012,433 Special Drawing Rights (calculated by reference to the Vessel's gross tonnage), or about US$16.9 million plus interest, under the Merchant Shipping (Maritime Claims Limitation of Liability) Act 1989 of the Bahamas (1989 Act), which incorporated into Bahamian Law the Convention on Limitation of Liability for Maritime Claims 1976 (1976 Convention). BORCO denied that Owners were entitled to limit their liability, on the basis that Owners had waived their right to do so as the Master, before the berthing operation, had signed a document titled “Conditions of Use”. The relevant parts of Clauses 1, 4 and 6 of the Conditions of Use provided:

1. … In all circumstances the Master of any vessel shall remain solely responsible on behalf of his owners for the safety and proper navigation of his vessel …

4. If in connection with, or by reason of, the use or intended use by any vessel of the terminal facilities or any part thereof, any damage is caused to the terminal facilities or any part thereof from whatsoever cause such damage may arise, and irrespective of whether [sic] or not such damage has been caused or contributed to by the negligence of BORCO or its servants, and irrespective of whether there has been any neglect or default on the part of the vessel or the Owner, in any such event the vessel and the Owner shall hold BORCO harmless from and indemnified against all and any loss, damages, costs and expenses incurred by BORCO in connection therewith. Further, the vessel and her Owner shall hold BORCO harmless and indemnified against all and any claims, damages, cost and expenses arising out of any loss, damage or delay caused to any third party arising directly or indirectly from the use of the terminal facilities or of any part thereof by the vessel …

6. These Conditions of Use are the [sic] be interpreted and construed in accordance with the Laws of the Bahamas.

On 9 August 2013, the Honourable Senior Justice Hartman Longley upheld BORCO’s submissions and held that Owners were not entitled to limit liability as, on a true construction of the Conditions of Use, Owners had contracted out of their right to limit.

On 22 May 2014, the Court of Appeal allowed Owners’ appeal and held that under articles 2.1 and/or 2.2 of the 1976 Convention it was not permissible to contract out of the right to limit (even by entering into a contract of indemnity).

BORCO appealed to the Privy Council (Council). In an erudite judgment, the Council dismissed BORCO’s appeal. In dismissing the appeal, the Council considered two primary questions.

(1) Is it permissible for the owners of a vessel to contract out of or waive their statutory right of limitation under the 1989 Act and the 1976 Convention?

In considering the first question the Council undertook a comprehensive review of the relevant case law authorities, the language of the 1976 Convention and its predecessor, the 1957 Convention, the travaux préparatoires and the 1969 Vienna Convention on the Law of Treaties. Following review of the authorities, the Council agreed with the general principle that “a man may by his conduct waive a provision of an Act of Parliament intended for his benefit”,1 and held that it was permissible for the owners of a vessel to contract out of or waive their statutory right of limitation under the 1989 Act and the 1976 Convention.

(2) On the true construction of the agreement contained in or evidenced by the Conditions of Use, did the owners and BORCO agree to exclude the owners' right to limit liability under the 1989 Act and the 1976 Convention?

In considering the second question the Council stated that this was essentially one of construction of the clause; and that the relevant principle was that for a party to be held to have abandoned or contracted out of valuable rights arising by operation of law, the provision relied upon must make it clear that that is what was intended. The more valuable the right, the clearer the language will need to be.

Applying the principle to clause 4 of the Conditions of Use and article 2.2 of the 1976 Convention, the Council accepted Owners' submission that the two instruments could be read together as a coherent scheme. BORCO was entitled to an indemnity in respect of “all and any loss” up to the maximum recoverable pursuant to the Convention. The phrase “all and any loss” was simply generic indemnity clause wording which made no reference to the statutory wording. In other words, there was nothing in the language of the agreement to suggest that Owners were agreeing to waive their right to limit. To the contrary, the Council took the view that it would be inconceivable that Owners would have intended to waive their right to limit, and if BORCO had intended that they should do so, it could reasonably have been expected for BORCO to include such a clause in the Conditions of Use.

For these reasons the Council held that, on a true construction of the Conditions of Use, BORCO had not agreed to exclude Owners' right to limit liability under the 1989 Act and the 1976 Convention.

As a matter of English law, where there is no contradictory authority, decisions of the Council will continue to be regarded as having great weight and persuasive value.

Generally speaking, under this statute, a vessel owner is entitled to limit its liability in a casualty to the value of the vessel post-casualty plus pending freight as long as the casualty was “done, occasioned or incurred without the privity of knowledge of the owner.”2 This Act, which has undergone minimal changes over the years, was enacted at a time when vessel owners had little, if any, communication with the vessel. Thus, this statute was designed to insulate owners from damages over and above the value of the vessel for casualties which occurred when the vessel was beyond their control. Given changes in technology, the rationale behind the statute is arguably no longer valid. Nevertheless, the statute, which has been widely criticised, remains in effect. Indeed, a recent attempt by Congress to repeal the act following Deepwater Horizon was unsuccessful and thus limitation of liability remains viable.

Although the Cape Bari decision considered limitation under the 1976 Convention and not the Limitation of Liability Act of 1851, its rationale and holding could be persuasive in a US limitation action. Accordingly, vessel owners should take notice and precautions to ensure that liability is not waived by the signature of a master. This is particularly true considering that the advantages of a limitation action in the US go far beyond the obvious (i.e. reducing damages). There are significant procedural advantages to the statute which vessel owners will want to ensure are not waived. Indeed, the limitation statute allows a vessel owner to offensively commence a limitation action in a federal district court within six months after receiving notice of a claim for damages which exceeds the value of the vessel. The owner is required to provide notice of the suit to all claims stemming from the casualty. This consolidation of claims is known as a “concursus” and  provides a significant benefit to owners, requiring all claims to be litigated in a singular federal forum before a judge instead of defending multiple claims in many jurisdictions before juries.

It remains to be seen whether terminal (and other) operators will amend their standard form conditions of use and other documentation as a means of taking advantage of an owners’ ability to waive their right to limitation.

Notwithstanding any possible response by terminal operators, and in light of the Cape Bari decision, owners, whether operating under English or US law, can consider the following general suggestions: 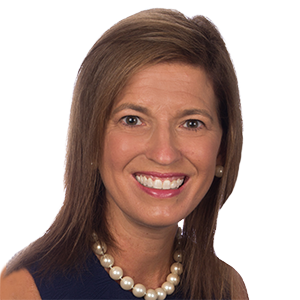