The high (and rising) cost of complex commercial litigation proceedings remains one of the defining features of litigation in Ontario, and across Canada more broadly. In deciding whether to litigate a claim, lawyers and their clients must assess not only a claim’s substantive merits, but also whether it is economically viable to pursue. More and more, it is the economic cost of pursuing a claim—irrespective of its substantive merits—that increasingly dictates if and how that claim will be litigated. This has profound implications for the legal system: legal rights are illusory and no more than a source of frustration if they cannot be recognized and enforced.

Where the would-be claimant is an insolvent company, that concern is necessarily escalated and it often means that debtors and those appointed to administer their estates do not always maximize the value realizable from all potential claims. Although in-progress litigation and claims arising out of insolvency can represent an important source of funds for an insolvent estate, even for large estates there will often not be the funds or the confidence to proceed, particularly in the face of the potential for adverse costs awards.

One potential new tool to help with this situation is third-party litigation funding. Under these arrangements, a third party who is otherwise unrelated to the litigation agrees to fund all or part of the claimant’s litigation costs, often also indemnifying them against any adverse costs awards, in return for a portion of that claimant’s recoveries in damages or costs should the funded party succeed.

While the Canadian market for such arrangements outside the class actions context is still very much developing, elsewhere it has assumed a prominent role. Numerous funds have sprung up in the United States, United Kingdom and elsewhere to fund everything from consumer litigation, including personal injury and other tort claims, to complex commercial disputes, and litigation funding is estimated to represent a multi-billion industry globally. In Canada, most litigation and arbitration arrangements have historically been funded on an inbound basis from U.K. and U.S.-based funders, but that may be changing. Australia-based specialist litigation funder Bentham IMF opened offices in Toronto in 2016, expanding to Montreal this past summer, and in their first year in operation received over 100 applications for funding.

Indeed, one of their first funded cases resulted in one of the first ever approvals of a litigation funding agreement in Canada for an insolvent company operating under the protection of the Companies’ Creditors Arrangement Act, Canada’s primary large commercial restructuring statute. In 9354-9186 Quebec Inc. (Bluberi Gaming Technologies Inc.) v. Ernst & Young Inc., 2018 QCCS 1040, the insolvent debtor Bluberi’s only remaining asset was a potential lawsuit worth as much as $200 million that it sought to assert against its former secured lender, alleging that it caused Bluberi’s demise as part of an aggressive “loan to own” strategy. With only limited financial resources however, Bluberi could not afford to take on and pursue the claim on its own for the benefit of its creditors.

Bluberi and its counsel therefore entered into a litigation funding agreement with Bentham whereby it agreed, subject to court approval, to pay Bluberi’s costs of the litigation in return for a portion of its proceeds, if successful, including a priority charge for such amounts for the first $20 million. If the litigation were unsuccessful, Bentham would lose its investment. As to Bluberi’s counsel, it would receive a reduced hourly rate on monthly billings to be paid by Bentham, as well as a deferred payment and performance bonus that would both be contingent on a successful outcome.

The court-appointed monitor[1] in the case supported the agreement and Bluberi moved for its approval as well as a super-priority court-ordered charge to secure Bluberi’s obligations thereunder. The lender for its part brought a cross-motion for approval to call and hold a meeting of creditors to approve its own plan of arrangement, through which the lender would be released from any liability to Bluberi.

In approving Bluberi’s arrangement, the court found that each of the above tests were met, and noted it was particularly determinative that, without proceeding with the litigation funding, unsecured creditors could not expect any recoveries on their claims.

The court also did not find the termination rights that were afforded the funder gave it too much discretion or undue influence over the litigation. These rights provided that Bentham could terminate the agreement if, “acting reasonably,” it “ceases to be satisfied in relation to the Litigation” or “believes the Litigation and the Claims (or either of them) are no longer commercially viable”.

The court was satisfied that in light of the amount of time and money invested by Bentham so far as well as its financial commitments, the funder had no intention of terminating the arrangement unless it perceived that it would not gain from it, and that such rights were not unreasonable.

Of apparent significance also was the fact that that Bentham charged no fees or interest on the amounts funded, and therefore (as has been a criticism in some prior non-insolvency cases, where the funder’s recoveries escalated over time) had no collateral interest in unduly drawing out the proceedings for the purpose of earning greater interest amounts or fees. It also meant that Bentham would only benefit in the event of a successful outcome to the litigation, meaning that Bentham was incentivized to—and had—expended significant resources in assessing the merits of the claim itself.

Seemingly implicit in this was that Bentham could not be accused of encouraging the bringing of an otherwise frivolous claim and on this point it is worth noting that the court mentions elsewhere the seriousness of the allegations at issue and that Bluberi had already shown clear interest in bringing a case against its former secured lender long before Bentham entered the scene.

Historically, litigation funding arrangements have been prevented in Ontario and the other Canadian common-law provinces in light of the influence of the common law doctrines of champerty and maintenance, which were directed at preventing third parties from instigating frivolous litigation; maintenance, being the act of giving assistance or encouragement to a litigant by a person who has neither an interest in the litigation nor any other motive that the law recognizes as a legitimate reason for interference. Champerty is a particular type of maintenance that arises when that third-party obtains a share of the proceeds of a successful outcome. Litigation funding arrangements were therefore viewed as per se champertous and historically considered void on that basis.

Notably and as mentioned by the court in Bluberi, Quebec is not a common law jurisdiction and so the issue of champerty and maintenance did not need to be considered. However there are very strong reasons to believe that funding arrangements would be approved in Ontario and the other provinces in an insolvency proceeding, and at this point the question is likely not if but when.

Firstly, litigation funding arrangements are already an established feature of the legal landscape of class action proceedings in Ontario, and there seems to be little reason why the principles that animate their approval in that context cannot be applied with only limited modifications in the insolvency context. The primary rationale for their approval in class actions cases is to enhance access to justice, and although the access to justice benefit may not be as persuasive in a commercial insolvency context as in the class action one, it is nevertheless an argument in favour of litigation funding’s expansion in insolvency litigation. As evidenced by the example in Bluberi, an insolvent debtor or the party administering the debtor’s estate may have a legitimate claim that the company may not have the resources to litigate without additional funding. Without such funding, that otherwise meritorious claim would go unpursued (or at least settled in less than optimum circumstances), and the debtor company, its creditors and other stakeholders would have no opportunity to benefit from the proper resolution of the claim.

Litigation funding was also recently approved for the first time outside of a class action context in Ontario in the private commercial litigation proceeding of Schenk v. Valeant Pharmaceuticals International, 2015 ONSC 3215. In that case, the court noted that as a preliminary matter, and although no prior cases had considered the issue in commercial litigation, it saw no reason why such funding would be inappropriate provided the arrangement was fair and reasonable as between the parties. Although the court initially declined to approve the funding arrangement at issue as fair and reasonable in light of the open-ended recoveries it granted the funder—the arrangement at issue provided that the funder was entitled to 30% of the recovery initially, increasing to 50% after 20 months, a 5% annual interest rate on all recoveries, and an additional 5% of the total proceeds for every 10% overage in the litigation budget—on a subsequent (unreported) decision dealing with a renegotiated agreement that capped recoveries at 50%, the court ultimately approved the agreement.

Finally such arrangements were arguably also pre-figured in the insolvency context in the CCAA proceedings of Crystallex International Corporation, 2012 ONSC 538 (aff’d 2012 ONCA 404). In the 2012 case, the Ontario Superior Court of Justice (Commercial List) approved a CDN$36 million DIP financing loan that entitled the lenders to, among other things, 35% of any recoveries on the debtor’s sole remaining asset, a US$ 3.4 billion state-investor arbitration claim against Venezuela. Although the loan was approved under provisions of the CCAA dealing with the approval of security for interim DIP financing (the terms for which will frequently provide lenders with significant upside) and not considered as just a vehicle for financing the state-investor claim or in light of third-party funding case law, it does show that there was some precedent for approval of such arrangements as far back as 2011.

So in what circumstances then might such an arrangement in Ontario be approved, and what might it look like? It is necessarily unclear, particularly in light of the relatively brief reasons in Bluberi but the class actions case law as well as Schenk informed the court’s decision in Bluberi and from a review of those cases, it is possible to identify several principles that parties seeking to enter into funding arrangements in the insolvency context should be mindful of:

In April 2018, the Quebec Court of Appeal granted leave to appeal to Bluberi’s former secured lender and another creditor appellant based, in part, on their submission that the litigation funding arrangement at issue constituted a de facto plan of arrangement, and accordingly should be put to a vote in the same manner as a formal plan of arrangement under the CCAA. This contrasts with Bluberi’s position that the funding at issue was not a plan or arrangement, but merely a tool towards the realization of the company’s sole remaining asset, and one that, as noted by the court at the first instance, would not be realizable at all absent the impugned funding.

[1] In a Companies’ Creditors Arrangement Act proceeding, the monitor is an independent officer appointed by the court in an oversight role in connection with the proceedings. 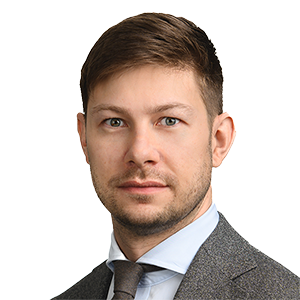