In June of this year, 51.9 per cent of citizens in the United Kingdom (UK) voted in favour of leaving the European Union (EU). The effects of the referendum have been swiftly felt as the pound dropped to its lowest value since 1985, having ramifications in almost every sector. Agriculture is one sector which will face certain disruption for some time yet – by leaving the EU the UK will no longer be part of the EU’s Common Agricultural Policy (CAP). Chancellor Philip Hammond’s recent announcement that the government will match the current level of agricultural funding budgeted under the CAP until 2020 has provided some respite, however, what form and level of support the government will provide following the UK’s exit and the impact of any new policy is yet to be determined.

What is the CAP?

The CAP came into operation in 1962 to increase agricultural productivity so that consumers would have a secure supply of quality and affordable food and ensure that those dependent on agriculture are able to make a reasonable living. Despite undergoing a series of reforms to meet changing economic conditions since then, it remains one of the most significant EU financial commitments, accounting for just under 40 per cent of the EU’s total budget.

Today the CAP comprises two separate ‘pillars’. Pillar 1 (also known as the basic payment scheme) provides direct payments to farmers, in the form of a basic income support. Pillar 2 provides EU funding to governments for rural development programmes (including projects which support the wider rural economy, such as rural tourism), which governments are required to match. The UK receives more than £3 billion each year in subsidies under the CAP and many farmers rely on this to break even.

Is the current system effective?

The CAP policy has successfully achieved many of its goals - it gives the EU food security, promotes quality and diverse produce and increasingly is used to protect rural communities and the environment. However, there are a number of elements that are unpopular. For example:

As a result of ‘Brexit’ the UK will have a real opportunity to address these perceived failings as well as the broader issues of trade, immigration (including the large number of foreign workers the sector employs), environmental aspects and animal welfare, to create a comprehensive system that meets the UK’s needs today and into the future.

What is the way forward?

In the short term little is expected to change. The government’s announcement that it will match the amount of funding expected under the CAP to 2020 buys it valuable time, although the UK’s exit is not expected to take effect until 2019 anyway. The World Trade Organisation is expected to have some influence on any new policies and farmers, food producers and environmental groups will all seek to lobby the government for their preferred system of subsidies and regulation. Going forward, it is impossible to know what shape or form of policies and subsidies, the government may implement as the UK’s exit strategy and negotiations develop.

Some commentators suggest that farming subsidies should be eliminated altogether, allowing market forces to determine productivity and competitiveness. This has proven a positive move for other nations in the past. Faced with a budget crisis, New Zealand’s government repealed nearly all of the country’s farm subsidies in 1984. While their agricultural sector unarguably faced a tough period, few of the country’s full time farmers went under. Left to rely on consumer demand, the entire agribusiness supply chain became more efficient, innovative and competitive and the land benefited with a decline in pesticide use, soil erosion and overstocking.

Given the strategic importance of agri-business in the UK and the UK’s significant food-processing industry which relies on raw agricultural product, it seems unlikely the government would take this approach, however, it cannot be assumed that the UK government will continue to subsidise farmers to current levels either. The government has previously stated its belief that the current Pillar 1 payments distort the market and place an unjustifiable burden on spending so it is possible these payments may not continue in their current form. Pillar 2 provisions, which seek to address environmental and conservational aspects may, however, continue or even increase under a policy which incentivises environmentalism and rural tourism. 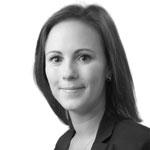