In the present uncertain economic climate, many banks are transferring their contributions to loan facilities to the secondary debt market in order to replenish their cash reserves and improve liquidity.This has been seen particularly in shipping loans, where news of a number of banks disposing their loan assets has featured recently across the media. Loan transfers are a concern for borrowers and disputes over proposed transferees arise commonly between borrowers and lenders. A borrower may be faced with the prospect of their lender becoming a third party with whom they have no commercial relationship and with whom they would not have chosen to have a lender/borrower relationship. A borrower has a genuine commercial interest in ensuring that it is not going to be disadvantaged by a transfer and by the identity of the new lender. It is for this reason that facility loan agreements generally contain provisions restricting changes to the lenders. Typically, the lender can only assign or transfer its rights to a defined class of permitted transferees. Loan transfer disputes often revolve around the interpretation of these restrictions on transfer.

The standard 1997 Loan Market Association (LMA) loan agreement form (the “LMA Agreement”) had such a restriction. It stated that transfers could only be effected to a “bank or other financial institution”. The LMA Agreement did not define the expression “bank or other financial institution”, but it was considered by the Court of Appeal in Argo Fund Ltd v Essar Steel Ltd [2006] 2 Lloyd’s Rep 134 (Argo Fund). Argo was a hedge fund incorporated in the Cayman Islands and held a portfolio of debt purchased mainly on the secondary market. It specialised in acquiring distressed debt at a discount and then pursuing aggressive enforcement strategies. Argo purchased a portion of Essar’s debt and when Essar defaulted it commenced proceedings seeking repayment of the entire debt plus interest. Essar argued that the transfer was invalid because the expression “a bank or other financial institution” was limited to transferees who were akin to a bank, active in the primary debt market and could not include institutions other than banks (i.e. hedge funds).

The decision in Argo Fund therefore sets a very low bar for transferees to qualify as financial institutions. According to that decision, a transferee will qualify merely if it has a lawful existence and carries on some form of commercial finance business. This test may have been appropriate given the particular circumstances: the borrower was in serious default and the Court considered the borrower’s application was a tactical effort to avoid its responsibilities. Later, in British Energy Power and Trading Limited v Credit Suisse [2008] 2 All ER (Comm) 524 Sir Anthony Clarke MR considered Argo Fund and observed that on the construction of “financial institution” adopted in that case, a “large number of entities, including hedge funds” would qualify as permitted transferees.

But does the decision in the Argo Fund mean that hedge funds will constitute permissible transferees without any limitation? A first instance court will be bound by the Court of Appeal decision in the Argo Fund to apply the same lenient approach when considering whether a hedge fund is a “financial institution”. The following factors could nevertheless be used to distinguish Argo Fund:

Does the hedge fund carry out business concerning commercial finance?

In most cases (if not all) (i) a fund will be duly incorporated and (ii) the business carried out by the fund will be lawful in its place of incorporation, thereby satisfying the first two limbs of the definition set out in Argo Fund. The critical limb is whether a fund actually “carries out business” and, if so, whether that business concerns “commercial finance”. This is essentially a question of fact. For example, a limited liability asset-holding shell company arguably does not satisfy the definition. Equally, if an entity does not trade then arguably it does not carry on any business, whether in commercial finance or otherwise. Furthermore, such an entity would have no real substance, contrary to its description as an “institution”. Accordingly, borrowers should establish whether a proposed transferee does or will provide capital to financial markets through making or trading in loans, securities or other financial assets or whether it is incorporated specifically and solely for the purpose of the transfer of this particular loan and has no other business.

Has the loan been fully drawn and is the borrower in default?

It may be possible to distinguish Argo Fund if the loan is not fully drawn with the borrower in default. In that case, the Court viewed the borrower’s challenge to the transfer as a “device” to avoid honouring its debt and gave little weight to the borrower’s concerns about having a hedge fund as a counterparty. The borrower’s commercial relationship with an established bank with a presence in the shipping industry may carry more weight with a Court when the borrower is not in default.

Is the loan a term or revolving facility?

Given that Argo Fund sets a very low bar for transferees to qualify as financial institutions, there may be a risk that a lender transfers its commitment to a transferee who is incapable of fulfilling the primary lending obligation. In Argo Fund, Lord Justice Rix expressly refused to consider transfers associated with obligations to lend monies in the future (under a revolving facility, for example). A counterparty that owes obligations to the borrower is fundamentally different to one that is only the beneficiary of obligations and questions as to the commercial relationship and the nature of the transferee are clearly more relevant. Therefore, in these cases, a narrower definition of “financial institution” may be appropriate.

Contractual wording and other potential restrictions/conditions?

A borrower may argue that failure to satisfy a contractual condition invalidates any transfer, irrespective of the qualities of the transferee. For instance, it is not uncommon for facility loan agreements to require that the lender notifies the borrower of its intention to transfer or consults with the borrower or obtains its consent in advance of a transfer. There may be scope for a borrower to argue that failure to satisfy a condition means that the transfer will have no legal effect. This will depend on the precise wording and the nature of the condition – although most conditions on transfer would be ineffective if a breach only led to a remedy in damages, breach of a purely administrative requirement may not invalidate the transfer. Of course, this argument is only available where a condition to transfer has not been satisfied. Where borrower consent is necessary before a transfer, the contract may only allow refusal on reasonable grounds and, even if the contractual discretion is expressed to be absolute, courts will generally forbid refusal where it would be irrational or take into account irrelevant considerations.

The secondary loan market has recently seen an expansion in lenders transferring their loans to SPVs. Any transfer to an SPV of a loan subject to the standard LMA Agreement restriction will have no legal effect if the SPV does not fall within the definition of a “financial institution”, which will depend on the same considerations as discussed for hedge funds above.

A more interesting and increasingly common scenario is when the lender seeks to transfer the loan to a group of hedge funds which, in turn, will transfer the loan to an SPV. Although the SPV, taken in isolation, is not a financial institution, it may satisfy the LMA Agreement restriction if it is established by the hedge funds as a structure through which to carry on their usual business, albeit on a joint basis. The argument is that the combination of the funds and the SPV is a legitimate structure which allows the funds to undertake business together; and that, accordingly, when considering whether the SPV is a financial institution, the Court should focus on whether the structure as a whole meets that definition, rather than simply the SPV in isolation. If an individual hedge fund can be a financial institution, then the same should apply to an entity set up by two or more hedge funds to carry on business on a joint basis. The strength of this argument will depend on circumstances such as whether the SPV was part of an established structure with a trading history at the time of the transfer and whether the SPV is a subsidiary of one of the hedge funds or related to them more remotely.

The trend for banks to transfer their commitments under loan facility agreements to the secondary market is likely to continue and the number of unconventional entrants to the secondary market, including funds investing directly and through SPV structures, is similarly increasing. Borrowers have a legitimate commercial interest in the identity of any transferee and maintaining their commercial relationships. Therefore, disputes may well arise when a lender seeks to transfer its loan commitment. While Argo Fund sets a very low threshold for transferees to qualify as “financial institutions”, the distinguishing factors set out here might be used by borrowers in disputes over loan transfers. 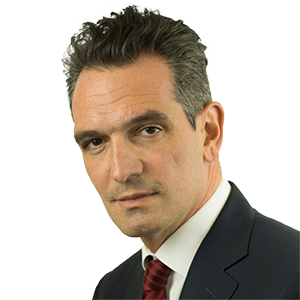