The appropriate approach to be taken in a shareholders’ agreement in relation to the transfer of shares and exit provisions will largely be dependent on each party’s rationale for entering into the joint venture arrangement in the first place. For instance:

The transfer provisions will also need to be flexible enough to allow for future changes in circumstances, both of the shareholders and of the joint venture company.

Restrictions on transfer of shares

In a joint venture arrangement, it is usual for each shareholder to want some comfort as to who will be its co-shareholder going forward. There are a range of restrictions that may be appropriate, from a complete prohibition on transfers without consent, to no restrictions at all (except perhaps for a prohibition on transfers to certain categories of restricted persons, such as those subject to sanctions or incorporated in a country on the UN blacklist).

Most shareholders’ agreements will include provisions which fall between these two extremes. It is fairly common, particularly where the joint venture relates to a new project, for there to be an initial period – commonly known as a “lock-in period” – where no transfers of shares are permitted (perhaps subject to exceptions for example intra-group transfers).

There are two types of pre-emption rights commonly seen in shareholders’ agreements, but the two approaches can have very different implications.

By contrast, where there is a “right of first refusal” (ROFR) – also sometimes called a “right to match” – the selling shareholder must first agree terms with a third-party purchaser, and then give the remaining shareholder the opportunity to buy the shares on the same terms.

A ROFO is therefore usually more attractive for a selling shareholder – it can seek a buyer for its shares knowing that it has an offer in its pocket against which it can invite higher offers. Under a ROFR, by contrast, it must go to the time and expense of negotiating terms with a third party, only to face the possibility that this deal will be unwound by the remaining shareholder. The existence of the ROFR itself will make finding a third party to buy the shares harder (as the third party may be reluctant to enter into negotiations knowing it may lose the deal). For the remaining shareholder, a ROFR is usually preferable, as the price it pays will have been market tested by the selling shareholder.

Drag along and tag along rights

Some shareholders will enter into a joint venture with a very clear goal in terms of achieving an exit in a specified time frame. The proposed manner of their exit may not be limited to a sale of their shares, but may include disposal of the business of the joint venture, a disposal of the entire issued share capital, or an IPO of the shares in the joint venture. Such a shareholder is likely to require a clear timeline of when the exit process will be initiated, and the obligations on the other shareholders to co-operate in that process. These obligations may extend to implementing any reorganisation of the share structure necessary or desirable for an IPO, the provision of information, and the acceptance of certain terms (such as restrictions on disposing of shares following the IPO, or warranties to be provided on a share sale) intended to facilitate the exit. For a minority shareholder in this scenario, it will be important to that they are treated fairly on an exit and benefit from the exit on terms equivalent to the shareholder that is driving the exit process.

Although we have so far focused on the mechanisms for transferring shares, there are of course wider implications to be considered when a shareholder disposes of its interest in the joint venture.

The parties will need to consider whether it is likely that any conditions to the transfer will be required (for example, competition clearances or bank consents) and how the process of obtaining those consents, and the consequences of failing to obtain them, will affect the process for implementing the prescribed process under the shareholders’ agreement.

It also may not just be shares involved in the transaction. If a shareholder has advanced loans to the Company, it is usual for these to be “stapled” to the shares, so that shares and debt are transferred together (and in equal proportions on a disposal of part only of a shareholder’s interest). If there are commercial contracts in place between the joint venture and its shareholders (such as supply agreements, IP licences or secondment arrangements) then the impact of a shareholder’s departure on those arrangements will also need to contemplated (either in the shareholders’ agreement or in the contracts themselves). 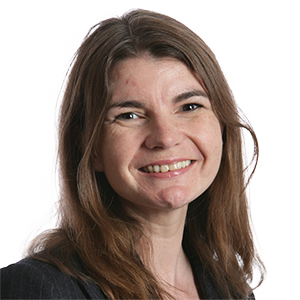