This article was originally published in Insurance Day on September 17, 2020.

While it is clear that pricing in the general insurance (GI) sector has been an area of ever increasing focus within UK regulation, with the FCA being driven to an increasingly interventionist rhetoric in light of lukewarm efforts within the industry to implement effective change, the current coronavirus (COVID-19) pandemic has further amplified an already highly topical issue.

This article looks at the roots of the FCA’s dive into the pricing practices of the GI sector and suggests that the regulatory laser is likely to focus squarely on failings with pricing practices, whether pre-existing or as a consequence of COVID-19, as the industry starts to emerge from and look beyond the economic detritus of the last few months.

In October 2019, the FCA published its preliminary findings into the pricing practices of insurance firms in the GI sector and the effects these practices have on consumers (MS18/1.2, referred to here as the Interim Report).

In the same month, the FCA launched the fourth stage of its general insurance value measure pilot assessing core products against value measures (to which price is fundamental) and released a detailed evaluation paper (EP19/1) on the effects of its intervention into transparency at insurance renewal in 2017, quantifying the impact of its intervention at an £185m benefit to customers.

These developments followed the implementation of the Insurance Distribution Directive in 2018 and, in the same year, the publication of FCA’s feedback statement (FS19/04) on the fair pricing in financial services markets discussion paper (DP18/9), the thematic review of pricing in the household market (TR18/4) and the Dear CEO letter, amongst others. When considered as a whole, it is apparent that the FCA has increasingly considered pricing to be integral to its strategic and operational objectives and responded accordingly, communicating its expectations for GI firms undertaking pricing practices in clear and unequivocal terms.

However, at the start of 2020, the FCA published an open portfolio strategy letter to the GI market, indicating its serious concern that firms had failed to adequately address the significant issues with problematic pricing practices identified in these initiatives and signalling the start of a more interventionist approach. This message was firmly reiterated in the FCA’s Business Plan and Sector View in February 2020.

Even at this point, however, the catastrophic effects of the pandemic had, in the UK at least, yet to become fully evident.

Key finding of the Interim Report

The Interim Report, which was released before COVID-19 but is now even more acutely relevant, identified a number of pricing practices which, in the FCA’s view, compromise and subvert a competitively effective market. These practices resulted in 6 million consumers paying a disproportionately high amount as premium in 2018, at a cost of £1.2bn. The FCA found:

The key remedies proposed to address these practices are results driven and uncompromising:

It is not just the FCA which is maintaining a consistent and increasingly scathing message on the importance of pricing practices and the potential for customer harm.

The Competition Markets Authority (CMA), which has been reporting on the impact of the “loyalty penalty” (i.e. where longstanding customers are increasingly worse off than new customers) since its response in December 2018 to the super-complaint from Citizens Advice, released its six-monthly update on July 13 this year.

The CMA update, which unsurprisingly focussed predominantly on the impact of the COVID-19 crisis on both firms and customers alike, was very clear that while the FCA’s work on pricing had been temporarily paused while it responded to the fallout from the pandemic, it is now more important than ever before for regulators, industry bodies and firms themselves to be reviewing pricing practices actively for potential detriment to customers.

It identified that all customers are now more likely to have less time to shop around and obtain the best deals for their financial products and be less confident in doing so, whereas vulnerable customers are experiencing ever higher levels of problem debt (and are therefore even more impacted by problematic pricing practices identified in the FCA’s Interim Report). Furthermore, the CMA is derisive about the conclusions in the Interim Report that 6 million customers paid significantly over market average for their policy cover. When you consider that the FCA considers a “high” margin to be 50 per cent over market average and a “very high” margin is double market average, and for Home (contents only) one in three customers were paying a “high” margin and one in five “very high”, it is not hard to see why.

Although the publication of the FCA’s final report and consultation on remedies has been delayed to an as yet unspecified future date, the CMA update shows that regulators are adopting a hardline approach to firms despite the difficulty of current market conditions. It seems inevitable that the FCA will be similarly unsympathetic to the firms seeking to mitigate against the economic impact of COVID-19 by continuing to impose ever higher margins on customers or otherwise employing practices that create barriers to switching provider.

While the FCA will undoubtedly be cognisant of the impact and costs to firms of complying with its remedies, the findings of its evaluation into the impact of its intervention into transparency at insurance renewal in 2017 indicate that more prescriptive intervention drives effective change at less cost to firms than expected. In addition, the recent conclusions of the CMA that consumers with vulnerable characteristics are more likely than ever before to be impacted by harmful pricing practices are, particularly when considered against the backdrop of the fair pricing framework, a further indicator that significant remedies are likely to be proposed.

In the meantime, firms can prepare for the publication of the final report by actively reviewing pricing models and MI for legacy as well as live lines of business. It also seems likely that firms will have to anticipate a need to increase prices for new customers to hedge against lower prices for renewing customers, which may impact the ability of certain firms to compete in particular markets. Further,  there are likely to be at least some changes to the current presumption that contracts are to be auto-renewed (such as an opt-out).

Crucially, the FCA’s commitment to driving meaningful pricing reform should not be underestimated and firms should start to address issues with pricing practices as soon as possible to ensure they are not behind the curve. 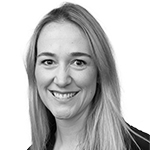