On 1 December 2015, the Scottish Court of Session handed down a declaration of ineffectiveness under the Scottish public procurement rules. This is the first time a UK court has issued such a declaration.1 The judgment – in Lightways (Contractors) Limited v Inverclyde Council [2015] CSOH 1692 – is currently on appeal but if upheld is likely to have far-reaching implications for contracting authorities and tenderers throughout the UK.

Ineffectiveness as a remedy in public procurement law

Ineffectiveness is the most draconian remedy in public procurement law, and was introduced in the UK in 20113 to give effect to new rules introduced at European Union level. Now contained in the Public Contracts Regulations 2015 (in England, Wales and Northern Ireland), a declaration of ineffectiveness means that a court:

Ineffectiveness can only be ordered if it is established that a contracting authority has entered into a public contract either:

The courts enjoy a discretion not to cancel the contract where there are overriding reasons relating to the general interest for not doing so. However, in such circumstances, the court must either shorten the contract term or order the payment by the contracting authority of a financial penalty.5

In contrast with other claims under public procurement legislation (which must be triggered within 30 days of an alleged breach), an ineffectiveness claim can be issued at any time up to six months after the facts giving rise to the dispute.

The Court of Session judgment

The pursuers, Lightways (Contractors) Limited (Lightways) are competitors of LLP but also were not on the relevant panel. Lightways sought a declaration of ineffectiveness in respect of the contract between Inverclyde and LLP.

Inverclyde accepted that it had erroneously entered into the contract with LLP instead of OW, but argued that it would be in breach of the principle of proportionality for the Court not to permit the error to be rectified by means of the novation of the contract from LLP to OW. Inverclyde also challenged Lightways’ standing to challenge the contract award, on the basis that the latter could not have been awarded the contract in any case.

The Court held that the principle of proportionality related to circumstances where a public authority sought to impose onerous conditions or requirements on tenderers – therefore, it could not be relied upon by a public authority to avoid the consequences arising from its own failure to act within the regulations. In relation to standing, the Court ruled that Lightways was entitled to initiate the proceedings by reason of its status as an economic operator affected by Inverclyde’s decision to award a contract to its competitor without holding a fresh procurement process.
The Court of Session stated that it might have ordered the contract to be rectified if the error was merely a “minor clerical” mistake, but it considered the error in this case to be too serious to merit such rectification.

Consequently, the Court issued a declaration of ineffectiveness but deferred a decision on the consequences arising from its declaration.

The decision is currently on appeal before the Scottish Courts but, if it is upheld, public authorities and tenderers throughout the UK will undoubtedly be keen to understand how the courts deal with the consequences arising from the declaration. The legislation provides that, in the absence of a pre-existing agreement between the parties dealing with the consequences of a declaration of ineffectiveness, the courts must make an order dealing with the rights and obligations of the parties. It is fair to say that there is considerable uncertainty about the factors to which a court might have regard in making such an order and it is to be hoped that this case will go some way towards clarifying the law in this area.

Moreover, it will be interesting to see if this judgment leads to an increased readiness on the part of other UK courts to deliver similar declarations. Given that heightened risk, parties entering into public and utility contracts (and companies to which such contracts are novated or which acquire contractors benefitting from such contracts) should in future exercise increased caution by taking steps to ensure that any possibility of ineffectiveness proceedings is effectively mitigated or removed.

Ineffectiveness was introduced as a remedy in UK law in 2009.

The judgment is available here.

15 days where the authority does not notify the tenderers by electronic means.

The court may order both remedies under English, Welsh and Northern Irish legislation. 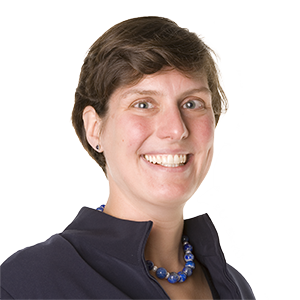