This article was first published in Estates Gazette on January 23, 2020.

Specialised supported housing (SSH) is a type of social housing provided for vulnerable adults with special needs including learning and physical disabilities, mental health problems, drug and alcohol addictions and those at risk of homelessness.

Medical and care improvements have led to higher survival rates at birth and increased life expectancy for people with disabilities, leading to increased demand for this type of housing. Local authorities have statutory obligations to house vulnerable adults based on national policy that promotes people living independently in community-based settings rather than large institutional environments. Research by Mencap estimates that demand for SSH accommodation is set to increase from 22,000-30,000 units in 2017/2018 to 29,000-37,000 units by 2027/28. This is exacerbated by an existing shortage of housing and insufficient new homes being built.

What does SSH mean?

It is worth first taking a closer look at what SSH means, as even housing professionals struggle with the excessive use of jargon. Social housing helps those whose needs are not served by the commercial housing market and is offered at below-market rents. The majority of social housing is termed “general needs” and can be occupied by anyone who meets the allocation criteria of the local authority or housing association. Some social housing providers also offer supported housing. As the name suggests, supported housing provides support to help people live independently in their own home.

SSH is a specific type of supported housing, defined in the Social Housing Rents (Exceptions and Miscellaneous Provisions) Regulations 2016 as specifically designed or adapted for people who require specialised services. There are some additional requirements to qualify as SSH, including that the accommodation must be provided by a Registered Provider (RP). These RPs are organisations that manage social housing, such as local authorities and not-for-profit housing associations, and are regulated by the Regulator of Social Housing. SSH enables tenants to live independently within the community, while receiving a level of care that is approximately the same as that provided by a care home. There is evidence to show SSH accommodation provides better wellbeing outcomes for the individual as well as demonstrating value for money through reduced pressure on public services.

The SSH sector has become a widely recognised investment class within a relatively short space of time. It is estimated that more than £1.5bn of private capital has been invested into the sector in the past five years. We have seen a variety of deals emerging, and one such type is the opco/propco arrangement that has long been popular for operational real estate, such as the leisure and hotels sectors.

This arrangement has been key to unlocking the potential for private investment in SSH, thus allowing the gap caused by a shortage in public funding to be effectively filled. The arrangement, which is effectively a sale and leaseback to the operator, allows parties such as RPs and care providers to maintain the operational side (arguably what they do best) while often deploying the capital released from property holdings into acquiring further sites and expanding SSH provision or investing in service improvements.

The model itself is relatively straightforward. In essence, institutional investors provide capital to acquire and convert or adapt properties for SSH use, which tend to be ordinary homes in community settings. The RP takes a long-term lease, typically 20 years or longer, on full repairing and insuring terms and lease payments with periodic index-linked uplifts. The home is let to individuals via a nominations agreement with a local authority, or in conjunction with the care provider who has been commissioned to provide care locally.

The RP funds the lease payments from the rental inflows and the business should be run so that there is sufficient cash left after the lease payments to manage and maintain the properties and cover the RP’s overheads. The occupier is responsible for paying rent and service charges to their RP landlord, and is often eligible to receive housing benefit to cover the cost of their housing. This means housing benefit is often assumed to underwrite the rental stream and reduce the risk of non-payment. Furthermore, this type of accommodation is eligible for enhanced housing benefit above the capped levels imposed on general needs social housing, as it meets the relevant rent regulation to be classified as “exempt accommodation”. This exemption from rent caps reflects the absence of public subsidy, the specific needs of the individuals being housed in terms of location and adaptations, as well as different property acquisition and development costs found in SSH accommodation. As a result, rents and service charges for SSH are often far in excess of market rents in the area.

With pension funds, private equity investors, hedge funds and REITs all vying to invest significant amounts of capital into SSH, the appeal of this type of investment to institutional investors is self-evident. Long-term index-linked rental liabilities support defined benefits or pensions obligations, and investment into the sector diversifies investment risk and helps meet investors’ socially responsible investment targets while providing high dividend yields. Moreover, the sector has low historical correlation to the general economy, or residential or commercial property, which is particularly advantageous in an economic and political landscape seasoned with caution and delay in the stew of Brexit.

Another unique characteristic of the sector is the regulated environment in which it sits – this benefits investors as the SSH sector has a large number of stakeholders which would otherwise be difficult to monitor, and is generally seen as playing an important role in providing long-term stability. However, while the regulator has acknowledged that private finance “plays an important role” in the sector, it appeared highly critical of the lease-based model in a document published in April last year following the near failure of First Priority Housing Association in early 2018 and the regulator’s downgrading of a number of other RPs whose business models were predicated on taking long-term leases.

Some of the concerns raised by the regulator included poor capitalisation of the RPs, inequitable risk sharing, lack of assurance about appropriate rents and governance failures. Following this, in September last year the regulator took the step of making three statutory appointments to the board of the lease-based supported housing provider Westmoreland Supported Housing, after what the regulator saw as lack of progress following prior regulatory notices and judgments issued against it.

Investment activity has continued at a fairly consistent rate since the turbulence of last year. As the dust continues to settle, it looks as though the regulator may have partly achieved what it set out to do: forcing the sector to reflect and adapt in order to safeguard financial resilience. This makes sense as the regulator’s primary role is to ensure stability in the sector and safeguard housing for vulnerable people.

With the benefit of hindsight, a key lesson learned is the importance of carrying out rigorous due diligence on the overall governance and financial viability of housing management partners and the appropriateness of rent levels, and of monitoring housing management provision closely. However, it is only possible to stress test so far and the biggest risk continues to be the risk of the unknown. A key element of these discussions has been how to future-proof the lease arrangements, for example by incorporating a right to collapse the structure in circumstances that make the arrangements no longer viable. While such an exit would be difficult for investors to accept, it may not be unreasonable where the early exit cost represents a proper pre-estimation of the investors’ breakage costs, perhaps analogous to the early repayment of a traditional loan. However, it is hard to reconcile how this would affect the lives of the residents living in these properties as their homes.

While the General Election result marked the start of a new era in British politics, it is unlikely to prove pivotal in the housing sphere. The government’s manifesto gave little priority to housing; it only briefly mentions homelessness and a commitment to publishing a social housing white paper while its focus is clearly on private homeownership and first-time buyers. However, it was a Conservative government that enacted the Homelessness Reduction Act 2017, which marked one of the biggest changes to the rights of homeless people in 15 years. Its manifesto pledge to end rough sleeping by 2025 shows ongoing commitment to community investment so as to relieve pressure on public services such as the NHS. SSH is very much part of the same toolbox, with clear evidence that SSH delivers better quality of life as well as cost savings for the local authority compared to residential or in-patient care.

The government also pledged to deliver another 1m homes in the next five years. While some would argue the private sector alone cannot solve the current housing crisis, the government expects to achieve this target through a continuation of policies that promote business and private capital.

It is clear that in this coming year social housing will see a focus on providing value for the public purse and policies aimed at working with private developers and private capital rather than against. It is likely that public funding will continue at its current minimal levels, creating its own challenges for the sector. However, opportunities for further investment and the commercialisation of the social housing sector are here to stay. We expect private capital to continue being deployed, whether through the ongoing success of real estate investment trusts such as Civitas Social Housing plc, or through the establishment of new for-profit housing associations such as Sage Housing Association, owned by Blackstone. We also expect a number of new investors to enter the sector this year, bringing new ideas, capacity and resources.

There are more than 650,000 supported homes in Great Britain with over 700,000 people living in this type of accommodation. Approximately a quarter of these people live in specialised supported housing. Projections suggest the overall number of supported homes may need to rise to 845,000 by 2030, which is a 30% increase. To meet this demand, expenditure on social housing would need to rise by 27% from its 2015 levels to £5.24bn in 2030. 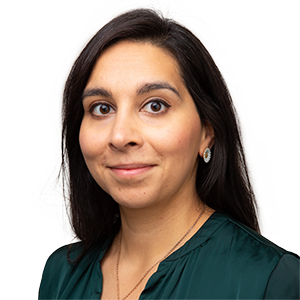