Hello and welcome to the latest in our series of employment videos. My name’s Catrina Smith and I’m a Partner in the Norton Rose Fulbright Employment team in London.

As you are all well aware, the result of the EU referendum on the 23 June was that the UK should leave the EU - and we considered at that early stage what the likely impact would be for employment law. Since then, do we have any clearer idea of the future? On the 10 November, Parliament published a Briefing Paper on Brexit and employment law, and this is the subject of today’s video.

Other EU law, such as the law on agency workers’ rights and working time, has been implemented in the UK by way of secondary legislation – and some EU rights are contained in EU treaties which have direct effect in the UK. In theory, following withdrawal from the EU, these rights would fall away if no saving provisions are put in place. Even if saved, all EU- derived employment rights could be amended or removed at a later date following Brexit.

The Briefing Paper published by Parliament on the 10 November sets out the Government’s position regarding the future of employment rights after Brexit, in an attempt to provide reassurance and certainty. However, on closer analysis it appears to raise more questions than it answers.

The Briefing Paper sets out the Government’s position in relation to certain key issues:

So, if we now take each of these issues in turn, what exactly will happen after Brexit?

When the Government says that all EU employment law will be converted into domestic law, what exactly do they mean? Will it be implemented by primary or secondary legislation – and which aspects of EU law are they referring to?

So what will happen when there’s a conflict between an EU Directive and our own implementing legislation? The current Working Time Regulations are interpreted in accordance with the Working Time Directive but they don’t replicate the wording of the Directive. They also differ from the Directive in that they provide workers with an additional 1.6 weeks’ paid holiday each year. Which laws on working time will continue to apply?

Judgements of the ECJ

ECJ case law has interpreted the way in which EU legislation should be applied, for example, on the calculation of holiday pay under the Working Time Directive.

In the parliamentary debate held on the 7 November, it was made clear that the starting position of the Government is that “EU derived law, from whatever quarter, will be transferred into United Kingdom law in full at the point of exit.”  But it doesn’t give any further details of how this will be effected in practice.  Following this “transfer” will the Supreme Court in the UK be able to overrule past ECJ decisions?

And what about cases which have already been referred by the UK courts to the ECJ, but on which the ECJ hasn’t ruled at the point of exit? Again, there is no further discussion of this point - but it is something which will have to be considered as part of the Brexit negotiations.

In an attempt to provide certainty, the Prime Minister has confirmed that workers’ existing legal rights will be guaranteed during her period in office. However, whilst it may be possible to guarantee that there’ll be no amendments to employment legislation, it’s not clear how she can guarantee that there will be no court decisions during that time which have an impact on workers’ legal rights.

Although the Briefing Paper seeks to give assurance to workers and employers alike that there will be no immediate change to employment rights at the point of exit from the EU, much of the detail is unclear.

However, despite the questions raised, perhaps what we can take away from the Government’s statements is that, so far as workers’ employment rights are concerned, no imminent changes are planned, and it’s the current intention that all EU-derived laws which apply at the point of exit from the EU will be saved by whatever means necessary, and will continue to apply until amended or repealed.

The Great Repeal Bill and further parliamentary discussion is awaited with interest – and we will of course keep you up to date with future developments.

This video is intended to give you a summary of the latest on the implications of Brexit for employment law. If, however, you would like any further information, or have any questions on any aspects of today’s topics, then please don’t hesitate to contact us.

What is the full title of the newly-named Government department, BEIS?

The first person to email me with the answer will receive a bottle of champagne. 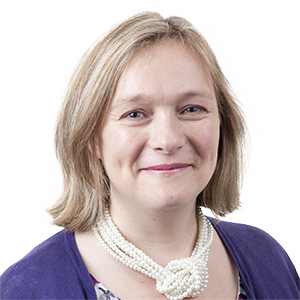