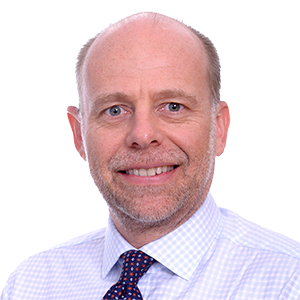 Jeff Smith is a banking lawyer based in London. Jeff focuses on the development, financing and acquisition of energy, infrastructure and telecommunications assets. He is experienced in the fields of project finance, acquisition finance, Islamic finance and debt restructuring.

Jeff advises sponsors, lenders and multilateral and export credit agencies in a number of sectors, with particular emphasis on power, water, waste, oil and gas, petrochemicals, transport infrastructure and telecoms.

Jeff's experience includes advising the sponsors on the financing of the Singapore SportsHub project, which involves the redevelopment of the national stadium. This project was described by Infrastructure Journal as "arguably one of the most remarkable success stories in the project finance arena in a decade".

Jeff has extensive experience in the power sector; his experience includes advising the Indonesian state electricity utility, PLN, on the financing of numerous coal-fired power generation plants under the 10,000MW 'Fast Track' programme; advising International Finance Corporation, part of the World Bank Group, on the private sector investment in the 1200-2000MW greenfield Central Java independent power project; acting for Export-Import Bank of the United States on the financing of a 300MW power project in Sri Lanka and the Asian Development Bank on a water project in Indonesia.

Jeff also acts on the acquisition of assets, particularly in the energy, transport and telecoms sectors. He advised ICICI Bank on the financing of GMR's acquisition of shares in InterGen and a bidder for Globeleq's global power assets.

Mentioned extensively in the legal directories, Jeff is praised for his "immensely commercial approach, ability to meet deadlines and willingness to get the deal done with the least fuss".

Norton Rose Fulbright advises MICRODYN-NADIR on the acquisition of OLTREMARE