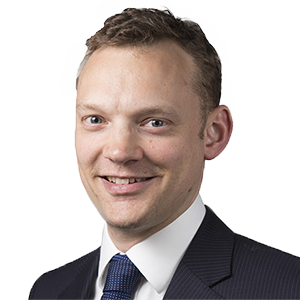 On December 24, 2020, the UK and EU announced the conclusion of a Trade and Cooperation Agreement (TCA) which would govern their future relationship from January 1, 2021, following the expiry of the 11-month transition period after the UK had formally left the EU. This TCA was provisionally adopted by the EU Council on December 29, 2020, pending the consent of the European Parliament in early 2021, and implemented and ratified by the UK Parliament on December 30, 2020 through the ‘European Union (Future Relationship) Bill’.

As keen observers of the Brexit negotiations will be aware, one particularly contentious aspect of the discussions surrounding the TCA has been the question of what role, if any, the Court of Justice of the European Union (CJEU) would play in determining future disputes between the UK and EU.

In its Future Partnership Paper on enforcement and dispute resolution that it published on August 23, 2017, the UK Government made clear that it did not expect any agreements concerning the future relationship between the UK and EU, including the Withdrawal Agreement (WA), to be subject to the jurisdiction of the CJEU. As the Future Partnership Paper noted, “one common feature of most international agreements, including all agreements between the EU and a third country, is that the courts of one party are not given direct jurisdiction over the other in order to resolve disputes between them.  Such an arrangement would be incompatible with the principle of having a fair and neutral means of resolving disputes, as well as with the principle of mutual respect for the sovereignty and legal autonomy of the parties to the agreement.”

Although any disputes between UK and EU concerning the interpretation or application of the WA that could not be resolved through consultations were subject to determination by an arbitration panel, the arbitration panel was prohibited from deciding any question of interpretation of a concept of EU law by virtue of Article 174 and was instead obliged to ask the CJEU to give a binding ruling on that question.

Despite the EU indicating in subsequent negotiations that it expected the CJEU to maintain a role in deciding any disputes that might arise in the course of trade between the UK and EU, the TCA is not subject to any oversight of the CJEU.  Indeed, Article COMPROV.13(3) of the TCA specifically excludes the CJEU from having jurisdiction: “For greater certainty, an interpretation of this Agreement or any supplementing agreement given by the courts of either Party shall not be binding on the courts of the other Party”.

The TCA sets out dispute settlement provisions within Part 6 for the purpose of settling disputes between the parties.  Under these dispute settlement provisions the parties will enter into confidential consultations in the first instance with a view to reaching a mutually agreed solution. Unless the parties agree otherwise, these will be concluded within 30 days of the written request (or within 20 days on matters of urgency, including those regarding perishable goods or seasonal goods or services). In the event that the consultations are unsuccessful the complaining party may request the establishment of an arbitral tribunal. A mechanism is provided for the appointment of three independent arbitrators who have demonstrated expertise in law and international trade.  This tribunal will be required to deliver its binding ruling no later than 160 days after its establishment (or in cases of urgency no later than 80 days after its establishment) which the parties shall make publicly available. Where the tribunal finds that there has been a breach of the TCA, the party at fault will be required to rectify the breach, or agree to provide compensation (if it does neither, the other party can suspend various obligations under the TCA in response to any imbalance identified).

It is worth noting that there are special procedures for remedial measures and rebalancing which apply to certain provisions of the TCA, including the level playing field provisions. These involve consultations followed by an expedited arbitration procedure, under which the tribunal is required to deliver its final ruling within 30 days from its establishment

The extent to which disputes are likely to arise between the UK and EU under the TCA remains to be seen. The only thing for certain is that the CJEU is unlikely to have any role in determining such disputes.