Insurers increasingly must be clear about the scope and exclusions of D&O cover provided in Germany, particularly the high costs associated with compliance investigations.

Effective compliance systems and measures are key for successful businesses. In practice, however, no compliance system is 100 per cent secure and complete assurance cannot be given that compliance violations will not occur in a company.

Once a breach of law has been discovered, this often triggers extensive and expensive internal investigations, where attempted recovery of the loss under the insurance policies will be sought.

If the company suspects crimes or other rule violations have been committed, there exists significant possible criminal offences and a potential degree of criminal liability for company management. Once indications of criminal offences are deliberately ignored, this can have criminal consequences for managers themselves; the possibility of claims for damages under civil law can also arise. The company is generally dependent on the results of internal investigations which are very expensive.

In Germany, there are serious efforts to introduce corporate criminal law. At present, there is no such law in place. Liability of directors and officers only leads to the possibility of fines and the confiscation of assets.

The question arises as to whether the costs incurred or the economic disadvantages arising from the compliance cases can be covered by insurance. Policies do exist which, for example, have a component for reimbursement of internal investigation costs.

Another question is whether an existing but deficient compliance system can justify an insured person’s breach of duty. The principle of legality applies to the executive board, from which a monitoring obligation can be derived. Although individual court decisions have already been made, the minimum requirements for a compliance system have not been clarified by law and it would have to be determined on a case-by-case basis whether these measures were effective in preventing the offence.

In Germany, insurance policies are available in the market to insure fines and the collection of assets. However, it has not yet been clarified in court whether fines are insurable at all. The real purpose of the company fine is to impose an obligation which obliges companies to take out D&O insurance for their managers. A successfully implemented recourse claim would ultimately lead to company-related fine risks always being placed with the directors’ and officers’ liability (D&O) insurers.

This result would call into question the system and the actual purpose of the company fine if the penalty it represents could always be reclaimed through the D&O insurance. On the contrary, costs for internal investigations in the multi-digit-million range have often been incurred, usually in sums significantly higher than the fines.

In practice, the agreed insured sum may prove to be insufficient when insureds are sued, especially in the case of the usual internal liability which is predominant in Germany – unlike, for example, the external liability prevailing in the US. However, not only insured persons, but also policyholders can be affected by the dilemma presented by a sum insufficiently insured.

Due to various criminal offences it is becoming common in Germany for companies and their managers to receive mail from the public prosecutor’s office. When the authorities investigate, they are by no means concerned only with holding the legal person (i.e., the company) to account. They may also target the director of the company and the employees responsible. Those who have to defend themselves against proceedings due to criminal and administrative offences need skilled business lawyers and a criminal law protection policy with a solid set of conditions.

However, more recent policies provide for the fact the company itself is under investigation for possible administrative offences pursuant to s130 of the Administrative Offences Act. In this case, the criminal defence insurance covers the costs incurred in preparing a company statement for the authorities.

As a result, criminal defence insurance is fundamentally suitable for asserting a claim for reimbursement of costs at the beginning of the internal investigation. The limit for insurance cover represents the agreed insured sum per insured event, which several insured persons must share accordingly.

The scope of application of fidelity insurance is restrictive in Germany. One problem area is proof of the insured event. Usually either a civil or criminal court judgment must exist or an acknowledgment of guilt by a notary. Under certain insurance conditions, however, advance compensation in the amount of part of the sum insured is payable as soon as a lawsuit is filed.

Indirect losses are generally excluded in the insurance policies. The terms “indirect” or “direct” damage are actually foreign to German law, as the term “Schaden” is difficult to define (much like the term “reasonable” in Commonwealth jurisdictions). It therefore makes sense to exclude sanctions under criminal and administrative offences law and loss of profit, among other examples.

Contributory negligence on the part of the company may be considered if the company has failed to take the necessary measures to prevent the insured event. Further exclusion clauses exclude insurance cover for a specific trusted third party if the company was already aware of past misconduct.

Depending on the individual case and the contents of the insurance cover, the various policies mentioned above can be considered. The fidelity insurance policy, the criminal law protection policy and the D&O policy should all be concluded side by side to achieve a high compliance standard within the company. 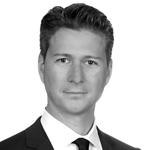 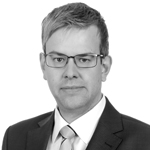