In 2008 the European Commission decided a review of the functioning of the trade mark system in Europe was required in order to further harmonise the national laws of Member States, streamline procedures, facilitate cooperation between Member States, support anti-counterfeiting and to better reflect the modern business environment.

The Max Planck Institute was tasked with the review in 2009 and following its report the Commission launched its proposal for revision of the Directive and the Regulation in March 2013. Finally, following a process of involving drafts, consultations and revisions the European Parliament finally approved the European trade mark reform package in December 2015. The new European Union Trade Mark Regulation and the new Trade Mark Directive were published in the Official Journal of the European Union on 24 and 23 December 2015 respectively.

Below we have set out not an exhaustive list but a list of what we consider to be the most noteworthy points and changes to be aware of:

Trade mark applications will no longer need to represent marks graphically. The expectation is that it will therefore be easier to register non–traditional signs such as sounds or smells. The stated requirement is that the sign applied for is “capable of… being represented on the register in a manner which enables the competent authorities and the public to determine the clear and precise subject matter of the protection afforded to its proprietor”.

The Trade Marks Directive (TMD) and EUTMR have incorporated the CJEU’s decision in the IP Translator case (Case C-307/10). It is important to note that since the decision in this case, the wording of trade mark class specifications is interpreted literally. Trade mark owners should be careful to ensure that all goods and services in respect of which the mark is, or will be, used are included within the class specifications filed to ensure the desired scope of protection is achieved which of course also has a bearing on enforceability. The relevant provision states that goods and services should be identified with sufficient clarity and precision so that the extent of the protection can readily be determined. Whilst the class headings of the Nice classification system may be used they must comply with the required standard.

ACTION POINT: Owners of EUTMs filed before 22 June 2012 may, within six months of the entry into force of the EUTMR, declare that their intention at the date of filing was to seek protection in respect of goods or services, which must be identified clearly and precisely, beyond those covered within the literal meaning of the relevant class heading. The additional goods or services must have been included in the prevailing Nice Class at the time. Without prejudice to the application of provisions on non-use, the Register will then be amended accordingly.

4 | Absolute grounds for Refusal or Invalidity

a. Signs which consist exclusively of the shape or another characteristic which results from the nature of the goods or is necessary to achieve a technical result, or which gives substantial value to the goods, may not be registered.

This absolute ground, which cannot be overcome on evidence of acquired distinctiveness, has been extended to include “other characteristics” beyond shape.

5 | Relative grounds for refusal or invalidity

a. Designation of origin or geographical indications

The owner of a designation of origin or a geographical indication can rely on those rights to prevent the registration and use of a subsequent trade mark.

b. Marks with a reputation – this ground of opposition has been extended to cases where goods or services are similar

Protection for trade marks that have established a reputation are extended. A trade mark opposition can be based on a reputation claim, irrespective of whether the goods and services covered by the opposed applications are similar or dissimilar to the goods or services for which reputation is claimed and where use would take unfair advantage of, or be detrimental to, the distinctive character or repute of the earlier mark.

Using a registered trade mark as a trade or company name (or part of such) is a specific infringement.

ACTION POINT: trade mark owners that do not already subscribe to a company name watching service are recommended to do so.

b. Goods in transit

The owners of EUTMs may be able to prevent third parties from bringing goods in the course of trade into the EU even though those goods are not intended for the EU market. This extends to packaging also. The goods must bear, without authorisation, a mark identical to the EUTM, or one which cannot be distinguished in its essential features, and registered in respect of the same goods. Previously only goods that were put into circulation in the EU were deemed to infringe whereas under this rule the mere transporting or storing of goods through or in the EU could be an infringement.

However, there is an important proviso: the entitlement to prevent goods in transit will lapse if the owner of the goods can show that the trade mark owner is not entitled to prevent the goods being placed on the market in the country of the good’s final destination.

Trade mark owners can bring a claim of infringement to prohibit preparatory acts in relation to the use of packaging, labels or other materials (Materials) to which a trade mark is applied where there’s a risk that such Materials will be used in relation to goods or services and that such use would constitute an infringement of the owner’s rights. Trade mark owners will be able to prevent an identical or similar mark from being applied to Materials and also prevent others from offering, placing on the market, stocking, importing or exporting any offending Materials.

Those who use a trade mark to identify or refer to goods or services have a defence to any claim of infringement. The defence is particularly strong when the trade mark is used to indicate the intended purpose of a product or service, in particular relating to accessories or spare parts.

b. Own name defence

The “own name” defence is now limited so that only natural persons can rely on the fact that they are using their own name or address in accordance with honest business practices as a defence to infringement. Businesses can no longer use this defence. It is therefore important to consider appropriate searches prior to the adoption of trading or company names to ensure there are no relevant prior rights.

A trade mark can be transferred separately from the transfer of a business in respect of some or all of the goods or services for which it is registered. However going forward, unless there is clear agreement to the contrary, a business’ trade marks will automatically be included in any transfer of that business.

This amendment harmonises the rights of licensees across the EU: Licensees can only bring proceedings for trade mark infringement if the trade mark owner consents though an exclusive licensee can bring an action if the owner fails to bring an action within an appropriate period after the licensee has given the owner formal notice.

There is a new fee structure which the Commission predicts will save businesses up to 37% on marks held longer than 10 years. The initial application fee no longer covers up to three classes. Instead, and assuming that applications are filed electronically, there is a reduced fee of €850 for an application in one class, €900 for two classes and €1050 for three classes. Renewal fees are similarly ordered with reduced fees across the board. Additionally, the fees payable for opposition, invalidity or revocation proceedings are all reduced as is the cost of filing an appeal. 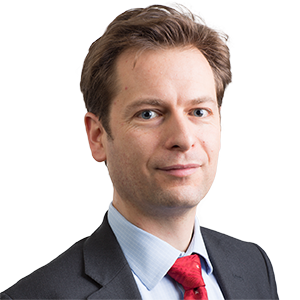