Does your jurisdiction recognise or hold a concept of legal professional privilege? What is it called?

German law does not hold a concept of legal professional privilege in the classical sense, because the German civil law system does not provide a procedure of discovery as known in common law jurisdictions. In civil law proceedings before a German court, each party has to submit the relevant information, i.e. factual arguments substantiating or rejecting a claim as well as evidence to support these facts (so-called principle of production of evidence, “Beibringungsgrundsatz”). Subsequently, the defendant is only entitled to inspect the documents referred to in the claimant’s submissions and vice versa. Generally, the other party cannot request to inspect further documents of the other party (unless the party might exceptionally be granted access to documents under substantive law). Since the concept of disclosure as such does not exist under German law, no exemptions from disclosure by way of privilege are provided.

However, a lawyer-client relationship is protected by the concept of professional secrecy. The obligations and rights posed on to the lawyer in order to protect the client’s best interests are two-fold:

On one side, lawyers have a general professional obligation of confidentiality (“Verschwiegenheitsverpflichtung”).

On the other side, a lawyer obtains rights that he or she may assert before courts or law enforcement authorities in the interest of the client. In both civil and criminal proceedings, lawyers are granted the right to refuse testimony (“Zeugnisverweigerungsrechte”). In this context, certain documents in a lawyers’ possession are expressly protected from disclosure and seizure. In civil proceedings, if – in exception to the principle of the production of evidence – a court orders a party to disclose documents, the lawyer could refuse to do so. In criminal proceedings, a general prohibition of the seizure of documents (“Beschlagnahmeverbot”) and of further investigative measures against a lawyer exist.

What is the basis at law of legal professional privilege in your jurisdiction?

All of the principles stated above are expressly provided in various statutes, inter alia Federal Attorney Code (BRAO), Code of Civil Procedure (ZPO) or Code of Criminal Procedure (StPO).

How does legal professional privilege operate in your jurisdiction in the context of:

…lawyers qualified in your jurisdiction?

The obligation of confidentiality extends to German lawyers as well as their clerks. It is to be understood in a broad sense and includes everything that becomes known to lawyers while exercising their profession. The obligation sets in at the first contact with the client, even if this is only an initial consultation. The duty requires lawyers not to share their clients’ information with any third party as well as to take organizational and technical measures necessary to protect client confidentiality.

In civil and criminal proceedings, lawyers enjoy all of the procedural benefits stated above.

The rules regarding lawyers do not fully apply to in-house lawyers to the same extent.

In the context of civil proceedings, the prevailing opinion grants in-house lawyers the right to refuse testimony as well as the surrender of documents.

In the context of criminal proceedings, in-house lawyers are not granted the same rights as lawyers, as the relationship with their employer is typically one of a more dependant nature. Thus, they are not able to refuse testimony and have to tolerate the seizure of internal documents exchanged with their employer. This general principle was stated by the European Court of Justice (ECJ) on September 14, 2010 in Akzo/Akcros regarding an antitrust law case. However, the ECJ decided that external communication between an in-house lawyer and external lawyers falls under the protection of seizure.

Patent attorneys are obliged to keep their clients’ information confidential in the same way lawyers are. In addition, the Code of Criminal Procedure applies to patent attorneys as well.

Foreign qualified lawyers may invoke a right to refuse testimony in criminal proceedings if they practice a profession abroad that is comparable to that of a German lawyer; this applies irrespectively of whether they provide their services from abroad or whether they are established in Germany. The court must clarify whether the prerequisites for the refusal of testimony exist in each individual case.

What materials or work product does legal professional privilege apply to in your jurisdiction?

The obligation of confidentiality extends to any disclosure of information, whether it is spoken word or the transfer of documents such as court records.

The right to refuse seizure of documents in criminal proceedings covers all documents in the possession of the lawyer, as far as they were prepared for the purpose of defense of the client. This covers correspondence as well as any other written note regarding a trial.

What does legal professional privilege not cover in your jurisdiction?

Notably, the obligation does not apply to the extent that law and justice require or permit an exception, if, for example the client is suspected of having planned to commit a serious crime.

Furthermore, the obligation of confidentiality is not breached if lawyers act with consent of their client, if this is necessary to safeguard legitimate interests, or if it is socially adequate behavior.

The prohibition of seizure in criminal proceedings does not apply if facts give rise to the suspicion that the lawyer is involved in the criminal offense or if the document in question derives from a criminal offense itself.

How is legal professional privilege waived in your jurisdiction, who can waive it, and what are the consequences of waiver?

The client is able to waive the obligation of confidentiality, which then allows the lawyer to testify in proceedings. This waiver can be issued conclusively.

The waiver can be revoked. However, statements made by the lawyer during the period of an existing waiver cannot be taken back and may serve as the basis of a verdict.

Does your jurisdiction recognise or hold a concept of the implied undertaking?

Germany does not hold a general concept of the implied undertaking.

For jurisdictions that do not have the concept of the implied undertaking, are there any similar rules, restrictions or obligations in your jurisdiction?

In German civil proceedings, it is up to each party to decide which of its information shall be made subject to the proceedings. Due to the principle of production of evidence (“Beibringungsgrundsatz”), the parties are free to decide whether and how to submit documents to the court. E.g., if a party bears the burden of proof and is therefore required to submit documents, the latter can be redacted to provide only information relevant for the specific pending proceedings.

There are a few exceptions to the principle of production of evidence. The German Code of Civil Procedure enables the court to order specific documents from a party at its discretion. However, the court cannot enforce the submission of documents. The failure of a party to comply with a court order may rather shift the burden of proof regarding the content of the document to the detriment of the party withholding the document.

A specific exemption is made in the field of antitrust damages, where a court order to provide documentation is enforceable with the threat of fines against the respective party. However, the statutory requirements for such an order are quite high. Additionally, the use of the provided documents for other purposes is restricted.

Especially in the area of intellectual property, specific rules as well as judicial procedures have been established to protect information of the parties during litigation: 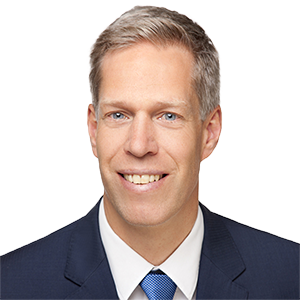 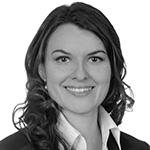 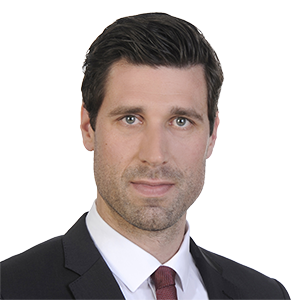