In Teekay Tankers v STX Offshore & Shipbuilding [2017] EWHC 253 (Comm), the High Court considered whether an option agreement relating to the construction of oil tankers was void for uncertainty.

The Claimant, an oil tanker operator, entered into an option agreement with the Defendant, a shipbuilder. The agreement granted the Claimant three options, each in respect of an order of four tankers.  It provided that, upon exercise of an option, delivery dates “shall be mutually agreed” between the parties, but the Defendant “will make best efforts to have a delivery” in 2016 for Option one tankers and in 2017 for Option Two and Three tankers. It also provided that within 10 days of exercise of an option, the parties would enter shipbuilding contracts. The parties and their subsidiaries also entered into other agreements, including four shipbuilding contracts, each in respect of an order of one tanker.

In around mid-2013, the Defendant entered into restructuring discussions with creditors.

The Claimant exercised ‘Option One’ by a letter dated 2 October 2013. However, no delivery dates were ultimately agreed and the parties did not enter into shipbuilding contracts in respect of the four tankers under the option.

The Claimant did not dispute that delivery dates were an essential matter. However, it argued that the parties could not have intended that the option agreement was non-binding and also that it contained an effective mechanism for determination of delivery dates, without the need for future agreement. The Claimant argued the latter point based on two alternate implied terms. Its primary case was the delivery date was the earliest date the Defendant offered using its best efforts in 2016 (Option One) or 2017 (Options Two and Three) and failing this, the earliest date it was able to offer using its best efforts. Alternatively, it argued that the delivery date was an objectively reasonable date having regard to the Defendant’s best efforts obligation, to be determined by the court if not agreed.

The Commercial Court considered the principles on agreements to agree in the leading Court of Appeal authorities of Mamidoil-Jetoil Greek Petroleum and B J Aviation. A key principle arising from these decisions is that, if on a true construction of the contract, the parties have left an essential matter (such as price in a contract for the sale of goods or supply of services) to be agreed in the future, then the contract is likely to be unenforceable due to uncertainty. The decisions are also authority for the proposition that, where the court is satisfied that the parties intended that their bargain be enforceable, it should strive to give effect to that intention by construction or by the implication of a term. However, the implied term cannot be inconsistent with the court’s construction of the express terms of the contract.

The Commercial Court accepted the Claimant’s argument that the parties had intended to enter into a binding contract and therefore it should strive to give effect to the option agreement. It noted, among other matters, that the option agreement was part of a ‘package’ of contracts and the consideration for the Defendant to grant the options included the Claimant’s subsidiaries entering into the shipbuilding contracts.

The court then turned to the implied terms issue. It considered the leading authorities on implied terms, including Marks and Spencer, where the Supreme Court confirmed that an implied term should (to a reasonable reader at the time the contract was made) be so obvious as to go without saying, or to be necessary for business efficacy. The court held that, despite ‘striving to its utmost’, it was unable to imply either term. It held that the first, the ‘offer date’ implied term, would operate as a ‘unilateral’ contract scheme, i.e. the Claimant would be required to accept any delivery date that the Defendant was able to offer using its best efforts. This scheme would be inconsistent with the provision of the option agreement which provided for delivery dates to be mutually agreed. It held that the second, the ‘reasonable date’ implied term, would be inconsistent with the Defendant’s obligation to “make best efforts” to deliver within 2016 or 2017.

The court noted the distinction between on the one hand, an agreement to use best efforts to achieve a particular result and on the other hand, an agreement to use best efforts to reach agreement on an essential term in a contract. It held that the option agreement fell into the latter category. It also briefly commented on the nature of an ‘essential matter’. In the case of MRI Trading a shipping schedule had been left to be agreed between the parties; the Court of Appeal upheld an implied term that the shipping schedule would be reasonable. The Commercial Court distinguished this case on the basis that a shipping schedule was a ‘matter of routine’, and also that in MRI Trading, shipping schedules had been agreed in each of the previous two years (i.e. were readily assessable). It held that in contrast, in this case, delivery dates were an essential matter and not readily assessable, as no criteria had been specified and there were many relevant considerations to agreeing a delivery date.

Accordingly, the Commercial Court held that although the parties intended the option agreement to be binding, it was not enforceable owing to uncertainty, as an essential matter, delivery dates, were not agreed and left for future agreement between the parties. The court also held that, had it not reached this finding, it would have found that the Defendant’s conduct amounted to a renunciation of the contract and that it was liable to the Claimant.

This decision is an illustration that, where an essential matter in a contract is left by the parties to be agreed in the future, there is a risk that if a dispute arises, the contract will be held to be unenforceable. It is notable that in this case, the court found that the parties had intended that the contract be enforceable and that it should aim to uphold their bargain, but nevertheless was unable to do so. A key commercial term of the transaction is likely to be an essential matter, such as price, or delivery dates in this case.

Practically speaking, to minimise this risk, where flexibility is required and an important commercial term cannot be fixed at the time the contract is entered into, the parties should include provisions which operate in default of agreement between the parties.

The case is also a reminder that the courts will be slow to imply terms into a contract where they can be construed to be inconsistent with an existing contractual scheme, even if necessary to give effect to the parties’ intention that the contract be enforceable. 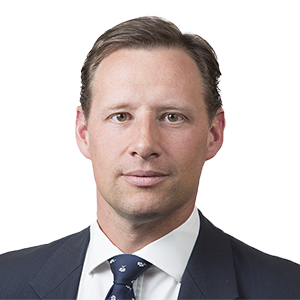 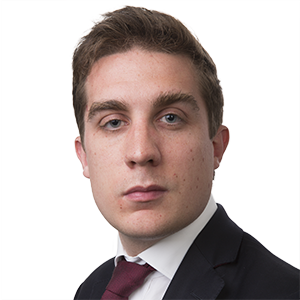