In General Dynamics United Kingdom Limited v The State of Libya [2019] EWCA Civ 1110 the Court of Appeal has ruled that an English court’s discretion to dispense with service extends, in exceptional circumstances, to orders enforcing arbitration awards and judgments against a state.

In January 2016, following an ICC arbitration, a New York Convention award for just over £16 million (the Award) was made in favour of General Dynamics United Kingdom Limited (General Dynamics) against the State of Libya. Libya failed to pay, or make any proposals to pay the sum awarded. General Dynamics, believing that Libya had assets in the England, applied to the High Court for permission to enforce the Award.

The initial order for enforcement of the Award

In accordance with the procedure set out in the Civil Procedure Rules (CPR 62.18), General Dynamics made a without notice application to the High Court, by way of an arbitration claim form, for permission to enforce the Award.

Under s.101 Arbitration Act 1996, not only can an English court grant a party permission to enforce a New York Convention award, but it may also enter a judgment in terms of the award.

At an oral hearing, Teare J made an order (the Order) that included the following:

Within two months, General Dynamics’ application and the Order came to the attention of Libya, which applied to set aside the permission to dispense with service, and the requirement to courier various documents. Libya also applied to vary the date from which General Dynamics could enforce the Award or the Judgment, from two months after the date of the Order, to two months after the date of service of the Order, in compliance with the State Immunity Act 1978.

The default position at English law is that a state is immune from the jurisdiction of the English courts, except where provided for by the State Immunity Act.

“1. - General immunity from jurisdiction.
(1)     A State is immune from the jurisdiction of the courts of the United Kingdom  except as provided in the following provisions of this Part of the Act.”

In this case the State Immunity Act provided two relevant exceptions to this default position, meaning that Libya was not entitled to the protection of state immunity. First, the proceedings before the English court related to a commercial transaction entered into by Libya. Secondly, the proceedings related to an arbitration to which Libya had agreed.

Even where a state is not entitled to state immunity, the State Immunity Act prescribes the process by which documents “required to be served for instituting proceedings against a State shall be served by being transmitted through the Foreign and Commonwealth Office (the FCO) to the Ministry of Foreign Affairs of the State and Service shall be deemed to have been effected when the writ or document is received at the Ministry” (s.12).

Libya contended that, by granting General Dynamics permission to dispense with service and instead courier the documents to various associated addresses, the Order failed to comply with the requirement for service via the FCO. It also argued, that in accordance with the State Immunity Act, the clock should not start running from the date of the Order, but from the date on which the relevant documents were received from the FCO by its relevant ministry, which had not yet occurred.

Can the court dispense with the requirements for service under the State Immunity Act?

The Civil Procedure Rules allow the court to dispense with service of (i) a claim form in “exceptional circumstances” (CPR 6.16); and (ii) any document which is to be served in the proceedings (CPR 6.28).

However, neither rule allows the court to override any requirement of primary legislation, such as the State Immunity Act.

The Court of Appeal found that the requirement for service through the FCO applied only where such documents were instituting proceedings. As Libya had actively participated in the ICC arbitration and had no state immunity in respect of enforcement, the ordinary procedural law of England applied.

Consequently, Teare J had acted within his powers when he dispensed with the requirement for service.

The Court of Appeal held that, where service was dispensed with, it would always be appropriate, as Teare J had done, to notify the state of the order and in a way that would come to the attention of its organs responsible for honouring an award. The Court of Appeal noted that where the order would be the first time a state received notice of a claimant’s attempt to enforce an award, it should apply the “exceptional circumstances” requirement of CPR 6.16, rather than the wider discretion of CPR 6.28.

Libya’s contention was that “exceptional circumstances” had to amount to impossibility was dismissed by the Court of Appeal.

The British Embassy in Libya had been closed, with diplomats moved up the coast to Tunisia. While some diplomatic staff had remained behind and trips into Libya were occasionally possible, the High Court judge in the first instance, Males LJ (sitting as a High Court judge) had heard that Libya was run by parallel governments – only one of which is recognised by the United Kingdom – and armed militias were active across Tripoli. The FCO itself considered service “too dangerous and, even if possible at all, likely to take over a year.” Males LJ found that “[i]f such conditions (and similarly conditions in Syria and Iran … ) do not amount to exceptional circumstances, it is difficult to know what would.”

While dispensing with service is still subject to the discretion of the court, the Court of Appeal’s decision is a welcome one for claimants involved in litigation or arbitration with states. States which have already engaged in the proceedings are subject to the standard procedural laws on service of orders for enforcement of awards. This includes a discretion to dispense with service which may be exercised when, for instance, internal conflict in the state makes service time-consuming and/or dangerous.

Norton Rose Fulbright has produced a global guide to state immunity, which sets out the essential information needed by financial institutions lending to, or by corporates transacting with, sovereign entities. It contains answers to the key questions presented country by country and in a comparative format. Further information can be found here.

A copy of the Court of Appeal judgment can be found here.

A copy of the High Court judgment can be found here. 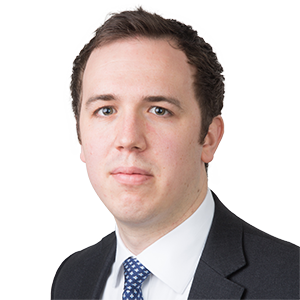 In Balhousie, the Supreme Court has held that a sale and leaseback which was used to finance the zero-rated acqui-sition of land did not have the result that the person entering into that sale and leaseback as vendor/lessee had dis-posed of its entire interest in the land for VAT purposes