On June 24, 2016, Francis Mella was imprisoned for a term of three months as punishment for his contempt of court. The court found that not only was Mr. Mella in contempt of a previous court order, but that his conduct also exhibited contempt of a judgment in a civil action.

The imprisonment resulted from the March 23, 2016 order of Justice Shelley in 336239 Alberta Ltd v Mella. Justice Shelley ordered that, if significant fines were not paid in relation to a previous contempt order (First Contempt Order), plus an additional fine for the ongoing contempt, Mr. Mella would have to return and show cause why he should not be imprisoned (Second Contempt Order). The contempt was not purged, and Mr. Mella therefore found himself in jail. On July 27, 2016, the Court of Appeal refused a stay of the Second Contempt Order and declined to release Mr. Mella pending the hearing of his appeal.

Mr. Mella was sued by the plaintiff for fraudulent misappropriation of funds which he had then conveyed to various other Defendants. After commencing the action, the plaintiff obtained an attachment order limiting Mr. Mella’s permitted monthly expenditures (Attachment Order).

Shortly after, Mr. Mella overspent $11,133.37 in violation of the Attachment Order. Pursuant to the First Contempt Order, Mr. Mella was ordered to make full repayment of the amount overspent; if he did not do so within seven days, he would be subject to a fine of $1,000 and an ongoing fine of $200 for each day that the contempt was not purged.

The plaintiffs then filed an application for summary judgment, to which Mr. Mella ultimately consented in the amount of $2,269,757 (Consent Judgment). As part of the agreement leading to the Consent Judgment (Agreement), the Attachment Order was vacated, and Mr. Mella transferred $100,000 to the plaintiff from his RRSP account.

The plaintiff sought the Second Contempt Order, arguing that not only had Mr. Mella failed to purge his contempt as per the First Contempt Order, but he was also in further contempt as a result of his deliberate steps to avoid enforcement of the Consent Judgment, “carrying on as if the [Consent] Judgment did not exist and instructing third parties to lie to the plaintiff and to be deceitful in relation to their dealings with the Defendants.”

Mr. Mella argued, among other things, that the First Contempt Order was purged when the Attachment Order was vacated, and that payment of the $100,000 pursuant to the Agreement satisfied any obligations that may be remaining under the First Contempt Order. His counsel conceded that Mr. Mella was “not an exemplary litigant,” but that he had taken reasonable steps to comply with Orders.

The court agreed with the plaintiff, holding that (i) payment of $100,000 was payment towards the Consent Judgment and not intended to purge the contempt, and (ii) the fact that the Agreement included a provision to vacate the Attachment Order did not expunge the contempt that had already been found for breach of that order. The court stated that “the obligation is one owed to the court, and the evidence does not establish a connection between the payment and the contempt.” Citing the Ontario Court of Appeal, Justice Shelley noted that “[c]ontempt of court for breach of a court order is an offence against the authority of the court and the administration of justice.”

Of particular interest in Justice Shelley’s decision, and in the refusal of the Court of Appeal to stay that decision pending the appeal, is the court’s finding that, in addition to failing to abide by the First Contempt Order, Mr. Mella’s post-judgment conduct was itself contemptuous. The court noted that after agreeing to the Consent Judgment, Mr. Mella’s conduct was clearly designed to avoid enforcement of the Consent Judgment, constituting contempt of the Consent Judgment. In reaching this conclusion, Justice Shelley considered case authorities from Manitoba and British Columbia in which a defendant’s conduct in fraudulently conveying assets was found to be contemptuous and constituted attempts to “play fast and loose with the judicial system.”

Application to other Actions

Subject to the decision of the Court of Appeal following the appeal hearing this September, the decisions in this case lend support to future plaintiffs seeking to enforce their judgments against a devious defendant determined not to pay. For example, in addition to bringing an action for a fraudulent conveyance where a judgment debtor has attempted to shield his property from the creditor, depending on the egregiousness and severity of the defendant’s conduct, the creditor may also seek a contempt order.

The facts of this case were particularly compelling in favour of the serious consequences imposed on the defendant, including the value of the judgment, its basis in fraud, and Mr. Mella’s obvious and ongoing disregard for the authority of the court. It remains to be seen what the threshold will be in the future for conduct that the court considers so significantly contemptuous that massive fines and imprisonment are seen as appropriate remedies, and if conduct not quite as severe as what occurred in this case will still qualify for similar penalties. In any event, the decisions should act as a warning to defendants and judgment debtors that judgments of the court cannot be evaded with impunity, nor can its orders be simply ignored. 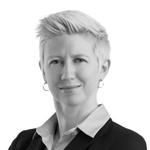