On October 21, 2020, Alberta introduced Bill 37: The Builders’ Lien (Prompt Payment) Amendment Act, 2020 proposing changes to Alberta’s Builders’ Lien Act (the Act), including renaming it the Prompt Payment and Construction Lien Act. Bill 37 was amended on November 4 in response to concerns raised during its second reading and remains under debate. It is expected to become law in the summer of 2021.

The Bill seeks to modernize the Act to respond to criticism from stakeholders. Broadly speaking, the Bill is intended to speed up payment and dispute resolution in the construction industry, mirroring changes previously put in place federally and in Saskatchewan, Ontario, Quebec (by pilot project), and Nova Scotia. Only the Ontario and Quebec changes are currently in effect.

The original draft of Bill 37 would have required owners, contractors and subcontractors to complete payment within 28 days of being invoiced, regardless of whether that party had received payment from those higher up in the construction pyramid.

However, under the November 4 amendments, payments to subcontractors are dictated by the date of receipt of payment, rather than the date of invoicing.  Bill 37 requires owners to complete payment to contractors within 28 days of receiving a “proper invoice” (except where a notice of dispute has been issued within 14 days of receipt), and each subsequent contractor must issue payment by:

This is consistent with the payment process in Ontario, Saskatchewan, Quebec, Nova Scotia and federally (although the buffer period differs across the jurisdictions).

The November 4 amendments also added the requirement that a “proper invoice” be provided to the owner at least every 31 days, unless the contract includes a provision for the testing and commissioning of the work done and those conditions are not met. This is similar to the Ontario, Saskatchewan, and federal legislation, which require that a “proper invoice” be provided on a monthly basis, unless varied by contract.

The Bill proposes a final and binding adjudication scheme to resolve construction disputes. Ontario and Saskatchewan provide for a broad range of disputes that can be referred to adjudication, including service valuation, change orders and non-payment, while Nova Scotia, Quebec, and the federal government permit adjudication only for claims of non-payment. No other jurisdiction has suggested that the adjudication process is final and binding, a notable difference contained in Alberta’s Bill. Bill 37 does not currently specify what types of disputes can be referred to adjudication; we anticipate these will be outlined in subsequent regulation.

Further, Ontario, Saskatchewan, Quebec, and the federal government set out procedures for giving notice of adjudication, calculating adjudication fees and appointing adjudicators. Bill 37 does not address these points, which we similarly anticipate will be determined by subsequent regulation.

Bill 37 extends the lien filing periods from 45 to 60 days generally, and from 45 days to 90 days for the concrete industry.

The Bill will also permit holdbacks on liens to be released intermittently for multi-year projects once certain milestones are achieved. Specifically, the holdback must be released if:

Interestingly, the Bill does not address:

This is in contrast to Ontario and Saskatchewan legislation, where the previous legislation will continue to apply to any subcontracts entered into after the amendments have come into force, so long as the parent contract predates the amendments. The federal legislation similarly provides a one-year grace period to contracts predating the amendments.

Bill 37 brings Alberta’s lien legislation into closer alignment with its counterparts in other jurisdictions. It will require important changes to standard form contracts and policies and the procedures for handling process payments and receivables should be reassessed.

Our construction group in Calgary is monitoring the progress of these developments and is well positioned to consult with existing or prospective clients who may be concerned about the implementation of Bill 37 in Alberta and its effect on their businesses and operations.

The authors wish to thank articling student Alison Fung for her help in preparing this legal update. 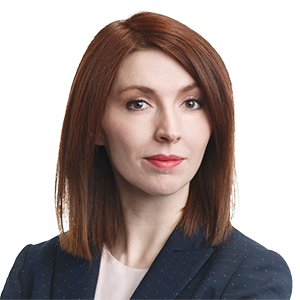 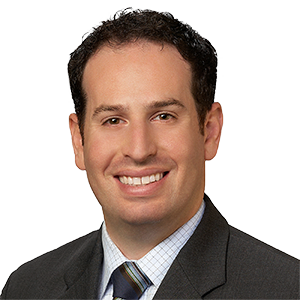